SATA CLARA — March 06th, 2012 — Mobile smart phones are changing the way we live, socialize and do our businesses. Our phones have replaced many other once-common tools, from GPS devices to handheld gaming consoles, notebooks, calendars, point-and-shoot cameras, newspapers and portable audio players.

At a local technology event in San Jose, Nexscience, a California based startup, announced the release of a new mobile application called ‘Scanner Pro’ for iPhone, iPad and iPod Touch devices. The app is the latest in a series of innovative ideas introduced to the Apple users by the developer community.
Click Here to View the Product on App Store:
The new application allows the users to Scan, Print, Download, View and Share files on their iPhone, iPad and iPod Touch devices. It supports Microsoft Word, Excel, Power Point, PDF, Text and wide variety of sound and image file formats. Users can download files from virtually anywhere : from the internet, from a computer in their wifi network, through a USB cable or from an external file management system like Dropbox or Google Docs.“Mobile Smart Phones are now capable of doing what we used to do with our desktop computers” said Faisal Faruqi, CTO for Nexscience and an Industry veteran. “With more and more computing power and rich hardware capability in smart phones, the innovation in applications is taking the benefits of mobile technology directly to common users” About Nexscience: Nexscience was launched in 2009 as the company focusing on building the Next Generation of applications for mobile platforms. Nexscience is based in Santa Clara, CA. 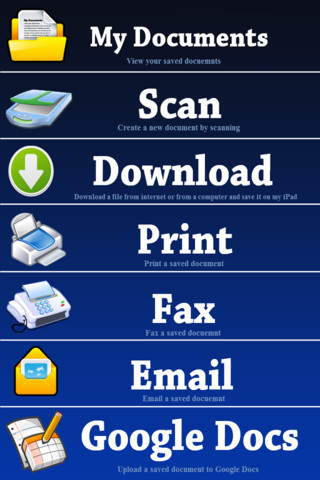 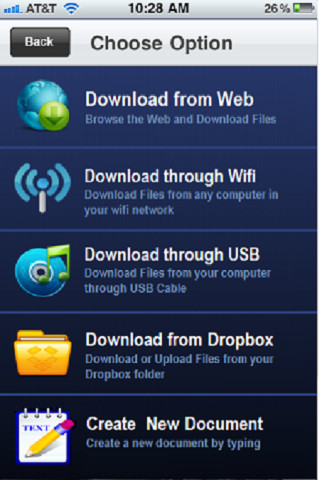 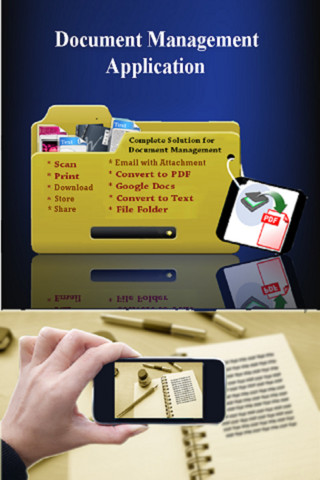 How does this turn my iPad into a fax machine?
Comment
N

thewitt said:
How does this turn my iPad into a fax machine?
Click to expand...

You can send fax using this app from your ipad.
Comment
N