TweetDeck for Mac on Wednesday received its first significant update since August 2014, gaining several new features that have been long overdue for the standalone OS X app. The new features include support for TweetDeck Teams, group direct messages, the ability to add up to four images with every tweet, in-line GIF and video playback, the option to share a tweet via direct message to a group of friends and more. 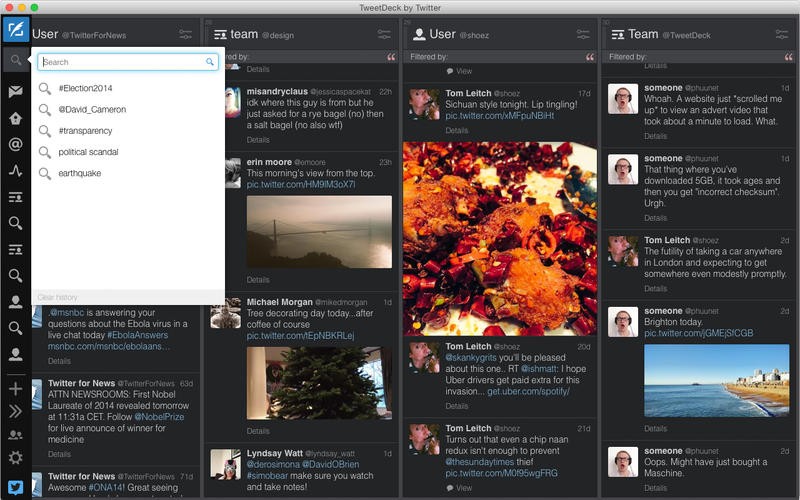 The update also contains a number of bug fixes and improvements to the overall performance of TweetDeck for Mac, and Dataminr subscribers can now add columns and receive notifications of new alerts to Dataminr watch lists. TweetDeck for Mac [Direct Link], an official product of Twitter, is free on the Mac App Store, and the latest update should be rolling out to all users today. The app now stands at version 3.9.482.

I'm still waiting for Tweetbot to remember they have an iPad application at all. Hasn't been touched since iOS6.
Comment

toanavinai said:
I'm still waiting for Tweetbot to remember they have an iPad application at all. Hasn't been touched since iOS6.
Click to expand...

Werd. Brought this up the other day and people were very apologist about it. TweetBot kept saying v3 was coming for iPad and now months later, nothing still.

Now instead the "In Development" part of their site says:

So look for iPad support in a couple years if we're lucky.