Twitter says it is rolling out a number of changes to the way direct messages work, including the ability to send a direct message to several people in different conversations. 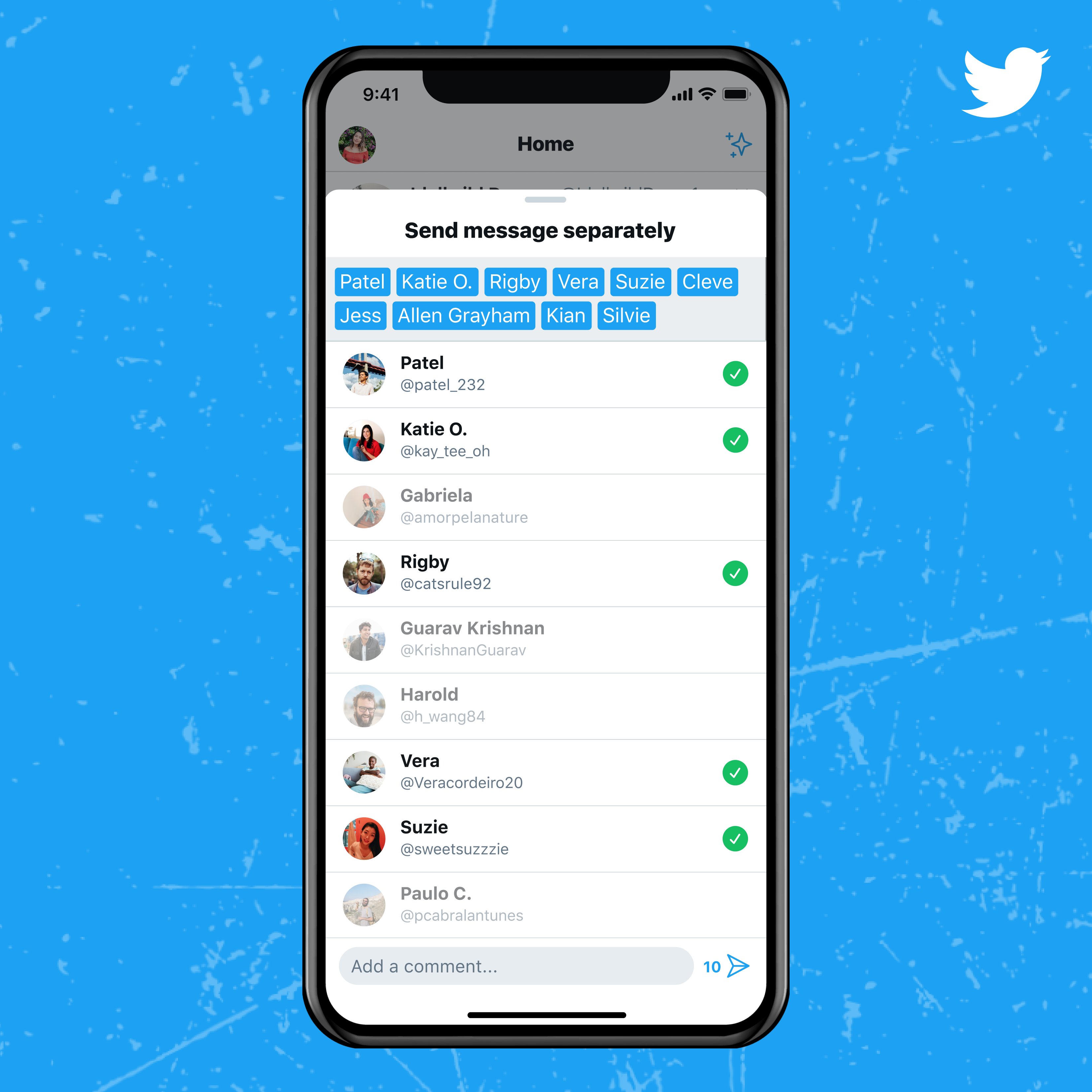 Going forward, Twitter says users will be able to share the same tweet in up to 20 separate direct message conversations, which should ensure "no more (awkward) accidental group chats when you DM a tweet to multiple people."

Twitter says this change is rolling out on iOS and web over the next few weeks, with the changes coming "soon" on Android.

Twitter is also tweaking DM timestamps for iOS users in order to reduce "timestamp clutter." Rather than having each message within a DM conversation stamped with the date and time, Messages will be grouped by day.

In addition, the Twitter iOS app is gaining a couple of user interface tweaks, including a long-press gesture to access the "add reaction" buttons (previously only accessible via a double tap, and a new down-arrow button to return to the most recent message in a DM conversation after scrolling through.

Earlier this month, Twitter added support for Sign in With Apple, allowing new users to create an account using their Apple ID while hiding their true email address from the social network.

I've been using long-press to react for a while now.
F