Twitter today updated its app for the Apple TV, introducing support for live 360 degree videos, making it the first Apple TV app to support such a feature.

Following the update, Apple TV users can watch live 360 degree videos directly on their television sets, navigating through the scene with the Siri remote. The new version of the Twitter app for Apple TV also includes support for the Periscope Global Map, letting users find user-created Periscope content from around the world. 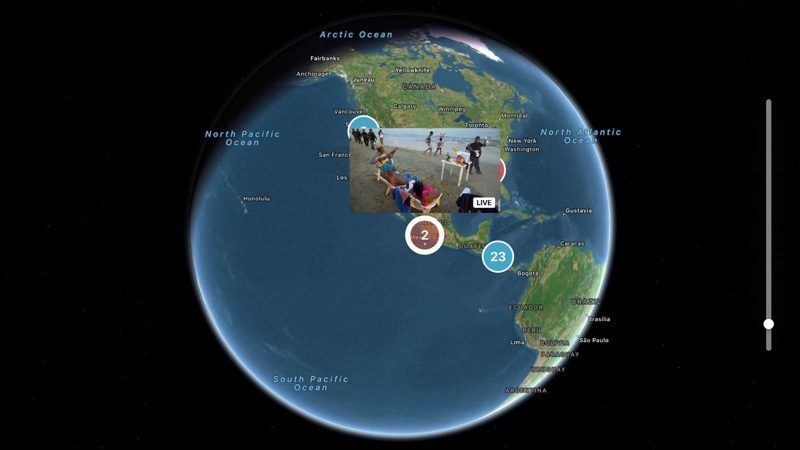 Much of Twitter's television content comes from its content deals, but there is also a wealth of user-generated video sourced from Periscope that can be watched within the Twitter for Apple TV app.

Along with an update to its Apple TV app, Twitter has also updated its iOS app. As noted by TechCrunch, the iOS update offers up new settings to connect a Twitter account stored on an iOS device to the Apple TV, letting users view their Twitter account on the Apple TV.

There's one other Twitter update, which includes support for Emoji 5.0. Emoji 5.0 was released in March and includes emoji like grinning face with star eyes, vomiting face, face with raised eyebrow, elf, mermaid, zombie, giraffe, pretzel, and more. While Twitter has implemented support for the new emoji, Apple has not, so these characters are only visible when using Twitter for web.

Twitter for iOS can be downloaded from the App Store for free. [Direct Link]