Twitter for iOS Gets Shortcut Keys for Smart and Bluetooth Keyboards

Twitter has quietly introduced new keyboard shortcuts for iPad owners using Bluetooth and Smart Keyboards, in the latest update to its iOS app.

The new shortcuts were revealed in a series of tweets by Twitter app developer Amro Mousa yesterday. Mousa let it be known that holding down the Command key brings up a shortcut sheet on connected devices running iOS 9 or later. 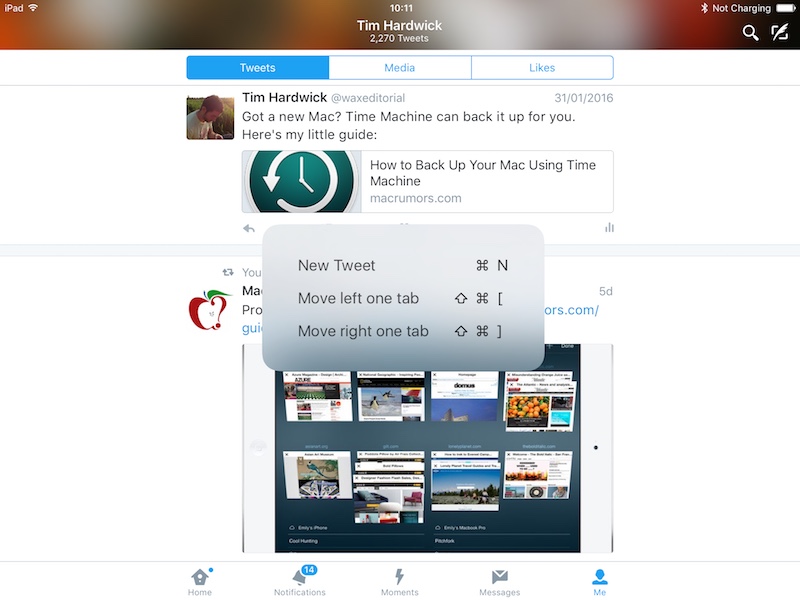 The additional shortcuts are for closing a tweet dialog (Command+W), replying in tweet details or a DM conversation (Command+R), sending a tweet (Command+Enter), and another way of cycling through Home, Notifications, Moments, Messages, and Me screens in the app (Command+1 through 5).

Twitter can be downloaded from the iOS App Store for free. [Direct Link]

Article Link: Twitter for iOS Gets Shortcut Keys for Smart and Bluetooth Keyboards