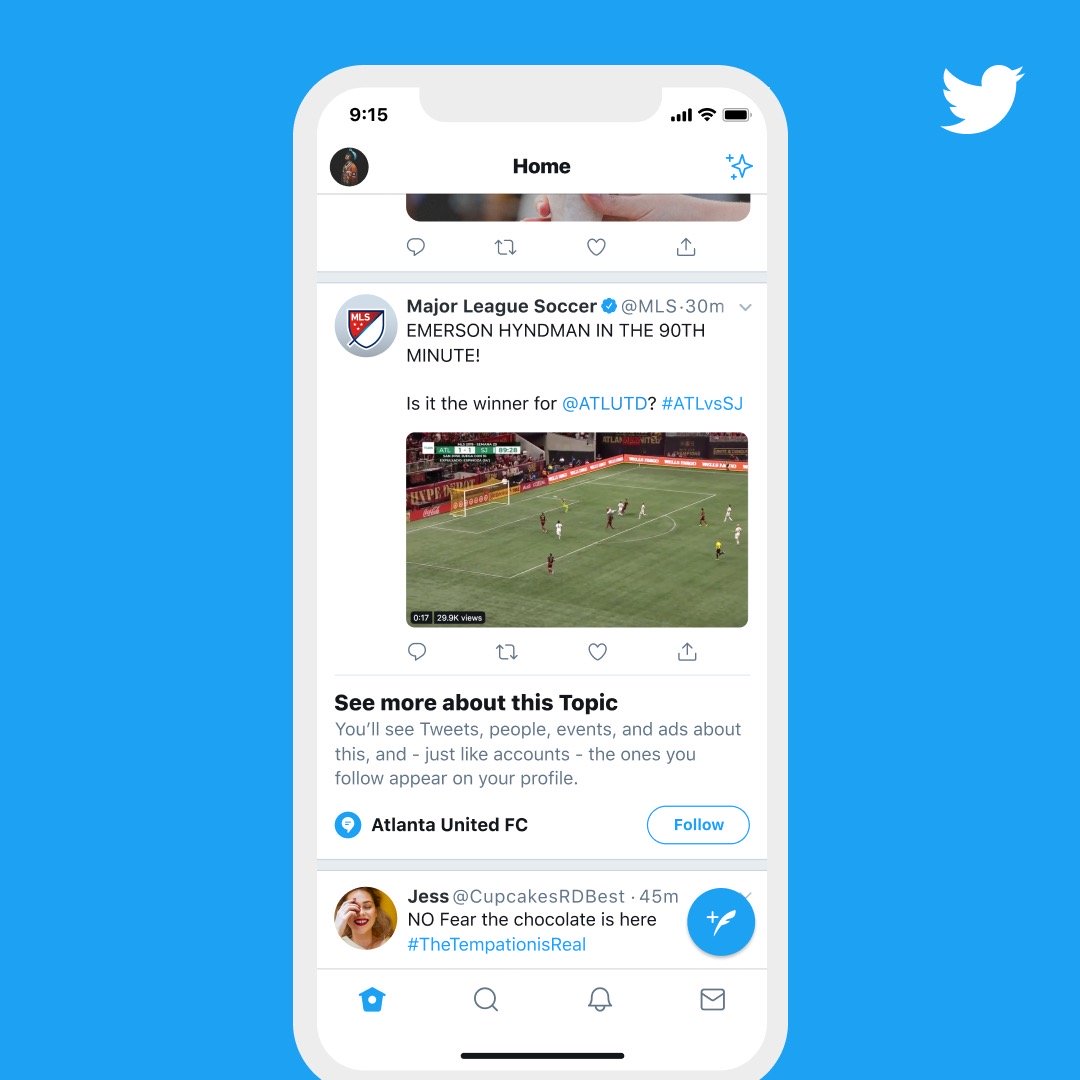 According to an official Twitter blog post, Topic suggestions will soon start appearing in user timelines and in search, based on what they tend to look for and already follow on the social media platform.

When a user follows a topic, like a music band, sports team, or celebrity, they'll see tweets from a broad range of accounts that share the same interest. 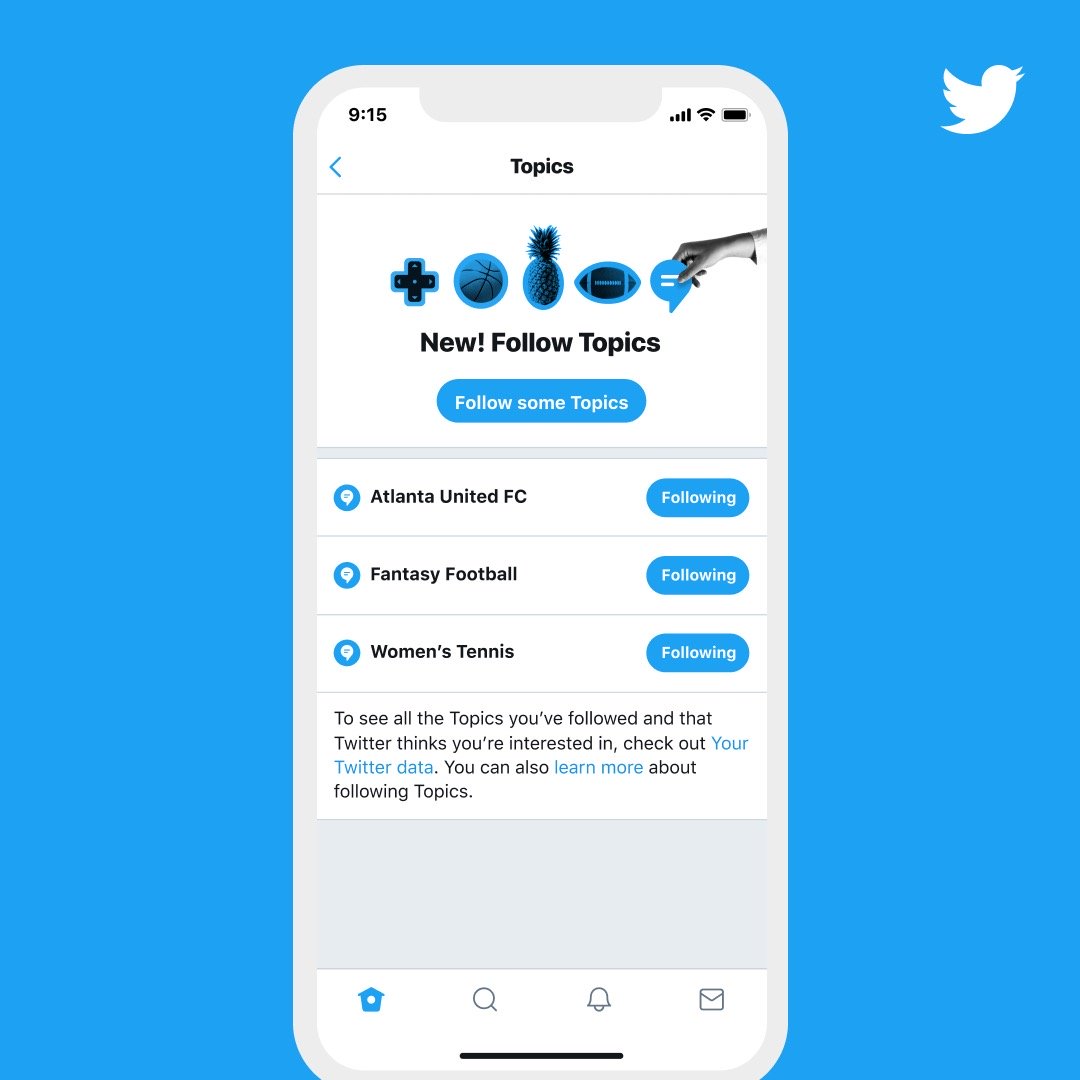 Previously, all of the work was on you to figure out the best way to keep up with what's happening by following certain accounts, searching for it, or looking in the Explore tab for the latest. Now, you have the option of seeing the most relevant and interesting Tweets about what you care about with a single tap, and the conversation will come to you.
Click to expand...

A Topics option already appears in the mobile app's sidebar menu, but currently just shows an introductory screen for the feature. When the feature rolls out in full, it will list the topics you've followed.

Twitter says that Topic suggestions will start showing up in timelines and in searches from November 13, with a worldwide rollout taking place over the coming months.

So it’s basically the list feature without you having to curate your own lists of interests. Makes sense- but seems like this functionality would have been in there years ago.
Comment

Just search the hashtag and save it, correct?
Comment

Um, isn't that was #hashtags were for?
Comment
C

Ronlap said:
Um, isn't that was #hashtags were for?
Click to expand...

Seems like that certainly shares some aspects of it all, but the topics feature seems to be more encompassing and doesn't depend on someone's inclusion of a hashtag.
Comment
I