Twitter announced today that a feature it has tested with a few users on a small scale -- the ability to add customized polls to a tweet -- will officially be coming to everyone over the next few days. The company hopes that the new add-on will further expand its users' interaction with their followers, by streamlining a function that would have previously taken extensive measures of reading replies and re-tweets to successfully follow. 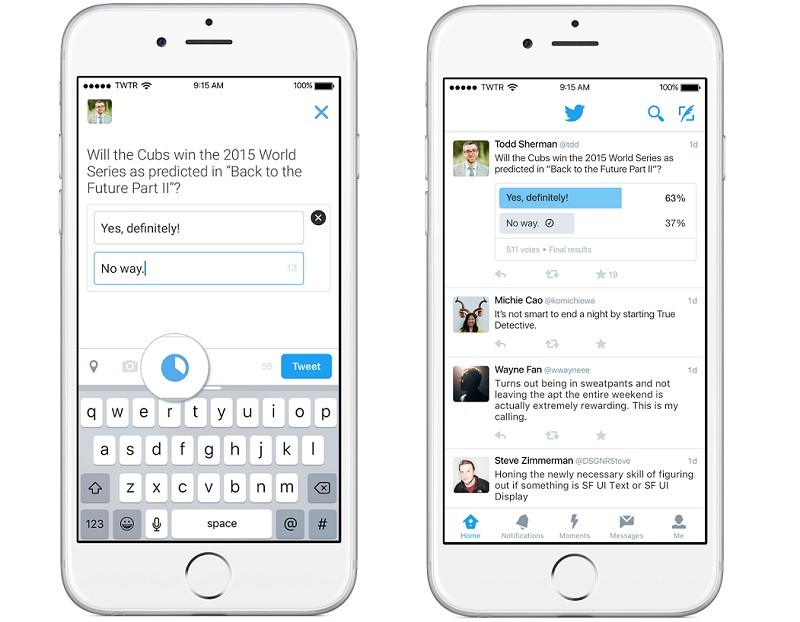 If you want the public's opinion on anything -- what to name your dog, who will win tonight's game, which election issue people care most about -- there's no better place to get answers than on Twitter. For poll creators, it's a new way to engage with Twitter's massive audience and understand exactly what people think. For those participating, it's a very easy way to make your voice heard.
Click to expand...

Twitter users will be able to create a poll from the compose box of the Twitter desktop site or in any of the company's official mobile apps. Unfortunately, the feature won't be available in third-party Twitter apps, so those using clients like Tweetbot won't be able to see the polls or vote on them. Each poll will remain live for twenty-four hours from the time it is posted, and the company ensures that your name is kept anonymous from both the poster and the public when voting on other polls.


Coming soon! We&#39;re rolling out the ability for everyone to create polls on Twitter: https://t.co/pH5a8q9Ujz pic.twitter.com/ijAKEMUdf1&mdash; Twitter (@twitter) October 21, 2015
​
The company promises that polls will be available "over the next few days," and users should simply keep an eye out for the circular pie graph poll icon in their compose box to know when they can begin using the feature. The introduction of polls follows the launch of "Moments" earlier in the month, which gave users of the social network a simplified discovery tool to follow the news and accounts they care about.