Uber yesterday updated its iPhone app, and while the release notes do not mention any specific changes, the latest version appears to re-enable the ability to request a vehicle for pickup using Siri or Apple Maps. 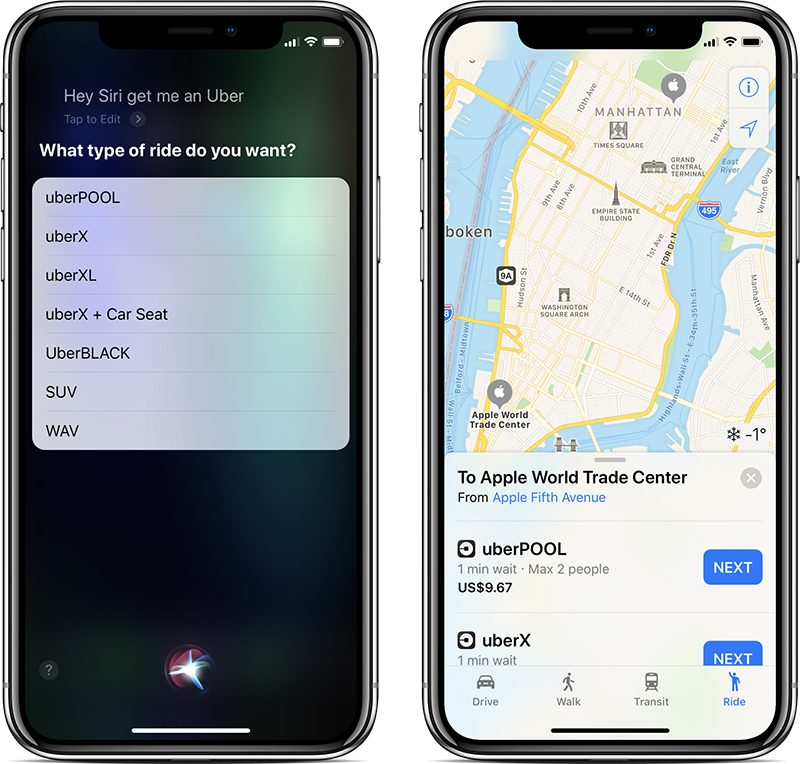 After updating the Uber app, we were successfully able to ask Siri to hail us a ride, while tapping on the Ride tab in Apple Maps once again listed Uber as one of the ride-hailing services available alongside Lyft.

As noted by Christian Zibreg at iDB, some users may need to manually re-enable the Siri and Apple Maps integrations in Settings -> Uber -> Siri & Search and Settings -> Maps under "Ride Booking Extensions."

The ability to hail an Uber ride with Siri or Apple Maps had disappeared in late January following an earlier update to the Uber app. Both features were originally added in iOS 10, and it's unclear what prompted their temporary removal.

Uber's app is available for free on the App Store.

Yea, this was the problem that needed fixing with Siri.
Reactions: hot ham water, masterell and Glockworkorange
Comment

Does it also restore their data mining operation?

Deleted Uber a while ago. Lyft was always cheaper, and also appears to be less shady.
Comment
E

Wilburx3 said:
Yea, this was the problem that needed fixing with Siri.
Click to expand...

hot ham water said:
...said the 9 people who use apple maps
[doublepost=1518063849][/doublepost]seriously, apple is literally delusional if they think someone would open their phone and make a conscious decision to use apple maps for any reason (apologies to people in Cincinnati, Cleveland, and Columbus who use apple maps for transit directions which are apparently now available). who does that and why?
Click to expand...