hi, i'm just upgrading my imac and macbook and now ill also have to upgrade all accessories with TB3. first of all ill buy an tb3(usb-c) to hdmi adapter and here the confusione begins. does really tb3>hdmi adapters exists or they are all usb-c>hdmi? some retailers says 10gbps 4k/30fps while other says only 4k/60fps. the first (10gbps 4k/30fps) seems a real value as usb c 3.1 is 10gbps and hdmi 1.4 its 4k/30fps@10gbps. while the 2nd (4k/60fps) seems a ******** because in order to reach this res we need 18gbps and usb-c 3.1 isnt enough. tb3 (or even tb2) its mandatory in this case, but there's also wrote that those adapters works in both only usb-c and tb3 ports. even the belkin adapter on apple store its unclear how works because it's named USB-C to HDMI adapter but in the specs its "Thunderbolt 3 (USB-C)". any tips?

For a 4k display @60hz, you need to be careful about which cable/adpater you get. Some research is involved.

Also -- once you get the choices narrowed down, take the time to read the user reviews and see how Mac users fared with the product.
D

USB-C as implemented in all current shipping Macs offers no more than 10Gbps. Nonetheless, USB-C to HDMI adapters work fine at 4K/60Hz; there’s no need for a true Thunderbolt adapter. I’ve installed many of these: https://www.anker.com/products/variant/usbc-to-hdmi-adapter/A8306041 and they work as advertised at 4K/60.
This also works, but it’s overpriced:
Belkin USB-C to HDMI Adapter 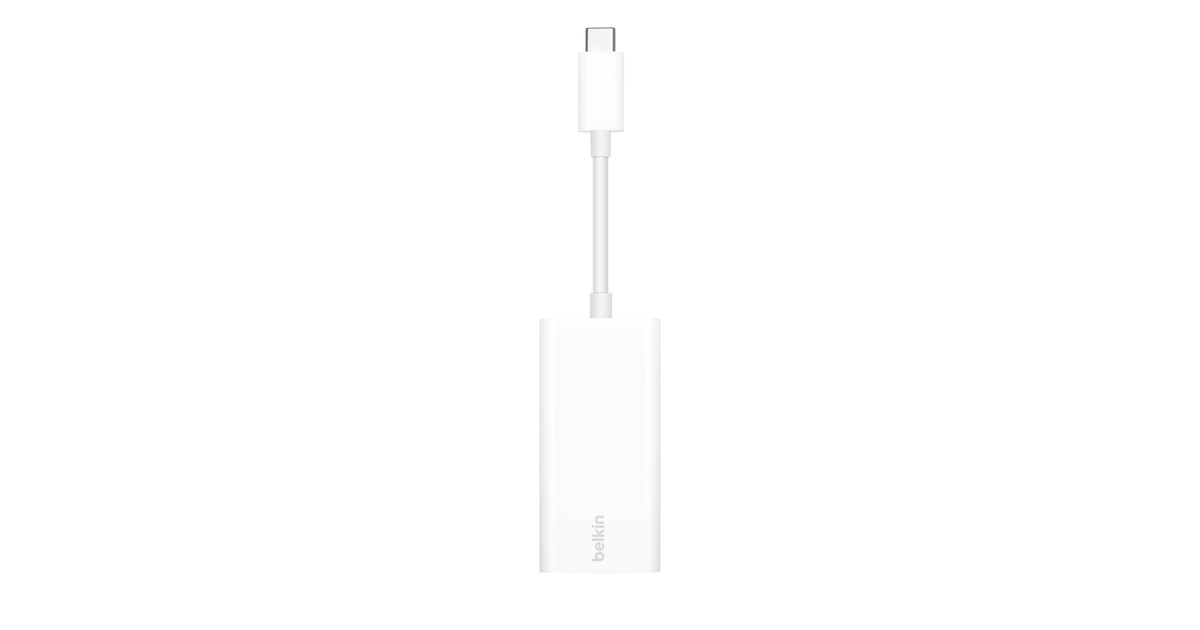 From my limited research, it appears that only a dedicated USB-C to HDMI 2.0 adapter or a Thunderbolt dock will work at 4k@60 (the dock obviously has to state that it supports 4k@60). Both of these solutions work because they rely on active conversion from a DisplayPort signal to a HDMI signal using a small chip in the adapter or dock. In other words, 4k@60 requires an active adapter.

I ended up getting this adapter:

because it's a well known brand, has a 3 year warranty, and is marketed as suitable for use by Macs. Yes it's a bit more expensive than other adapters (about $30) but StarTech products tend to be well made and last longer than the warranty period. I have previously bought a cheap no-brand USB-C to HDMI adapter (probably passive) but it only worked well with a 2k monitor and always failed to display on a TV. Once bitten, twice shy.

I've used the StarTech adapter from a MBP 15" 2017 to 2 different FullHD (2k) TVs (one directly and one through a receiver) and it worked fine with both of them. Interestingly, the Samsung TV required overscan adjustment but the Sony TV did not. I don't have a 4k TV or monitor. Because it's an active converter, it does get warm when used but not super hot. It worked fine from both macOS 10.14.4 and Windows 10. I don't expect any problems with using it on a 4k TV when I later upgrade because I trust this brand and the review on the Amazon listing states that 4k@60 works.

BTW, this adapter was released in late 2018 despite what the Amazon listing states. That's one of the reasons I chose it: it's recent enough to have a newer converter chip in it which hopefully avoids compatibility problems in older chips.

One final wrinkle: if you want to output HDR from a Mac using this adapter, it looks like you'll need a 2018 or later model because earlier models don't support DisplayPort 1.4. However, the linked article does not make it clear whether using this adapter will work from a Mac to an HDR-capable UHD TV.

An added bonus: I can use this adapter to watch HEVC/HDR/BT.2020 encoded video on an SDR TV! It looks like macOS can convert an HDR/BT.2020 image to SDR/BT.709 which the TV then displays. Before this, I could only watch HDR video on the MBP screen but I prefer the larger TV so this was a nice bonus.
Reactions: Fishrrman
A

If I wanted to connect an HDR 4k60 monitor via USBC to Displayport instead, would I still need an adaptor or would a cable like this work?
T

assoc said:
If I wanted to connect an HDR 4k60 monitor via USBC to Displayport instead, would I still need an adaptor or would a cable like this work?
Click to expand...