Verizon today announced that it is rolling out 5G service in select areas of four new cities: Atlanta, Detroit, Indianapolis, and Washington, DC.

As with the current cities where Verizon is working on 5G (Chicago, Denver, Minneapolis, St. Paul, and Providence), the 5G service is limited in scope and has been made available in "dense, urban areas where people tend to congregate," such as public parks, monuments, college campuses, and stadiums. 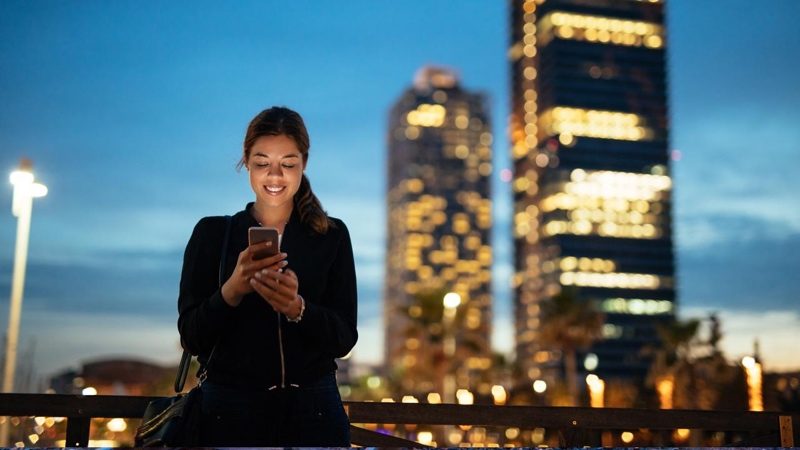 Verizon's press release has specific listings of the areas where 5G connectivity is available in each city.

Using Verizon's 5G network in 2019 requires a 5G-enabled device, and those are limited at this time. 5G works on the LG V50 ThinQ 5G and the Samsung Galaxy S10 5G, among other devices.

Apple's iPhones will not be able to connect to 5G networks until an iPhone that supports 5G is released. Apple is working on 5G devices and is expected to release the first 5G iPhone in fall 2020.

September 2019, on stage, and Phil Schiller invites "a special guest" on stage, and it's John Legere (or the Verizon CEO), and announces "iPhone 5G Max".
Comment

I'm glad to see Verizon moving ahead as they phase in 5G service.

It's a lot better than using PR to pretend that you already have it. (I'm looking at you, AT&T.)
Reactions: thebeans, Breaking Good, FightTheFuture and 3 others
Comment

First thought looking at this article: "wow is her phone ever bright - how can she stare into that?".
Comment

There was a video posted here not long ago showing up to nearly 2 Gbps download on 5G. That’s insane. Can’t wait to see it implemented on an iPhone
Comment

I wonder does this also mean the in home version is also being made available!?
Comment
S

Why do we need 5G in parks, Stadiums and Colleges? The first two just need some reliable service period. Colleges usually have a wifi blanket anyway.
Reactions: Vasilioskn, apolloa and Breaking Good
Comment

But 2Gbps is worth it, wouldn’t you think?
Comment

I don’t want 5G if it’s going to be as unstable as 4G.
Comment
V

ikramerica said:
Why do we need 5G in parks, Stadiums and Colleges? The first two just need some reliable service period. Colleges usually have a wifi blanket anyway.
Click to expand...

Isn’t high frequency range 5g supposed to help with contention issues? At gigs / busy areas here even if you have full 4g you can find yourself better off on 3G as too many people are cramming the airwaves with 4g.
Comment
You must log in or register to reply here.
Share:
Facebook Twitter Reddit Email Share Link
Register on MacRumors! This sidebar will go away, and you'll see fewer ads.
Sign Up
Top Bottom