Approximately 1,000 Public Accounts including the likes of the BBC and The Weather Channel were launched with the v6.5 update, allowing users to subscribe to them and share stories with users in their contacts list. 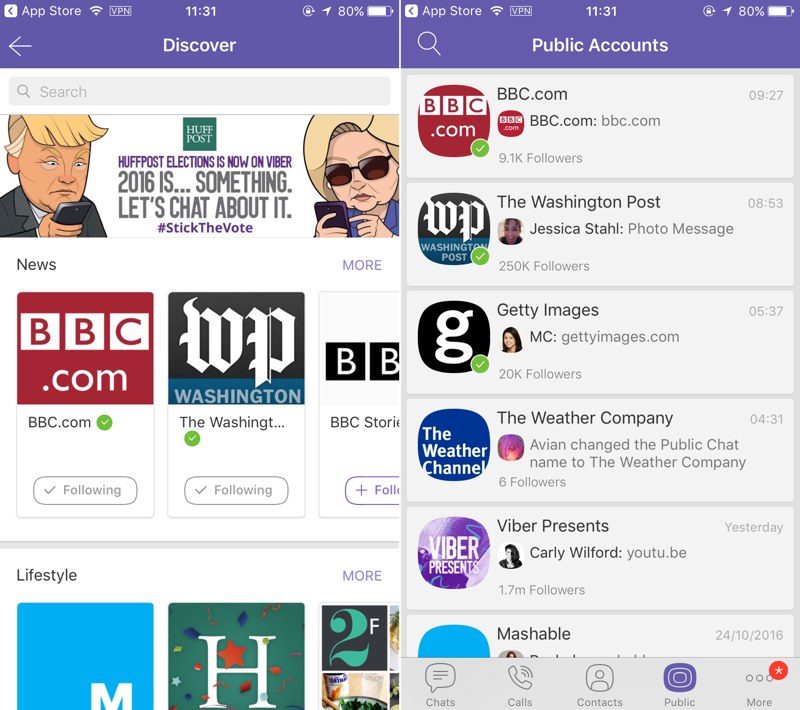 Public Accounts are also set to introduce chat bots to the messaging service, as Japanese-owned Viber rolls out its scalable API to companies which will include tools for bot developers.

Public Accounts come on the back of a feature Viber introduced in 2014 called Public Chats, which allow people to carry on a conversation with the general public. However, unlike the latter, users will be able to interact with the new commercial accounts without needing to add them as a contact.

Viber was bought in 2014 by Japanese internet company Rakuten, the owner of online retailer Play.com. The Cyprus-based messaging service has over 800 million users.

So does this mean direct to consumer ads?
Comment

Oh thank goodness! I was worried about having a life where I was not being solicited at every turn!

Oh boy, I can't wait until I can interact with my favorite brands!
Comment
W

Hi, this is Coke.

What do you think of Coke?

Go and have a Coke.

Are you drinking your Coke yet?

How is your Coke?