Vine Transitions into 'Vine Camera' as Original Service Shuts Down 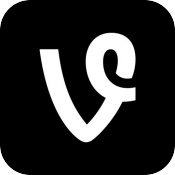 As promised, Twitter today discontinued the original Vine app and service, transitioning it into a new "Vine Camera" app designed to allow users to make six-second looping videos that can be saved to the iPhone's camera roll or shared directly on Twitter.

Videos posted to Twitter from the Vine Camera app will loop like they did in the standard Vine app, but aside from allowing users to capture and edit looping video, no other Vine features remain.

Existing Vine videos can be downloaded from the Vine website, and all Vines will continue to be available on the Vine.co website, though no new content can be uploaded.

Twitter first announced plans to shut down Vine in October of 2016. The company entertained multiple purchase offers for Vine but then decided to maintain a simpler version of the app that's now known as Vine Camera.

The Vine Camera app, which has a new icon, can be downloaded from the App Store for free. [Direct Link]

Vine was clique mess anyways. Innovative a while back but it was it's time.

We didn't really lose anything here, just simplified things a bit as now your Vines can go to just one place.

I never understood why this wasn't just a Twitter feature in the first place...
A

It did a better job of organizing videos and focussing on video consumption. Twitter is great, but it doesn't give me the exposure to "Viner's" (is that the right term?) that Vine did.

I'll miss it. Whenever I got bored of social media I'd fire up Vine and there'd be a huge list of funny vines (as in the Vic Berger, Super Deluxe, Back Pain/80's style stuff, style stuff). I found it really entertaining. Offloading it all to other sites is not a bad idea but I do want some method of just browsing them as easily as you could in Vine. Maybe an app or function in Twitter to just search for Vines and to queue a load up.
[doublepost=1484835162][/doublepost]

tyr2 said:
I never understood why this wasn't just a Twitter feature in the first place...
Click to expand...