After long promising to implement CarPlay support in its vehicles, Volvo recently announced that the new 2016 XC90 is the company's first CarPlay-enabled car in the United States, reports CNET.

The new vehicle is equipped with a 9-inch touchscreen in the center console, with the CarPlay interface featured on the bottom half of the screen. Volvo's Sensus Connect controls remain at the top of the screen, offering access to features like directions, media playing, temperature, and more. 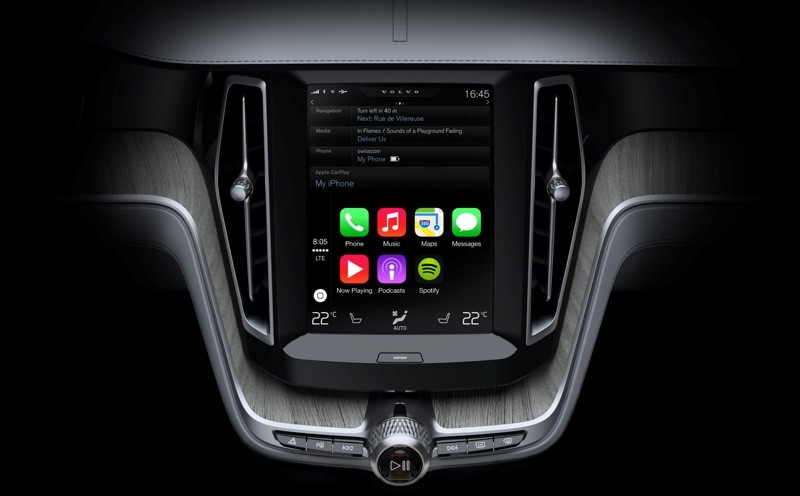 Like most CarPlay vehicles, Volvo owners will need to connect their iPhones directly to the vehicle using the built-in Lightning connector. Volvo has said it will support wireless CarPlay features in the future, but wireless capabilities are not yet available.


All 2016 XC90 vehicles are eligible for CarPlay support. Those who already purchased a 2016 XC90 can make a service appointment with their dealer to get the update installed.

Though CarPlay was first announced in 2014, it's taken many months for car manufacturers to get on board. Late 2015 and early 2016 will see more than a dozen car makers releasing their first vehicles with CarPlay support, and we've compiled a comprehensive list of all upcoming CarPlay cars.

Looks like a sweet integration
Reactions: Sandstorm, Jaro65, 341328 and 2 others

This is what all companies who still want their own platform should do.
Reactions: Sandstorm, Jakexb, 341328 and 2 others
M

Androids been doing this for years
/s
Reactions: Boatboy24

Now if it wasn't a Volvo, that would be nice...they used to be reliable, the last two S80s were so unreliable as to practically be un-driveable.
A

"Use the center touch screen without being distracted..." Riiiiiiight.
Reactions: Ragnar51, 341328 and Tonewheel
C

WOW! By FAR the best implementation of Carplay.
Reactions: Sandstorm, Jakexb and 341328
X

Wow, this looks great! Vertical is the way to go!
Reactions: Sandstorm
B

Step aside, Pilot and Highlander. XC90 is now the front runner for the next car purchase.
Reactions: Sandstorm

I remember when I bought my car just over 5 years ago, one of my top requests was for a car that would be an accessory to my iPhone In fact, I think I might have started a thread on here about it. Nearly bought a Ford w/ Sync since that had by far the most smartphone integration at the time. Now I'm not sure if I'll get something with carplay next or a tesla (I don't see tesla using carplay)

wlossw said:
Since my PHONE isn't that smooth, I doubt their in car screen is...
Click to expand...

You should get your phone fixed. Because my phone AND my Carplay are both that smooth.
L

Boatboy24 said:
Step aside, Pilot and Highlander. XC90 is now the front runner for the next car purchase.
Click to expand...

The Volvo XC90 starts at a higher MSRP than the top of the line 2016 Pilot (and I'm sure the Highlander). They're not even in the same price range. It's like saying you're cross-shipping the Camry, Accord, and Mercedes-Benz E-Class....
Reactions: wlossw, 73b, 341328 and 1 other person
H

rdlink said:
You should get your phone fixed. Because my phone AND my Carplay are both that smooth.
Click to expand...

I wouldn't mind betting they’ve tweaked it. Like most OEMs do with their other ads. Sometimes they show, ’Sequences shortened’. Sometimes they don’t.
Nevertheless, looks nice. 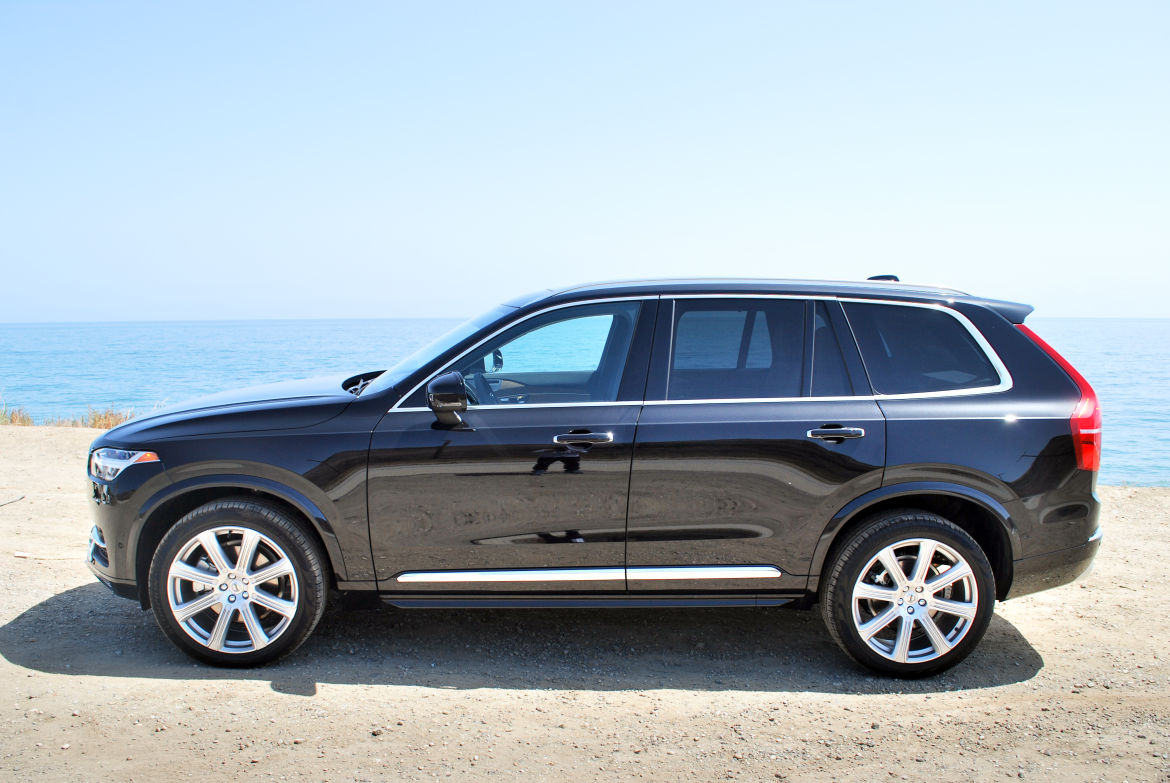 ...and a sharp looking ride to boot.
Reactions: Sandstorm, prichardsson, wlossw and 3 others
B

Release the S90 in the US and we'll talk, Volvo.
N

When is VW supposed to get them? My lease is up this summer and I definitely want to try to get CarPlay in my new lease but I didn't see anything on their site for 2016 models with CarPlay.

Nausicaa said:
When is VW supposed to get them? My lease is up this summer and I definitely want to try to get CarPlay in my new lease but I didn't see anything on their site for 2016 models with CarPlay.
Click to expand...

There was an article last week, maybe two weeks ago showing all 2016 models sans the "s" will have car play.

If your lease is up in the summer you will be ok.

I have leased VWs in the past. Great car to lease, terrible car to own.

The Volvo integration into the center stack looks fantastic. Car makers are slowly getting better.

CarPlay is one of those things that is so simple it's brilliant. I wasn't impressed until I needed to take a call and text while driving (thank you work). I was easily able to do both without issue since I was already used to Siri on my iPhone.

I'm driving a lot safer now that I keep my eyes on the road a ton more and I'm not reading texts at red lights. It really is useful.

The Pioneer AVH-4100NEX I have takes a bit of getting used to but now that I understand how it works it's actually quite easy to navigate and switch between CarPlay and the NEX UI.

avanpelt said:
"Use the center touch screen without being distracted..." Riiiiiiight.
Click to expand...

No kidding. If it's truly "without being distracted", they'll get rid of the on-screen icons and make it 100% voice controlled. It's still "texting", for lack of a better word.
Reactions: 341328
C