Does anyone really want a one-stop, cradle-to-grave overlord super-store?

So what costco sell them too. If you didn't realise you'll need one one day!
Comment

Like Gav2k said, Costco has been selling them for years. I've even looked at them in great depth. They're expensive. When I go whoever finds my body will hopefully find the letter that says to just bury me in a pine box and pack the dirt tight.
Comment

jessica. said:
When I go whoever finds my body will hopefully find the letter that says to just bury me in a pine box and pack the dirt tight.
Click to expand...

Exactly, it's not like you are going to notice the difference if they put you in a posh coffin.
Comment

No Wal-Mart/Costco coffin for me, thanks.

Burn me up and put me in a nice antique urn. Looks nicer and is more space-efficient.

Besides, as with all the clothes Wal-Mart sells, I bet their coffin sizing starts at XL.
Comment

Do they have a 'one casket only' checkout?
Comment

Jaffa Cake said:
Do they have a 'one casket only' checkout?
Click to expand... 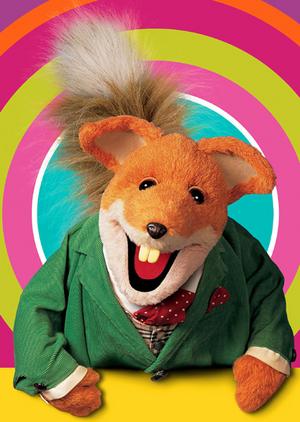 Absolutely! High-five to WalMart for now offering an inexpensive solution to something everyone will face!

Having just gone through a funeral I can attest to the tremendous markup these coffins and burial urns go through in a traditional Funeral Home; cost escalation of 100% is not uncommon on burial options since families are going through mourning and Funeral Homes prey upon a certain weakness at that time... Having the option to go to WalMart for something that, at best, will be seen for less than one hour, seems a valid alternative.

I'll agree that coffins are expensive, We recently buried my grandfather and it was not at all cheap.

I just don't think that pure economics is enough for me to support Wal-Mart and their business model. I've lived in small towns where 80% of the local economy was swept away by the arrival of a Wal-Mart. I don't like what they do. And they aren't always that cheap either.

There are always alternatives to Wal-Mart if you look around.
Comment

My grandmother prepaid for her funeral but there were still thousands in expenses when we were at the funeral home. I stood up and said, eff this, we're going elsewhere. Problem solved.

The funeral business is a damn scam. Most of the funeral homes are owned by several large companies. They keep the old family names on the homes to make them seem more local.
Comment

When my my grandfather died we were surprised to find that he'd left nothing to pay for a funeral. The whole family had to scramble to come up with thousands of dollars.

But a quick Google around the internet shows that there are a number of places that will sell you a casket for similar prices to the Wal-Mart ones, and some have the benefit of being made in the USA.
Comment

jessica. said:
Like Gav2k said, Costco has been selling them for years. I've even looked at them in great depth. They're expensive. When I go whoever finds my body will hopefully find the letter that says to just bury me in a pine box and pack the dirt tight.
Click to expand...

When I go, they're never going to find the body. Makes for a better movie ending. Leaves the possibility of sequels, you know?
Comment

Lord Blackadder said:
There are always alternatives to Wal-Mart if you look around.
Click to expand...

Pray tell; why do you want an alternative to a low cost retailer? What is your opposition to Walmart here?

In any business model the lowest cost normally achieves the highest volume; all else being relatively equal. If the manufacturer of these coffins and urns is cool with Walmart selling them, who cares? The consumer benefits and that's always a good deal! And if I can find a Mom & Pop shop locally that sells them for less than WalMart I would buy from there!
Comment

I saw this thread title and I can't help but picture St. Peter in a blue Wal-mart greeter's vest.

I guess a low-cost solution would help to minimize expenses, they can be quite pricey! For me though it's off to the crematorium; no fancy boxes for me thanks.
Comment

They seem to be saying that people will use these without using a funeral home. So you keep the body in your house? Do they sell embalming kits too? If you use a funeral home they probably tack on a large fee to bring in your own casket, if they let you do it at all.

My family has never done the embalming/casket stuff so I don't know much about it. We're too cheap!
Comment

There's always a couple of lightly used scratch an dent ones on Craigslist that can be picked up for a song.
Comment

I really don't see it as a big deal if Wal-Mart sells coffins.
Comment

ucfgrad93 said:
I really don't see it as a big deal if Wal-Mart sells coffins.
Click to expand...

im confused why the op views this as a negative
Comment

^ because apparently we're supposed to hate everything wal-mart does.
Comment

jessica. said:
^ because apparently we're supposed to hate everything wal-mart does.
Click to expand...

Congrats, you got it right on the first try!
Comment

Yeah, both CostCo and Sam's Club have been offering coffins for years. Morbid, yes, but at the same time many funeral home directors are straight-up thieves who gouge people at a time when they are vulnerable to seeing it as disrespectful to their loved ones to be tight with money. I'm all for supporting the local economy, but not like that. An alternative, Wal-Mart or otherwise, does not go amiss.
Comment

jessica. said:
^ because apparently we're supposed to hate everything wal-mart does.
Click to expand...

Now, I don't want to come across as a curmudgeon.

But I'm not a big fan of Wal-Mart and similar large retailers. Is it totally negative that Wal-Mart sells coffins? Not at all. Have I occasionally bought things from Wal-Mart? Yes. But I know far too many people that buy nearly EVERYTHING from Wal-Mart, and Wal-Mart tries to encourage this behavior.

I think it's lazy consumerism first and foremost, and I'm sorry but everything is NOT cheaper at Wal-Mart. They bring customers in by heavily undercutting competitors on a few items and selling the rest at a normal markup.

Hate everything Wal-Mart does? I wouldn't go that far...But I really do hate some of the things they do, and I don't ant them to get any bigger than they already are. And I don't think I'd like being buried in a Wal-Mart coffin.

While it took you a little longer than jessica., you got it right eventually.
Comment

R
Buying and selling on eBAY

Sunday at 3:43 PM
Roxy.music
R
Register on MacRumors! This sidebar will go away, and you'll see fewer ads.
Sign Up
Top Bottom