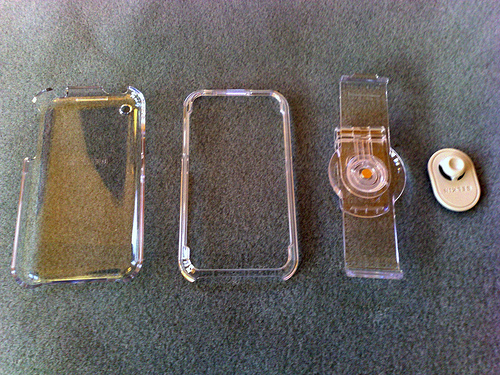 If you or somebody you know has purchased a SLEEK (name) acrylic case from belkin, warn them immediately, dirt and other objects become lodged in between and scratch up the back and front of the phone. Who should I contact about this problem?
http://tnkgrl.wordpress.com/2007/07/08/belkin-acrylic-case-scratches-iphone/
http://www.flickr.com/photos/tnkgrl/sets/72157600706099955/ 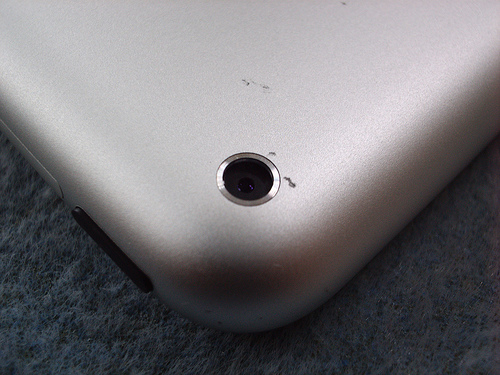 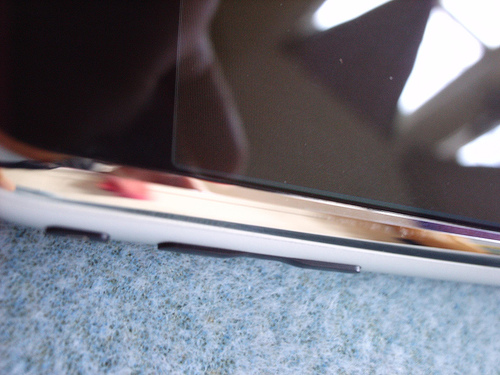 Amazing, i paid 30 dollars extra for a case that scratches my iphone more than i could have without it.

That's a tough break. I've been carrying mine around naked and still not a scratch.
R

megfilmworks said:
That's a tough break. I've been carrying mine around naked and still not a scratch.
Click to expand...

I know! I'm wondering if they'll pay for a refund of the case and the restocking fee for AT&T for me to get a new one. They shouldnt sell this stuff if they knew it wouldnt work.

this doesn't come as a surprise to me. i've known people with scratched ipods due to their acrylic cases. sorry, man, i feel for you.

That seems like a lot of parts and sorry to hear you're disappointed. I opted for the rubber incase sleeve and i love it but have heard dirt can get under the front and scratch the bezel. Interesting is that my incase sleeve does cover the silver belvel entirely which would leave it to that kind of damage perhaps but the pics show that the case doesn't cover the bezel. Mine goes from black rubber to black screen.

Um...crap. That's exactly the one I have on mine now

$30 bucks down the drain....but no scratches yet as far as I can tell. Time to look for something new..

O well i bet you it would get scratched like that naked too. Even with a rubber case dirt might get through and scratch more since there is more friction

dubels said:
O well i bet you it would get scratched like that naked too. Even with a rubber case dirt might get through and scratch more since there is more friction
Click to expand...

perhaps, but it is one thing for a case to not protect you from all damage (like throwing a cased iPhone at a wall for example), it is another for the case to actually damage the phone just by using it.

You can't expect an airbag to save you from a 100 mph head on collision, but it would be nice if it didn't spontaneously go off when you were driving to the store and injure you...
S

Wow. I too have this case. No problems as of yet, my iPhone is mint... but now that I have seen this post I'm scared for the future! So I just took it off, and I'm gonna go exchange the case tomorrow at the AT&T store. Hope they don't give me any trouble...

Retnuh, please keep us posted how you and the store handles this for ya!

I have the same case, and have used it since I bought the phone on Jesus Friday. I haven't had any scratching problems, but I'm pretty careful with it, and I take it apart every couple of days to keep it clean.

I learned a long time ago that Belkin makes a fine cable.....and thats about it.
S

Just an update for what happened with me:

I went to the AT&T Store to return this case today based on these findings... and had 3 reps at the cashier counter tell me there would be a 10% restocking fee since it's an Apple product I told them actually it isn't, it's a Belkin 3RD PARTY product FOR the Apple iPhone, and they gave me the impression that in their training they were told anything iPhone related has a 10% restocking fee and if they screw up their job is on the line.

I basically refused to leave without being able to return it without the restocking fee, knowing damn well that this is NOT an Apple product and should NOT fall under this rule, so they promptly got the manager for me and he let me return it with no fee, without any questioning. Then they apologized to me.
C

I bought this case as well and noticed the dirt that collected and stopped using it. Everything about that case seems so cheap. Like it seems like its going to fall apart.
E

I bought that case from the Cingular/AT&T store on iDay, along with the nice little sleek case. Sunday, I was finally fed up with the crap clip that came with the case and the constant loose plastic/whatever it is made out of. AVOID THIS CASE AT ALL COSTS. I went back to the store, and they happily exchanged this case for a rubberish one. NIIIIIIIIIICE
You must log in or register to reply here.
Share:
Facebook Twitter Reddit Email Link
Top Bottom