So whilst casually surfing youtube looking for PowerPC relevant videos as I do, I came across a nice video of a user, I believe in Serbia, who was using Dronecatcher's play youtube methods on a Powerbook G3 Pismo (400mhz). Very impressive video, but we all know what Dronecatcher's scripts can do for browsing youtube on lowend macs so that's not news. Here is the video if you are interested, which you should be. EDIT: Apologies, didn't know Dronecatcher had already posted this.


The same Serbian user also had another video up on his account which showed browsing the web in Panther on a 350 mhz machine with ancient Safari using a proxy web server. I was a little puzzled at first but went to his site and read about it, and the more I thought about it I thought this is fracking brilliant. Basically, put it on a modern machine and it takes a modern website and converts it into something an old web browser can understand, which is a GIF image. It has another handy feature of being able map the page and keep all the links clickable. No kidding. I mean he has screenshots of it on OS 7 using Mac Mosaic to browse the modern web. The projects three years old now, can't believe I haven't heard of it yet.

Proxy servers are nothing new. They go back to the days of dialup. Opera came out with Opera Turbo when it launched Opera 10.

tenox, the person who wrote the post you linked to based his work, it seems, off of Opera Turbo.

I guess it just depends on your outlook.

Most Macs capable of running Panther can also run Tiger. Which means TenFourFox. OS 9 machines can run Classila. Personally, I rather deal with fully rendered pages over image-map GIFs, but that's just me. Opera Turbo existed for a reason. It was a solution to a problem and it worked well for it's time.

If you've got a Mac somewhere in between OS9 and Tiger this is probably a decent solution, although personally I'd probably end up using Opera Turbo itself. It's built in and I like Opera.

You can also upgrade user javascript with Opera to be current so, there's that.
Reactions: Slix

I am not from Serbia, i am from Czech Republic . I don't use these web rendering proxy, i was testing it for my Amiga
Reactions: QSDP-User and pochopsp

https://virtuallyfun.superglobalmegacorp.com/2014/03/11/web-rendering-proxy-update/
In the comments section:

I know nothing about scripting, programming, or python, but I have a robust collection of vintage (and new) Macs and a NeXT cube. Can anyone recommend where I can go to learn how to even begin to understand how to implement this amazing WRP? I’ve been wishing for something like this for ages… I’m so excited!
Reply ↓

Well the good part is that you don’t need to implement anything. It’s already done. All you need to do is download the latest version and run it. There are two separate versions, for Mac OS X and Linux. Then in the vintage machine you need to configure HTTP Proxy to point to your machine running the python script.

Cool, I thought. I entered the ThinkPad's LAN IP address @ port 8080 in Netscape's proxy prefs.
But the PM6500's browsers either timed out or had a server refused error message.
It took a while to dawn upon that the ThinkPad's Linux firewall could be the problem.
So I stumbled through the firewall control panel's rules allowing port 8080 incoming
but within a range of IP LAN addresses.

Then the browsers worked although in a limited way depending on the webpage.
HTTPS didn't work (a known limitation if I read things right).
Most webpages loaded beautifully (some faster than others) & nicely formatted,
which was not possible before.
But every webpage that loaded was like only "one page tall", meaning no further scrolling down.
The MacRumors PPC forum page 1 couldn't show any posts - they were "lower down", inaccessible.

And a webpage's field for entering text, i.e., for a Google search, was non-responsive,
meaning the hand-finger cursor never changed into a blinking I-beam.
Maybe this is a limitation of image-mapping?
Also, a nicely loaded webpage's links wouldn't always work, possibly https or DNS error.
However, I am thrilled & grateful at what did work; this is a fantastic concept, a work in progress.

Looking at the Thinkpad's terminal readout while the PM6500 was surfing & the script was crunching,
a broken pipe indication seemed to coincide with that's all for now, folks.
So I started the script again.

Now, I'm not even sure if I've got all the needed packages installed.
Beforehand I did some googling about PyQT4 & learned a few tips.
Like terminal command qmake -v which for me returned directory not found, etc.
So I used Package Manager to install qt4-default & qt4-qmake
Now qmake -v returns
QMake version 2.01a
Using QT version 4.8.7 in /usr/lib/i386-linux-gnu

But is that all I need for wrp to work?
I'm guessing I'm missing something.
Anyway, I'm giving my brain a rest.
Here's some screenshots: 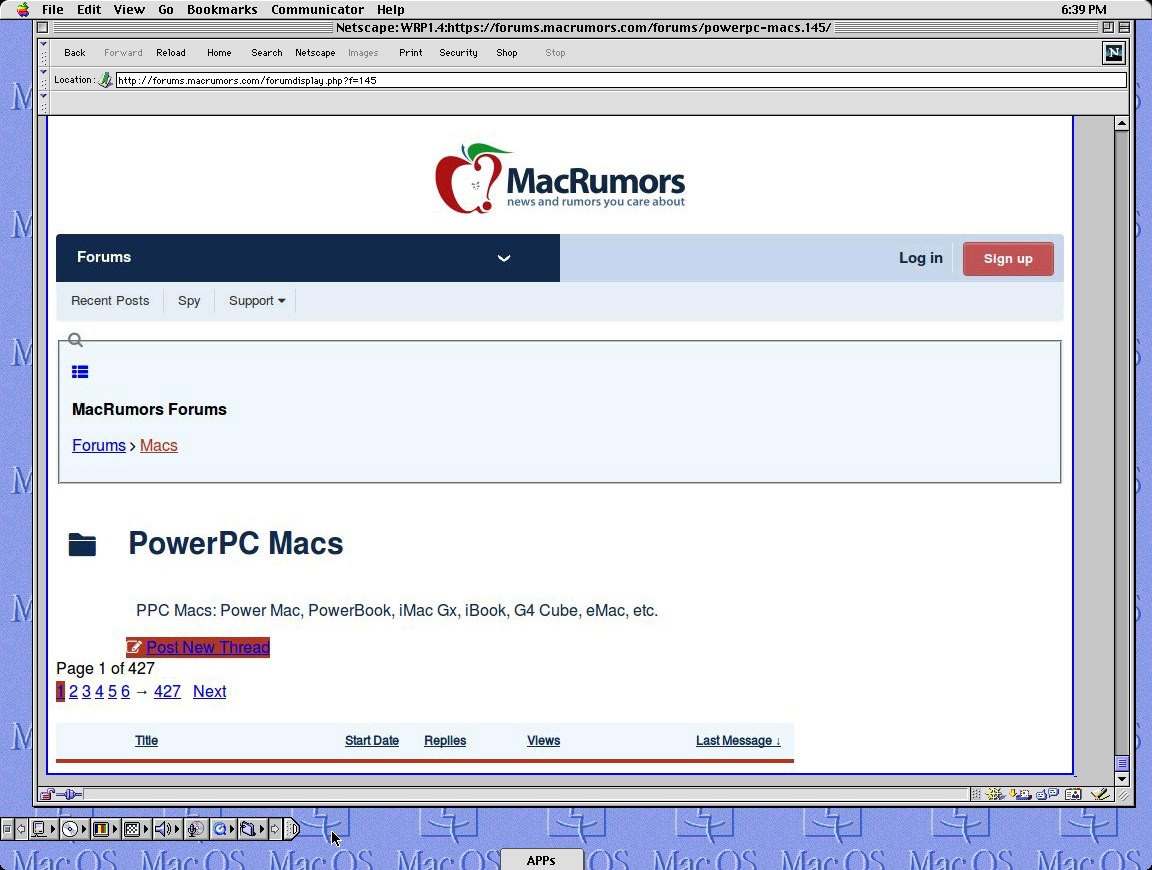 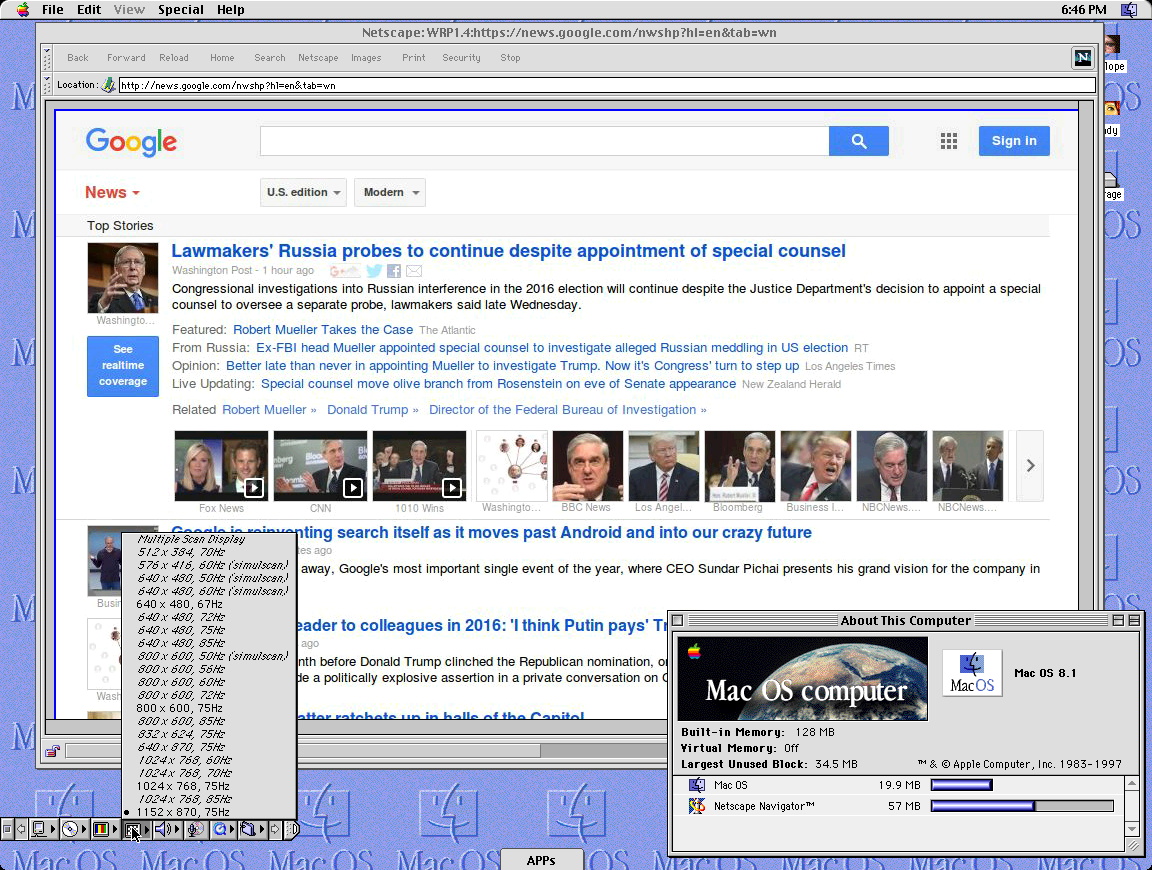 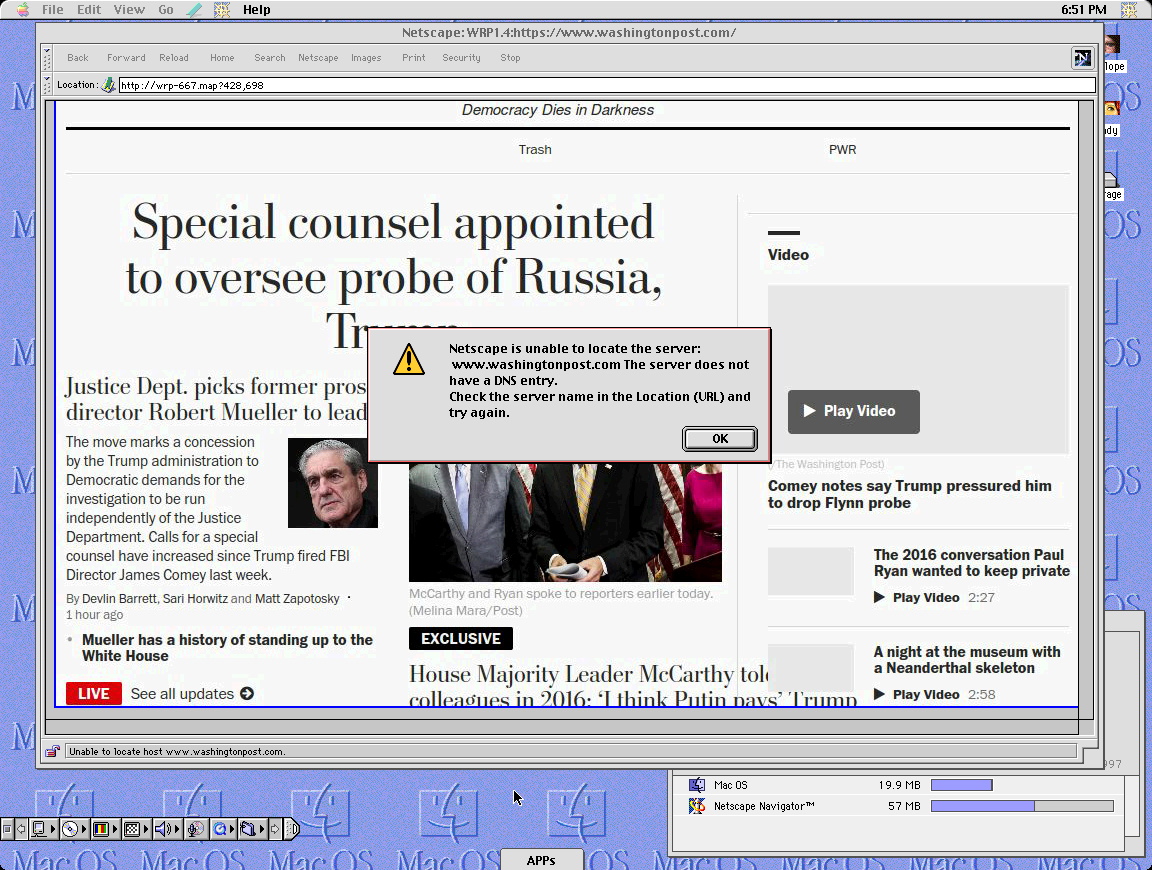