Fujifilm is developing software for Mac that will enable its cameras to be used as high-quality webcams, the company announced today (via The Verge). 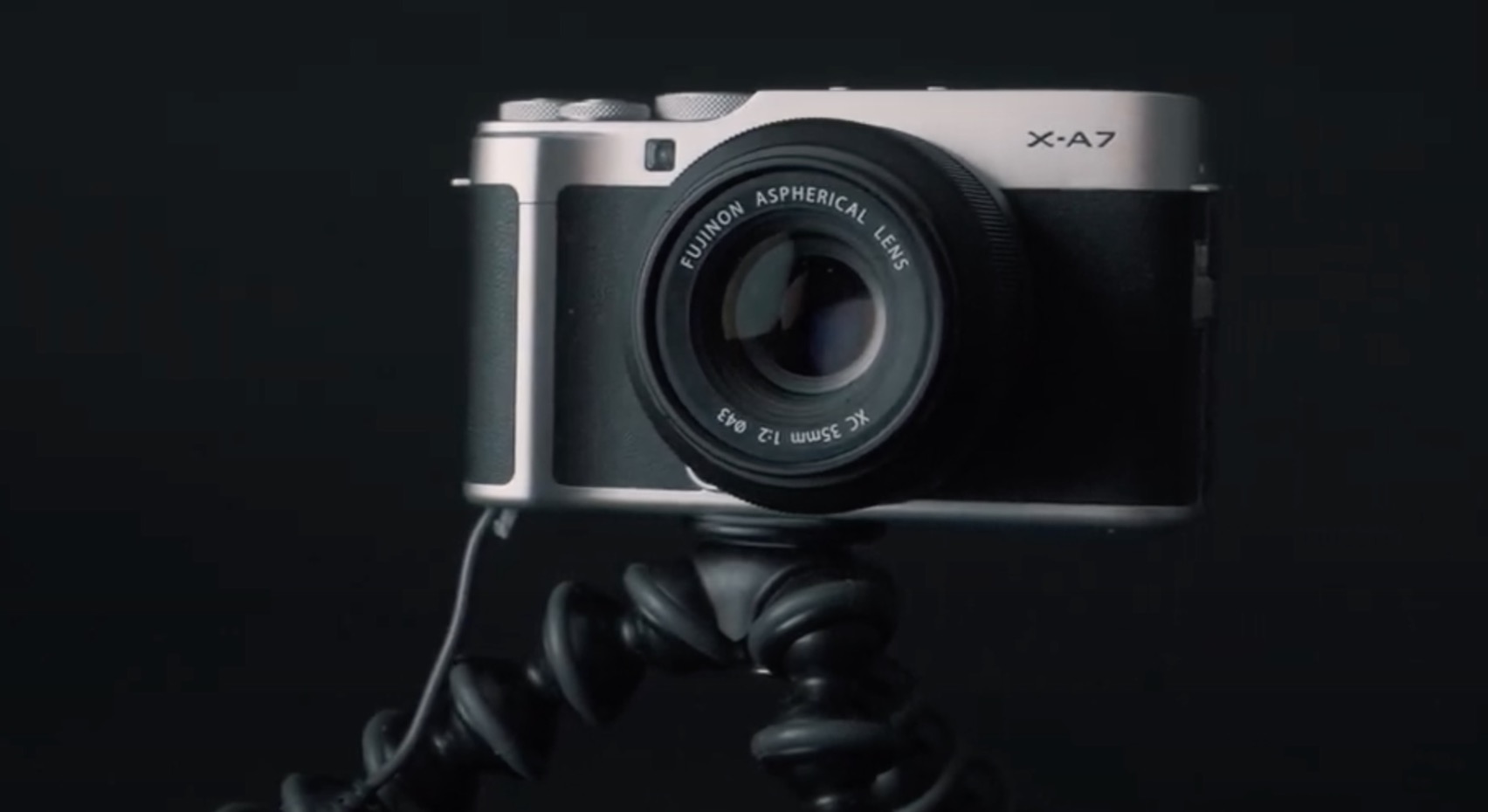 Fujifilm, Canon and Panasonic all offer software that brings webcam functionality to their cameras. The cameras are connected via a USB cable and provide a sharper picture for video calls, but most apps are PC only.

Fujifilm says it is bringing the same functionality to Mac due to the "overwhelming response" of its customers when it released the app for PC. The macOS version of the Fujifilm X Webcam software is due to be released in mid-July 2020.

Fujifilm has also expanded the number of X-series mirrorless cameras that work with its Fujifilm X Webcam software, with the X-T200 and X-A7 now supported. Other cameras already supported include the X-H1, X-Pro2, X-Pro3, X-T2, X-T3, and X-T4. Fujifilm X Webcam also works with all three GFX medium format cameras.

and then apple announces a webcam standard protocol for all mirrorless and DSLR cameras later today
Reactions: Scottsdale

Because most majority of Mac are still equipped with 720p one, even with latest 16 inch MacBook Pro, hence people want use existing gear already on their possession (mostly photographers) instead of shell out for new webcam.

Well 720p is decent, it not bad either, but probably due for upgrade. Only iMac Pro have superior and clearer 1080p FaceTime camera at this time. The rest still sticking with 720p.

MacRumors said:
Fujifilm says it is bringing the same functionality to Mac due to the "overwhelming response" of its customers when it released the app for PC.
Click to expand...

Nice PR work by Fujifilm. The timing suggests it was well under development before the PC version was released.

I'm looking forward to this. I've had no luck getting my X-T2 working on my Mac through other mechanisms.
Reactions: Scottsdale
M

Amazing how COVID-19 is changing software needs. I am glad businesses are responding quickly, the ones that wont will be left out.
Reactions: hagjohn and Scottsdale

SONY - Wake up - i want to do this with my A7R3 - i know there are workarounds but i want official app that would support that without investing in Blackmagic ATEM or other video capture devices.
Reactions: cryptonator, Scottsdale, travelsheep and 1 other person

Blows my mind that GoPro is not actively doing this.
Reactions: Mizouse, Lazy, Scottsdale and 5 others

Great news! Let’s hope other manufacturers come on board.

silvetti said:
Blows my mind that GoPro is not actively doing this.
Click to expand...

Yep that's a bummer - would love to use my HERO8 without adding extra gear.
Reactions: Mizouse and travelsheep
S

Hmm, does this mean I'll be able to OBS stream from my Fuji without an HDMI capture card?


silvetti said:
Blows my mind that GoPro is not actively doing this.
Click to expand...

You used to be able to stream from a GoPro to a computer but they removed the feature in order to push their own apps.

Man, I would love this for my Nikon Z6. Being able to just plug in the USB-C and get a feed with full frame video...
Reactions: travelsheep
0

farewelwilliams said:
and then apple announces a webcam standard protocol for all mirrorless and DSLR cameras later today
Click to expand...

Apple's standards these days usually means a closed-loop system which is tied to Apple software and devices only. That's not a standard. That's the opposite of a standard. H.323, H.263, H.264, H.265-SVC, H.265 and SIP are all real standards that have been used for video and audio communications for decades already (in case of the H.26x they have been evolving and the later versions have only very recently been adopted, naturally).

If Apple was really interested in "Standards" they would have opened FaceTime up so that it could be standards compliant, but that would mean that it would have to be able to talk to other SIP clients, which, of course, is not in Apple's interest. FaceTime is using the H.264 and H.265 codecs and SIP protocol, so it should be quite easy to open it up for interoperability between other clients, but naaah... That's not the Apple way.

Apple is trying really hard to not be standards based, and not to offer interoperability in the industry.
Sure, Apple might be using some standards based protocols and codecs, but they implement it in a closed-loop system and cuts off interoperability completely to make sure that people continue to buy their products. Quite consumer unfriendly.
Last edited: Jun 22, 2020

Crazy that we still need a driver to enable this in 2020.
Reactions: Scottsdale, t1meless1nf1n1t and travelsheep
C

I'm very skeptical about how good this software will be.

FINALLY someone pitied the leashed engineers at Apple and is helping them out... these 1998 style webcams on MacBook Pro are a bad joke in times of quarantine and lockdown ...
[automerge]1592825101[/automerge]

yurc said:
Because most majority of Mac are still equipped with 720p
Click to expand...

chasing.stoke said:
I'm very skeptical about how good this software will be.

to everybody complaining about Sony cameras: it IS possible
just install camera live (https://github.com/v002/v002-Camera-Live) and camtwist. it only works with a few sony cameras and is not officially supported. I got my a6500 to work while the a6000 didn't (which makes sense as it doesn't even allow live view in the official sony app)
S

Color me confused. Apple has had a USB Video Device Class driver for a long time. All Fuji (or any other camera manufacturer) has to do is implement that standard in their device firmware. No special software on the Mac should be needed at all.
Reactions: Lazy and Scottsdale

I wish I could use my iPhone 11 as a webcam linked to my MacBook Pro.
Reactions: mijail, freedomlinux, Idec50 and 4 others

chasing.stoke said:
I'm very skeptical about how good this software will be.

OMG... It’s horrible! I have a Fujifilm X-T3, and I love both photos and videos better on it than my Canon EOS R. At the end of the day though, the Canon has real software that all ready runs on the Mac but also a far superior app that brings extra convenience to using additional features of the Canon. Fujifilm has dropped the ball here, and it doesn’t really make sense. They have WiFi and Bluetooth. Heck, I cannot even get the Fujifilm camera to properly access the iPhone app for location sharing. May be able to take a remote photo but rarely able to view it remotely from iPhone/iPad.
T

Ian Howlett said:
I wish I could use my iPhone 11 as a webcam linked to my MacBook Pro.
Click to expand...

You can do this easily with NDI tools, now includes a virtual webcam for mac - ndi.tv

Ian Howlett said:
I wish I could use my iPhone 11 as a webcam linked to my MacBook Pro.
Click to expand...