1. You may enter only one photo.

4. At the end of the week, The Judge (last weeks winner) will choose a 1st, 2nd, and 3rd place photo, providing as much feedback as possible. (Judge has 24 hours to make decision)

5. The 1st place Winner will start a new thread with the topic/theme of their choice, and act as the Judge for that contest.
(Winner has 48 hours to create new theme)

Surrealistic art forms characteristically differ from the conventional forms in not having specific shape or idea.. Surrealist photographs are described as the images, which symbolically represent dreams, night mares, intoxication, sexual ecstasy, hallucination and madness. (http://www.photorails.eu/articles5.html)

My try at the topic. Fog on the Golden Gate Bridge with some PP effects: 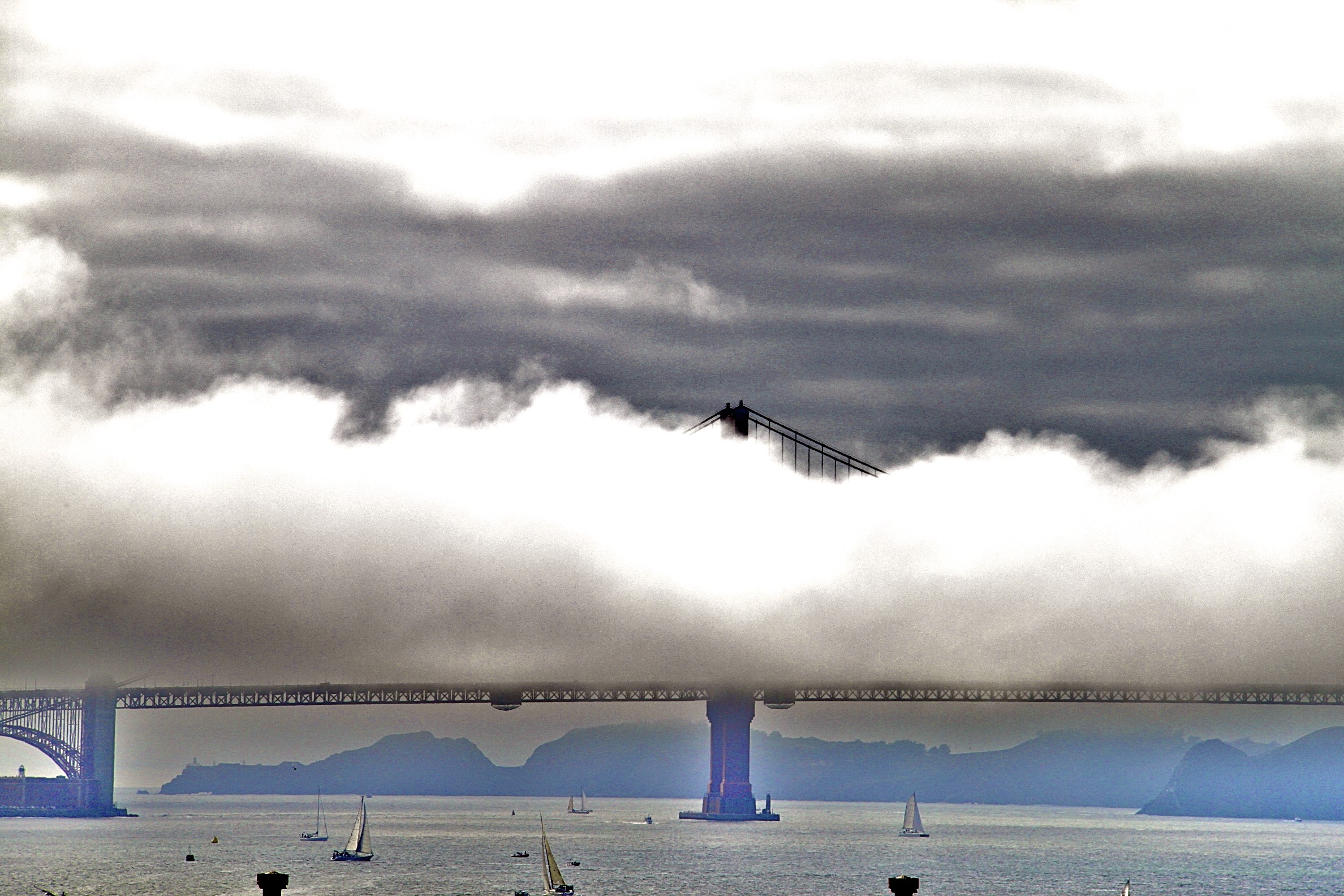 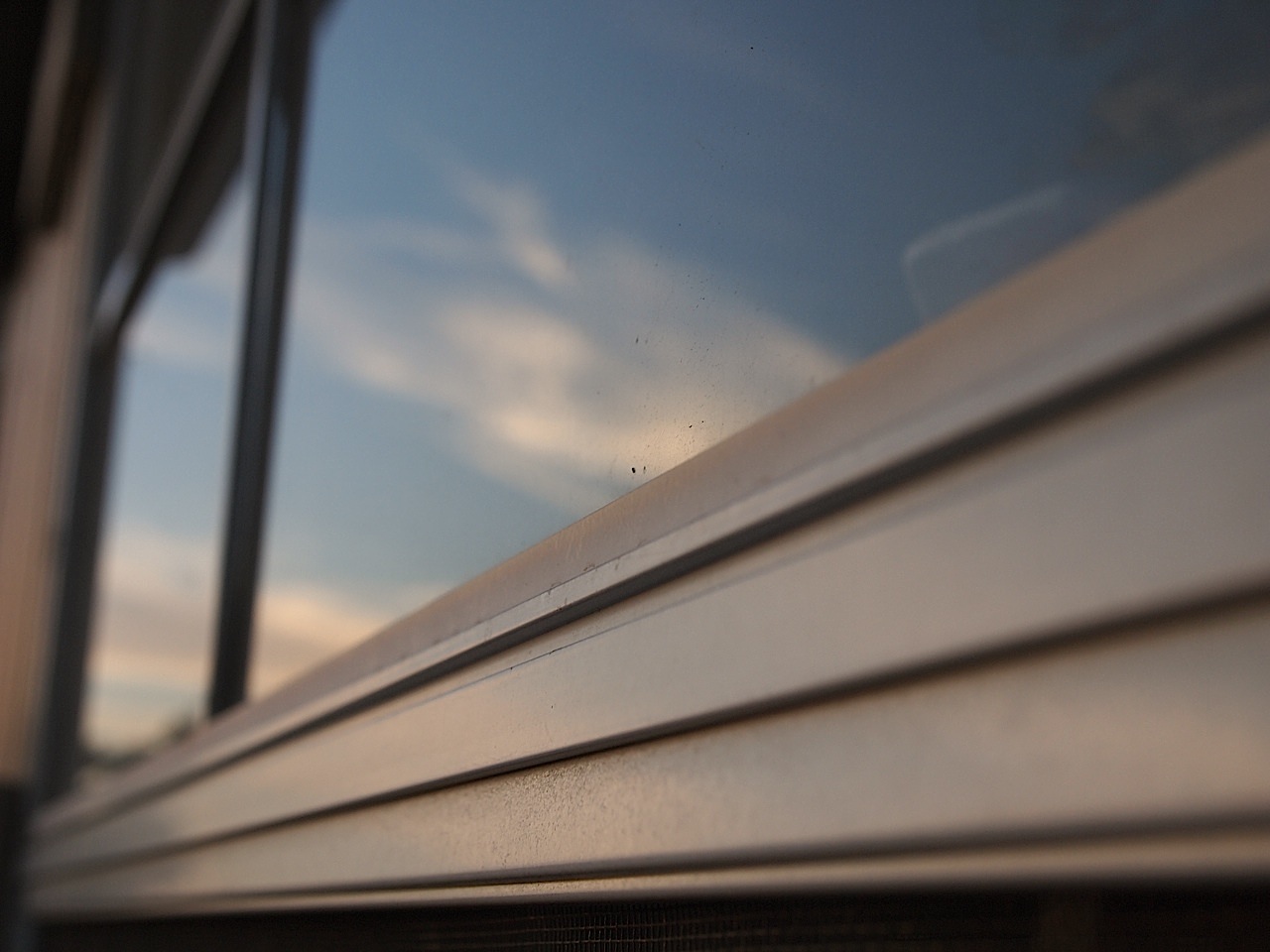 I'm not sure how surreal it really is, but whatever.
P

Unclear how this fits the topic, but I wanted to post (and show off my favorite dSLR lens) before this got full of hdr:
Last edited: Jan 20, 2014 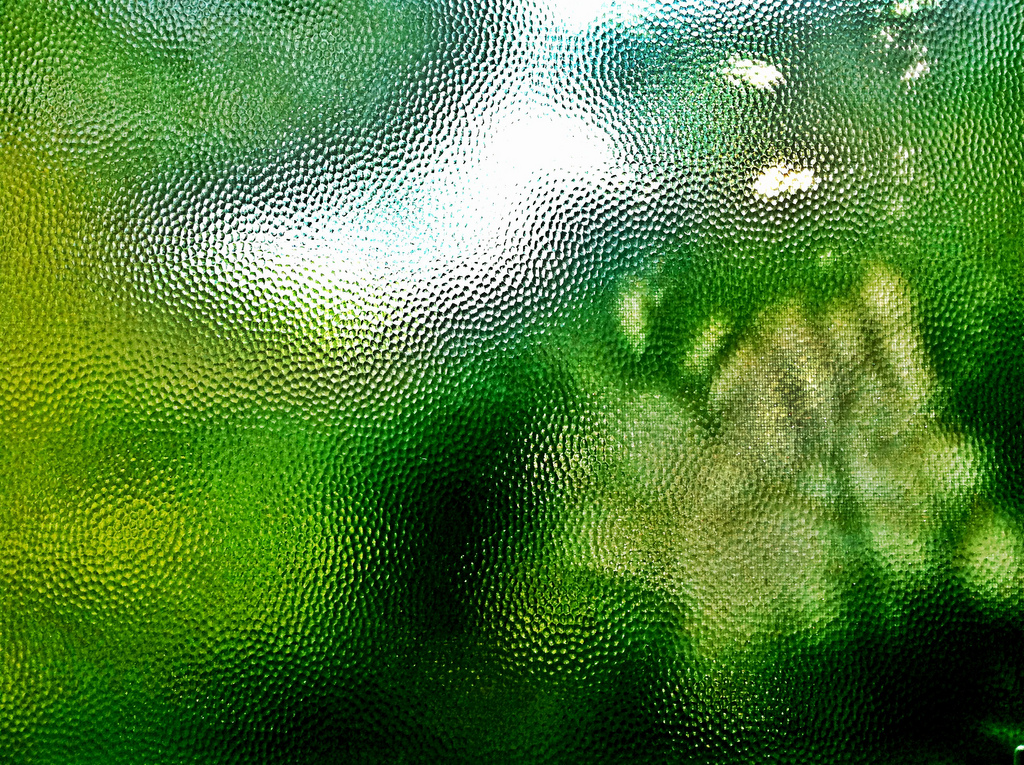 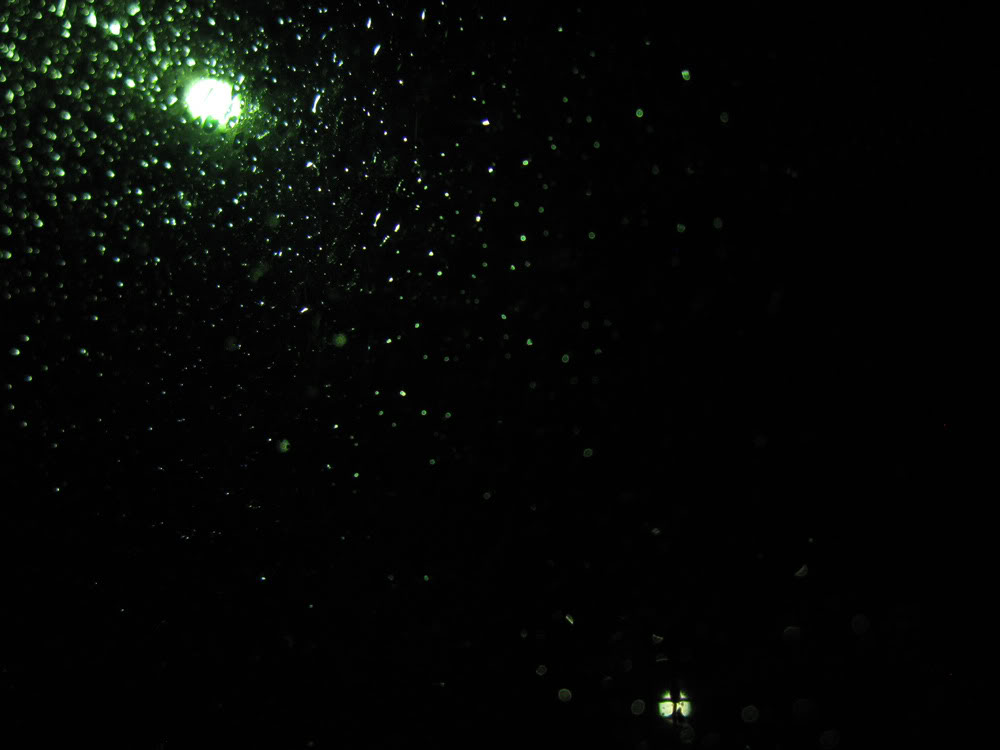 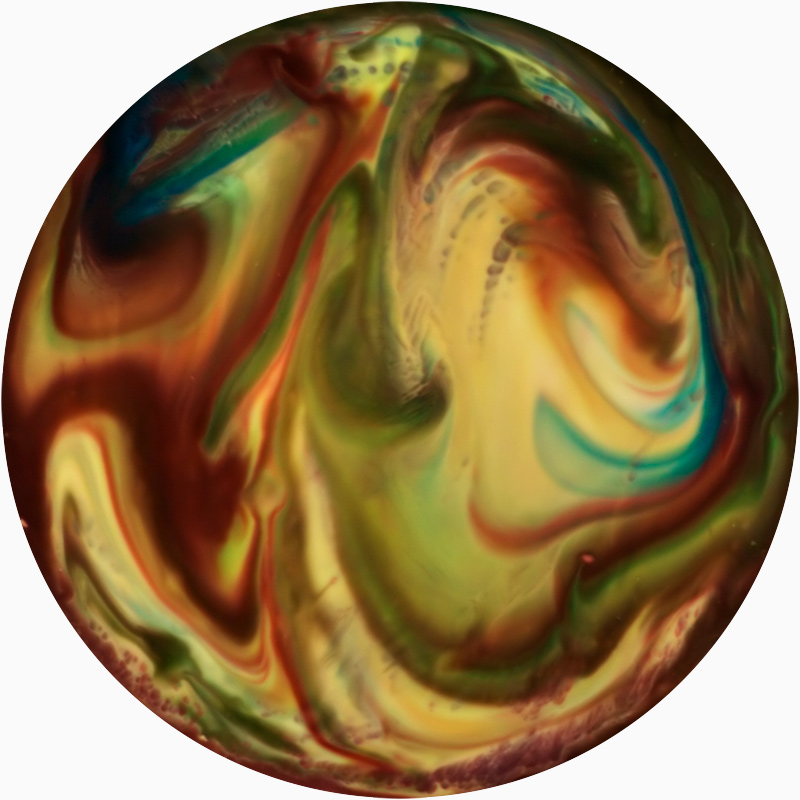 In camera, only contrast enhancement and text additing (yeah). 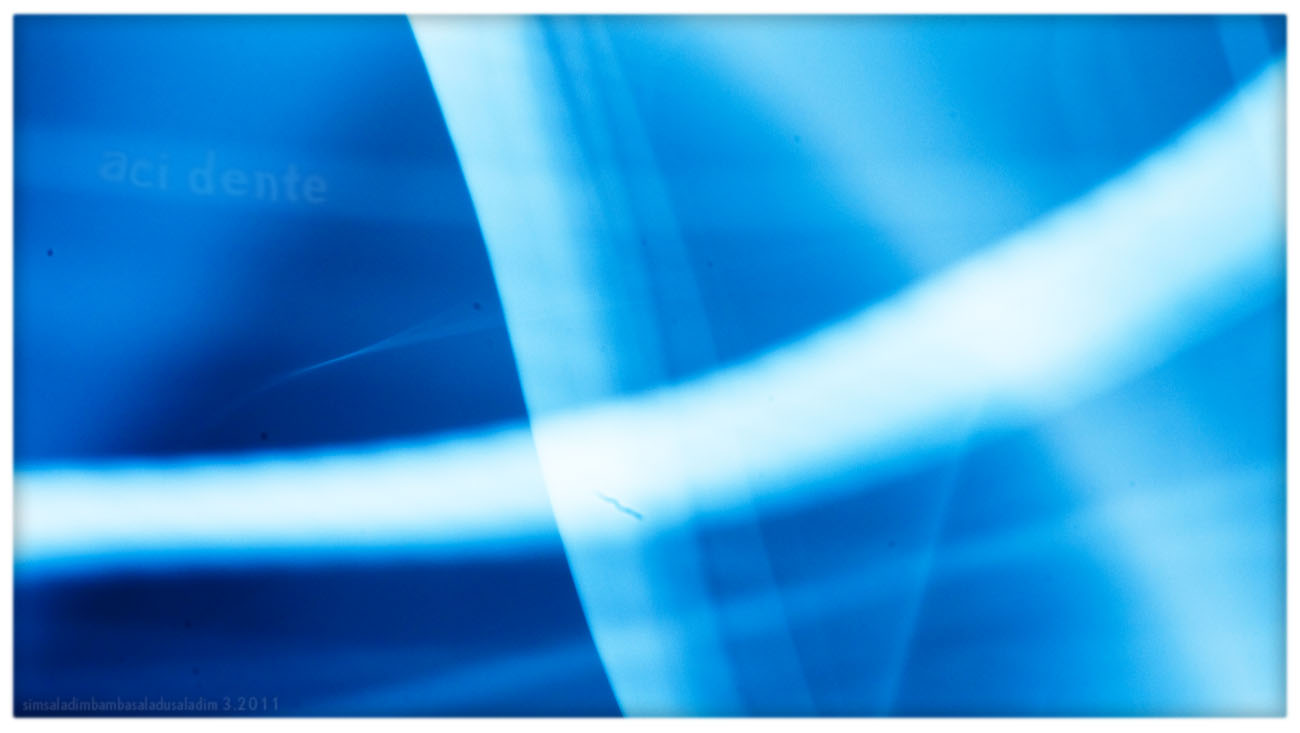 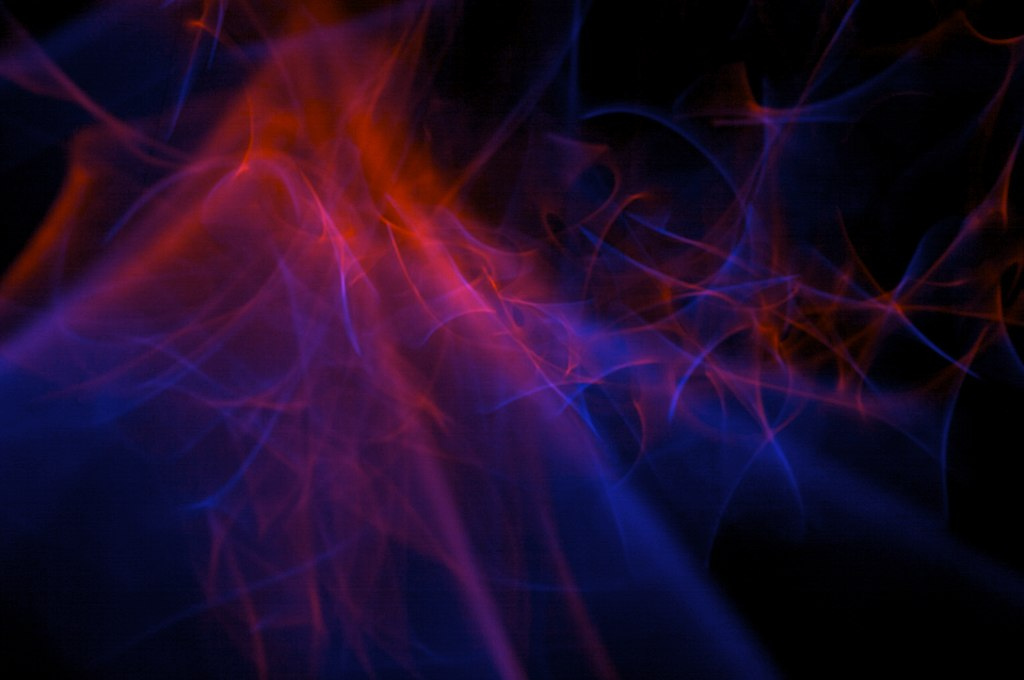 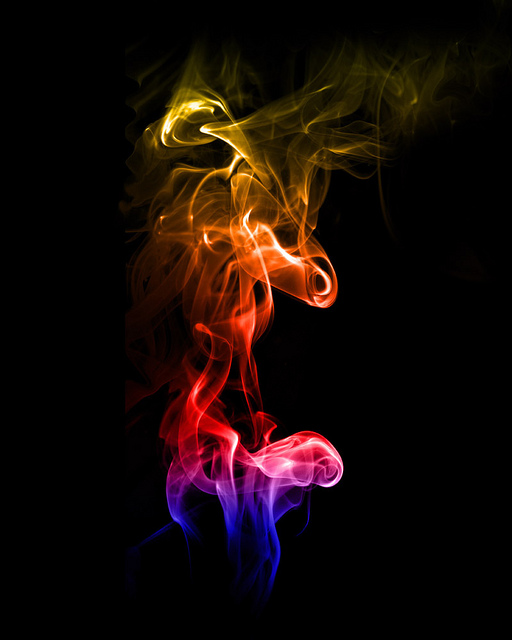 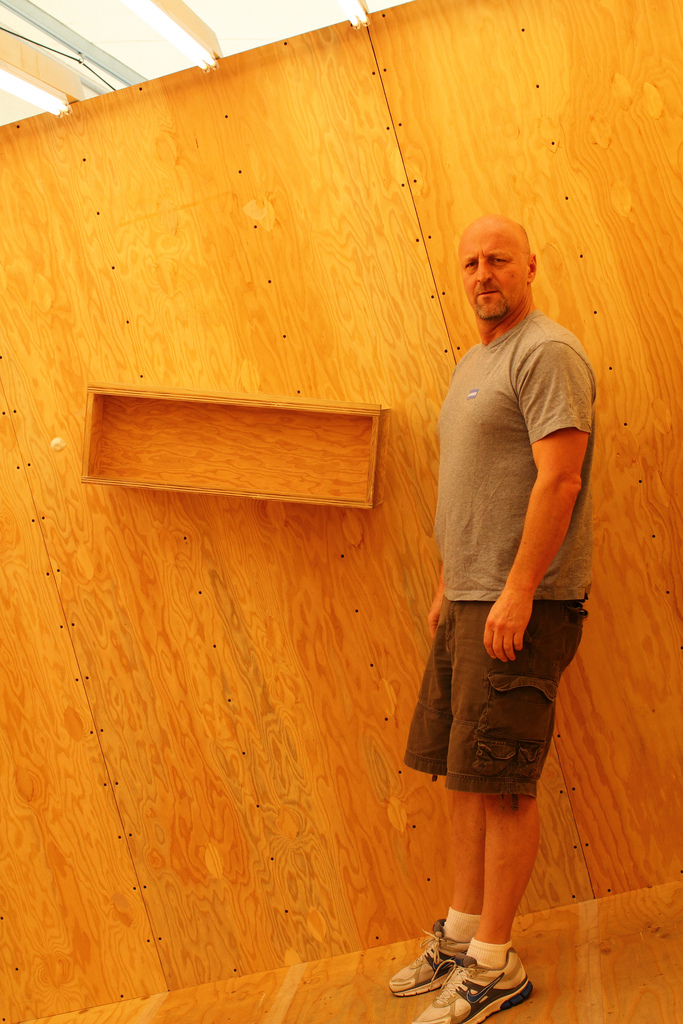 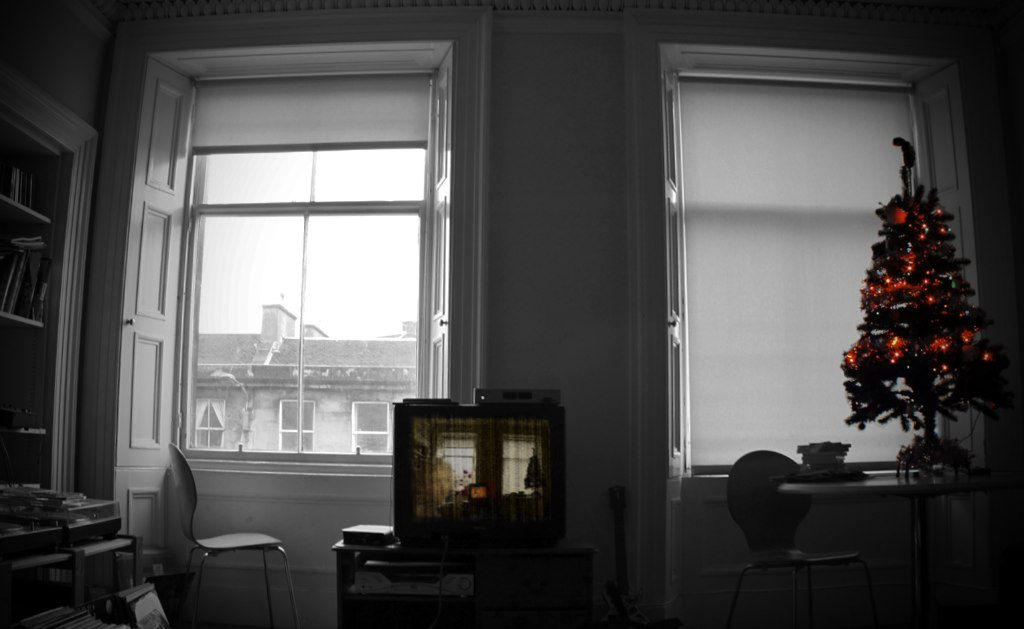 I'm going to post this to contribute to the thread, though I really, really don't want to win 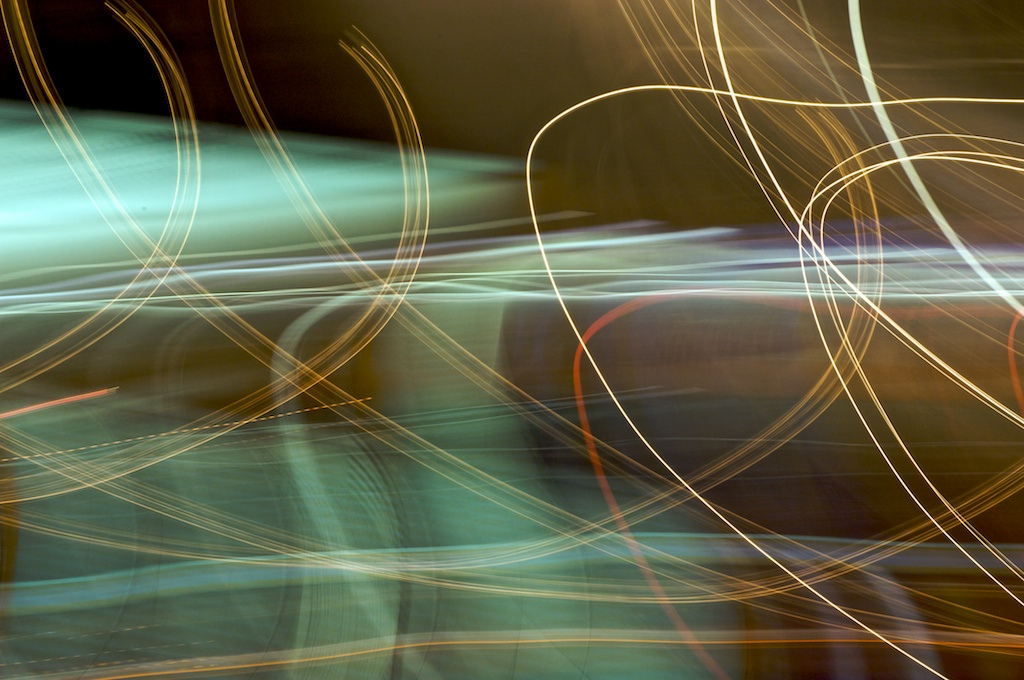 Shot in NYC looking at Rockefeller Center from my hotel window with a long exposure panning my camera with the shutter open.
Last edited: Mar 7, 2011
W 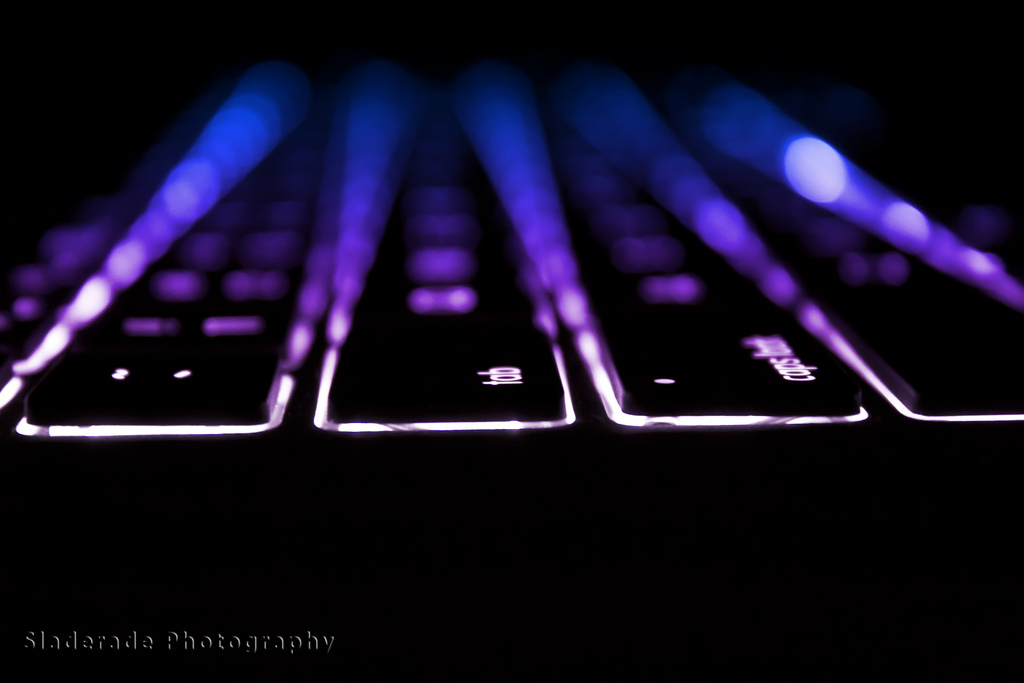 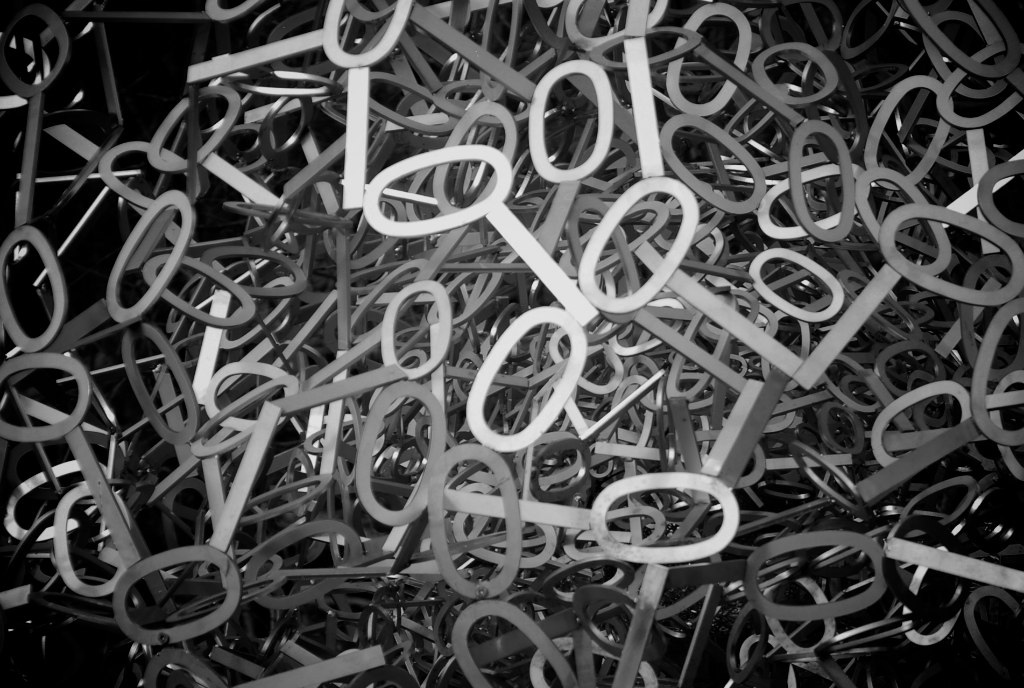 Here is my entry. Your eyes do not deceive you, that is the same girl in the bottom left hand corner! 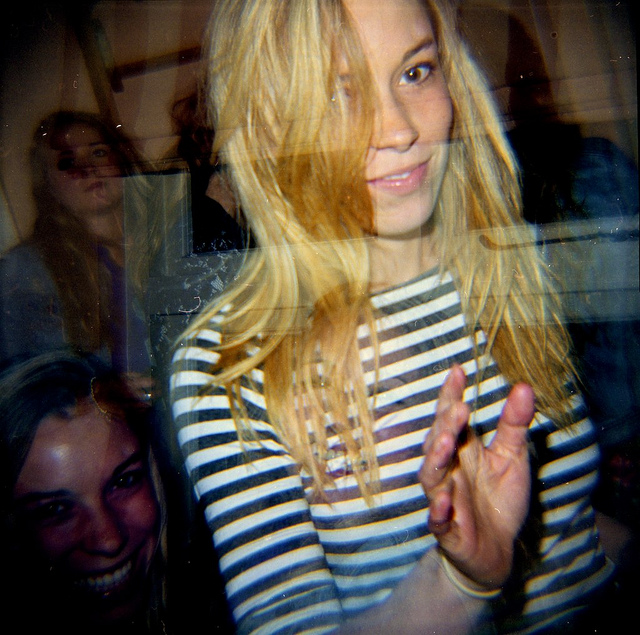 Contest is now closed and feedback and the winner will be announced shortly...

And The Winner Is...

Thank you to everyone who entered this Surrealism contest. I know this one was actually pretty difficult because people seem to think "surrealism" is open to a wide interpretation, but it's not actually. Though I was looking for your own fairly loose definition of what surrealism is, still, there are certain criteria that should be met for a photograph to be considered surreal; mainly, some sort of identifiable subject. Others have described it much better than I:

The “surrealist image” is an unexpected juxtaposition of different realities which André Breton saw most perfectly realized in the nineteenth-century poet Lautréamont's phrase: “As beautiful as the chance meeting on a dissecting table of a sewing machine and an umbrella”

In other words, there were many wonderful (and in a couple of cases, brilliant!) photos submitted to this contest, but unfortunately they were not surreal at all, they were abstract... and there is a big difference! Abstraction is generally where you completely throw out all form or structure, where as surrealism represents a non-filtered version of a reality.

And I won't even go into the very strict definition of what the father of surrealism, André Breton, declared photographic surrealism should be (look up Eugène Atget, Brassaï, et al.) because the times have changed, and this can be interpreted much more loosely now, and besides, this is all for fun!

I just thought I should clear that up beforehand in case some of you wonder why your, clearly excellent photos, didn't even make it into the top 3; it's not that they were not good photos, it's because they were not surreal by definition... and with that being said:

@deep diver: Thank you for being brave enough to start things off! Interesting photograph. I would say this is more abstract than surrealism because there isn't an identifiable subject. If it were a painting it would be expressionism.

@fcortese: Nice. Surreal; as if the clouds came down to rest on the bridge because they were too tired to hang in the sky all day... I like this. The only thing is the weird hdr looking glow in the bridge's support pillars that took away from the rest of the scene, for me at least.

@Hurd111: So much potential here; so much you could have done with this... but it sounded like you didn't really care or you gave up with your "but whatever" statement. I like that reflecting cloud in there but for the most part, this is just a snapshot of a window. I wish you could have had someone inside looking out and/or someone outside reflected in (just a few days ago I did a reflection photo as an example of what you could do with unprocessed surrealism; notice how the indoor pillars look as if they are cemented into the reflected outdoor sidewalk and the reflection of me looks as though I'm actually inside standing next to the outdoor lamppost!)

@Policar: Love this! This reminds me of René Magritte's "Empire Of Light". Sort of a night-time scene juxtaposed with [seemingly] daylight shadows... nicely done!

@munkees: I have mixed feelings about this one. Not really surreal, definitely representational as you had stated. It could have had the potential to be more surreal (not sure what you would have needed to do though to get it to that point) but as it is, it seems more a photo of a child's playtime scene with their imaginary friends than anything else (I don't mean the photo looks like a child took it, I mean the scene itself looks like a child set this up to play and then abandoned the scene; though that, in itself, is sort of surreal.)

@oblomow: Ooh, I wish I knew what you had here that you deleted; you never know, you could have had the winning photo!

@Keleko: And now we start to get into the beautiful abstracts... I really love this, the colors, the blur, but it is not surrealism, it is an abstract. Beautiful though.

@n8mac: Another one that is more abstract, though this one is kind of leaning towards the surreal because you can almost make out the light (lamp post? headlight?) in the bottom of the photo. Definitely a nice photo, but not quite surreal...

@Indydenny: Nice attempt, but this is more of just blurred lights. Seems too much of a quick snapshot. Maybe if you would have done a double exposure of the scene or something (there is an app for that.) It actually could have had potential...

@jabbott: Very abstract in every sense of the word.

@macrumormonger: Nice. Surreal. Something is missing in it for me though, not sure what. Maybe wish the scene was decorated or something, like if there was a table and chair in the scene to really play off of the slanted/ tilted room. So close... see Philippe Halsman's photo of Salvador Dali entitled "Dali Atomicus"; maybe you could have thrown a cat in the air or something!

@cupcakes2000: Love this! Very surreal. What at first looks like a plain scene in black and white with a hint of color in an attempt to make it look slightly surreal, upon closer inspection, a reflection in the television is actually the scene repeated in full color. Brilliant! And upon even closer inspection you see a disembodied face in the tv as well look back out at the "reality" of it all! This is what surrealism is about. At first glimpse, reality, but the more you look at it, the more things "above reality" are revealed!

@Waybo: Mixed feelings about this one. Definitely surreal. But disturbing to me for some reason... and I love disturbing usually, but she looks like she is dead instead of being asleep and abducted by aliens. I wish maybe you could have got an interesting expression out of her, like a look of shock or wonder or something. Still, it's nicely done but something is off about it for me (this is all subjective so please take my opinion with a grain of salt.)

@dslade09: Hmm... not sure about this one. It's nice. Kind of surreal, kind of abstract. Maybe this is the new future of surrealism? But to me it is more futurism (which I am a big fan of as well.) Maybe I am being too picky now. But I do like this a lot.

@AirborneAngel: So much potential here... You could have played with the colors or the lighting to bring something into this, but as it is, it is just a landscape photo. There is nothing really above or beyond reality, nothing juxtaposing the scene or standing out (even the clouds could have been way more dramatic with some tweaking in Photoshop.)

@epb87: This could fool people into thinking it is abstract, but it is not, it is surrealism! An explosion of Zeros... Nicely done!

@acearchie: Another one with good potential. Reflecting window scenes were the staple of the early surrealist photographers (though most preferred mannequins in store-shop windows as opposed to real people.) The thing that is off for me about this one is, it really does seem like just a snapshot of some girls partying. Wish this was something interesting going on, maybe even more staged or something. Or if the other two girls in the background weren't there and the main girl wasn't smiling it would have worked.

Thank you all for submitting, and for indulging me this contest. I hope you all take my opinions with a grain of salt because this really is very subjective.

3rd Place: Policar with the René Magritte-like photo (could have won it if there was a little more processing to make the sky look more daylight and the house look more night-time.)

And the winner is: cupcakes2000! I really didn't want you to win because you had just recently won, but this, for me, is a perfect representation of surrealism. The [seemingly] plainness of the scene juxtaposed with the liveliness and interestingness of the "repeated" scene within the tv makes this very surreal. Well done!

Congratulations to cupcakes2000 and to everyone who participated!