You are using an out of date browser. It may not display this or other websites correctly.
You should upgrade or use an alternative browser.
U

I've been having this weird problem with my MacBook Pro ever since I got it (used). It came from my cousin though, so I don't think he ever had this problem, otherwise I'd have trusted him to mention it. He's a graphic designer though, as an occupation, so I'm sure he put the graphics card through it's paces.

But yeah, the problem is that sometimes in browsers, the display is broken in weird ways.

It usually happens for a fraction of a second and then disappears, and usually only with video or picture files. But a few days ago, it happened while I was just browsing, and it stuck for longer then a split-second. Figuring "what the heck" I decided to take a screen shot. And I was surprised that actually worked. 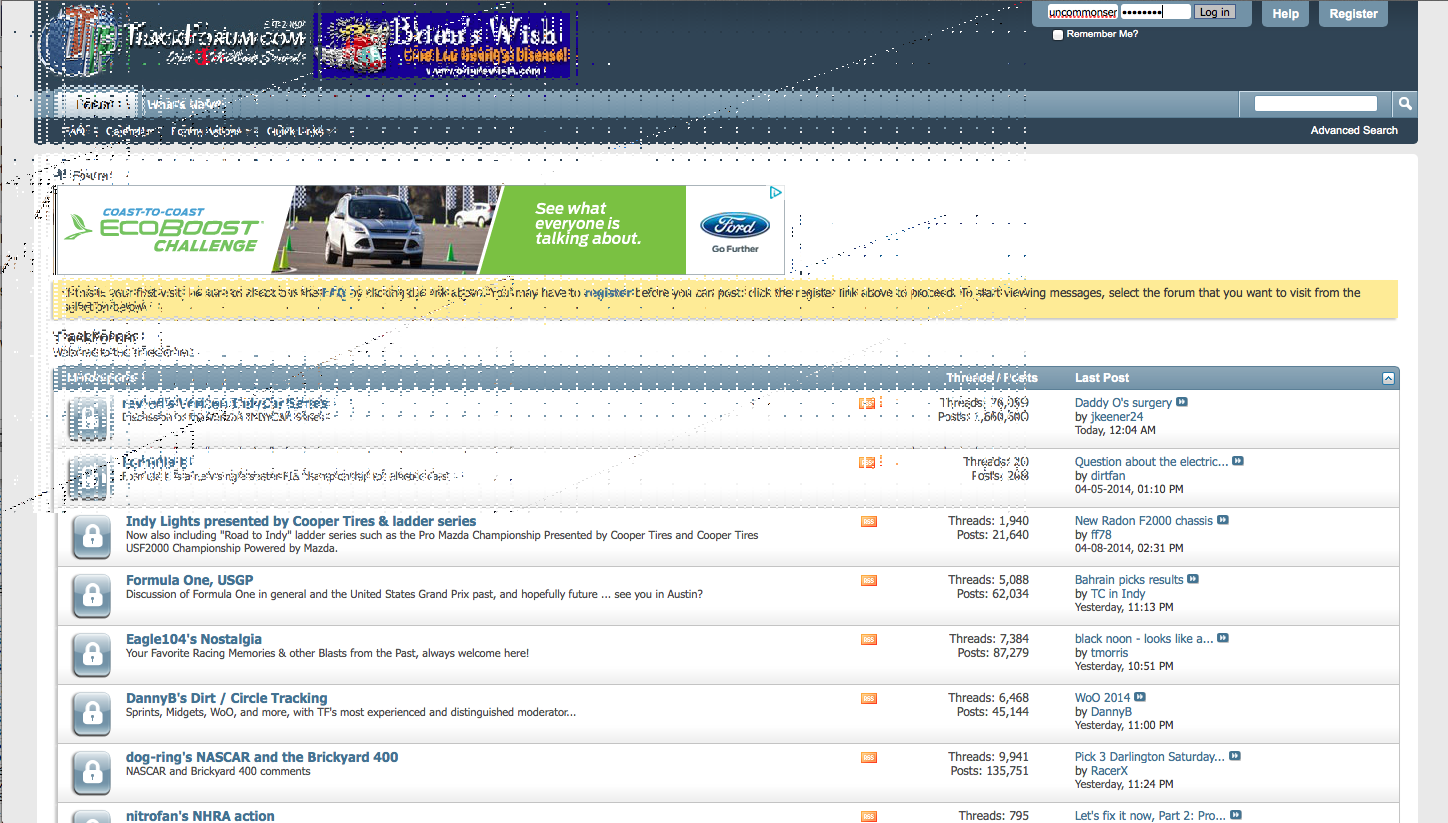 So this is a Screenshot I took from inside Safari. Sorry I didn't get the whole screen, I wasn't thinking because it had never stuck like that before, so I was just... almost excited to actually get a picture of it.

I've never had any other problems with this MacBook Pro, and this problem comes and goes. It'll do it a lot for a few days, then it'll go away for weeks. Then come back. And simply restarting the computer usually works for awhile even during those times when it's acting up.

Anyone ever seen this before?

If its just occurring in safari, perhaps its a bug in the software. Usually seeing artifacts on the screen is indicative of a failing GPU but if its only occurring in one app, its less clear
Comment
U

maflynn said:
If its just occurring in safari, perhaps its a bug in the software. Usually seeing artifacts on the screen is indicative of a failing GPU but if its only occurring in one app, its less clear
Click to expand...

Hey. Thanks for the reply!

It's happening in any and all browsers, Safari, Chrome and Firefox (I think). But it's never happened outside of a web browser, and I use a lot of other applications.
Comment