his guy is a legend. Just a God and hero among men. Mark Gubin is an artist and photographer in Milwaukee and decades ago he realized that his studio was along the flight path to the local airport. He had the brilliant idea to paint on the roof of his studio in giant letters "Welcome To Cleveland." Why? To mess with people mostly. 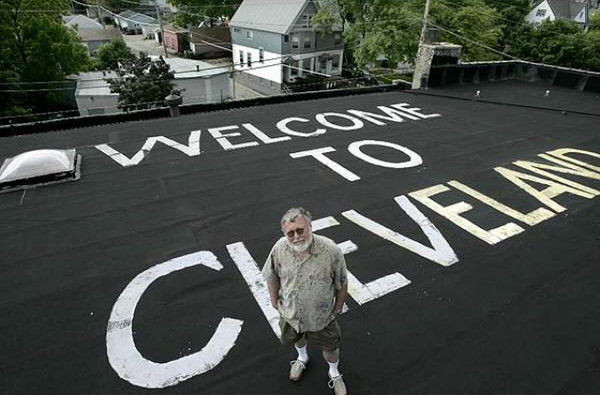 The sign is decades old, and is having new life today after being passed around Twitter. For years the sign has caused passengers on planes to freak out about going to the wrong place. There apparently was a Denver to Cleveland flight that stopped over in Milwaukee and the sign caused all sorts of confusion from passengers who thought the plane must have skipped the layover.
Click to expand...

Oh man, that is hysterical!

Things people come up with. Oh man, that is excellent. To be a fly on the wall when a bunch of passengers see that.

Wow, hahaha, that's funny and terrible. I'm not the best glyer, so I'd probably wind up getting escorted off the plane by the air marshal

Just to screw with people.....classic!

Too funny, in a twisted sense of humor way.