Just wanted to see what display sizes you guys are running with, and if you have 4k/5k panels.

I myself use a wide range of displays, from 15" LCDs that I bought 18 years ago to a 30" panel at work. I don't mind smaller screens, but I do like to have a big screen if possible.

While I have owned at least one notebook computer at all times since 2002, I actually do not enjoy staring at their tiny screens for prolonged usage (bad for eyes, back, posture).

So, I have used monitors ranging from 19” CRTs to my current 27” 4K HDR flat screen.

I have found that my aging eyes appreciate the better font anti-aliasing and higher 60Hz refresh rates of the 4K 27” monitor.

However, the greater width does require more swiveling of my neck, but often I use application window sizes that deliberately do not span the full width.

From 2002-2010, only had a notebook Mac, but in normal usage, it was plugged into a large monitor and standard keyboard.

Since 2010 I have owned both a Mac mini and some flavor of Mac notebook, but the latter was mostly used on the go. At home I have used a 24-27” monitor.

retta283 said:
what display sizes you guys are running
Click to expand...

I have an old apple cinema display, that's probably like 10 years old. I'm so surprised its still chugging along. A testament to how well built Apple products used to be

Its resolution is 1920 × 1200 and as such, the only thing going for it, as that its larger then my laptop display.

I'm in the market for a new display, and while I was focusing on 4k display (see my post), I'm contemplating an ultrawide setup in its place. I can see a 34" wide display providing more usable real estate then a 4k display that needs to be scaled fairly high to see the text.

I specifically bought a 15" because I didn't want to get a monitor.

Now I'm sitting here wishing I had just gotten a cheaper laptop and had an iMac or a custom desktop.

I think for the time being though I will simply get a laptop riser and an external keyboard because, while more size would be nice it's really the ergonomics of using it I don't like. I'm not sure whether I'm lucky or bitter that I don't have to use my laptop so much these days.
G

For the longest time I had just a single monitor - an Asus VH222H (21.5") - that pulled double duty on both my gaming rig and my Mac Mini.

I'm looking to buy a bigger desk & spread my setup out a little bit more here in the next year or so, but I doubt I'd ever go larger than 27". Given that I don't really buy many new games anymore, I'd be satisfied to stick with basic displays for my PC/gaming rig.

When my iMac dies though, if I ever get a second machine (I think I will, having gotten used to the convenience of having two around), I'll definitely be springing for a 4K display at the minimum.
S 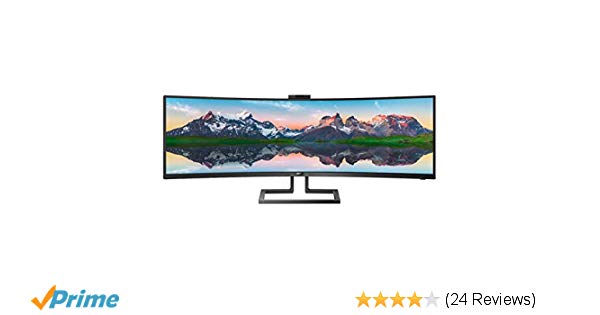 Its ok for office productivity but I'm not sold on it for my photo hobby.
R

I definitely prefer 16:10 to 16:9, I rarely do work that needs the wider aspect. Everything is about height.
Reactions: someoldguy and GalileoSeven

Have a 34" 3440x1440 ultrawide, before I got it I was also considering a 4k 27/32", but from what I read the UI on some programs I used scaled poorly. I did have a two monitor setup before, but they were mismatched slightly, I wanted to lose the bezel separation, and have a cleaner desk.
Reactions: GalileoSeven

kamikazeeMC said:
but from what I read the UI on some programs I used scaled poorly.
Click to expand...

Yeah, windows scaling support isn't great, and while its improved. There are some programs that still have tiny elements.

I have a 4k laptop, and its scaled up to 250% (the recommendation). This is what got me thinking, how much more screen real estate would I get? Granted everything will look exceedingly sharp thanks to the pixel depth, but I'm paying a premium, would I really benefit with a 27" display. A 32" would not need to be scaled up but the price of a decent 4k display goes up quite a bit

maflynn said:
how much more screen real estate would I get?
Click to expand...

If I went with 4K it would have been for the real estate and run it at 100% scaling. My eye sight is pretty good, but I’d be struggling to read stuff.

kamikazeeMC said:
If I went with 4K it would have been for the real estate and run it at 100% scaling. My eye sight is pretty good, but I’d be struggling to read stuff.
Click to expand...

I'm blind as a freaking bat, I scale up the iMac that I have, and when I owned a MBP, I scaled that up too
Reactions: TopherMan12, raqball and kamikazeeMC
R

maflynn said:
I'm blind as a freaking bat, I scale up the iMac that I have, and when I owned a MBP, I scaled that up too
Click to expand...

Ditto! I scale up everything.. Computers, phones ect… Even with my reading glasses on (3.5x) I still need to scale.... LOL
Reactions: TopherMan12

In general I prefer to work directly on a Laptop sans external monitor, find it helps me to focus. Really Apple's 15.4" 16:10 (and I guess now the 16") is a pretty golden balance in size and aspect. Can't get on with 13" if I'm doing more than one thing in one window, and I'm sure 17" would be great, but starting to compromise on the size of the computer then.
Reactions: alex cochez and someoldguy

I've been rocking with a 34" ultra wide and its been freaking awesome.

Here's a word document, where I have three pages opened up at once. 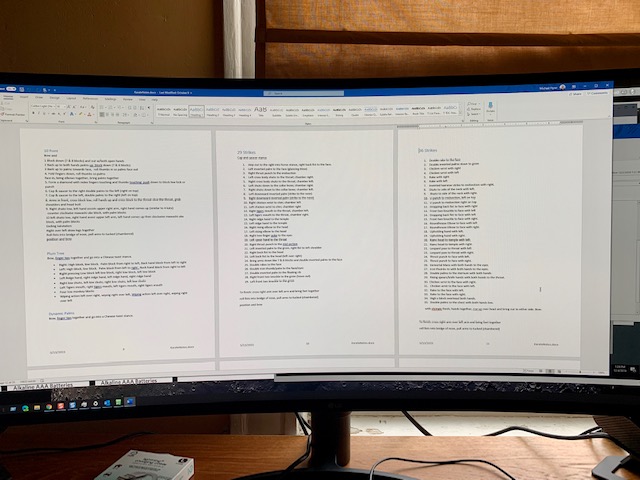 For going office to office I use a 15 inch MSI GS65. When I travel I carry my 13 inch MacBook Pro.

Earlier this year I upgraded my HP Envy 32-inch display you a Monoprice 35-inch inch ultra wide (also a 2k display) with 144hz capability to use at home. I hardly leave the house now lol
C

24" hooked up to an iPad does the job for me

Did consider a 52" curved 4K TV, equally too big for that particular area.

retta283 said:
Just wanted to see what display sizes you guys are running with, and if you have 4k/5k panels.

I myself use a wide range of displays, from 15" LCDs that I bought 18 years ago to a 30" panel at work. I don't mind smaller screens, but I do like to have a big screen if possible.
Click to expand...

I'm using my trusty Dell P2415Q 24" 4K monitor since I got it in 2014.
I can work with 4K 27" monitors, but 24" is really the sweet spot for me as my eyes hates having a giant lamp in front of them. I would never use 32" and ultrawide monitors, let alone a multi-monitors. It's bad in term of ergonomics (neck) to me: there's something great to not have to move its head at all.
I'm a pixel density freak since forever when it comes to displays (I'm a developper thus stare at text all day long), and 4K 24" is excellent for that with its 183ppi. It's also the most affordable high ppi monitor categroy, with the next step being the LG Ultrafine 5K 27" monitor and its 220 or so ppi, but it it is a tad more costly and work reasonably well only with macs.
Reactions: alex cochez
C

I have come to the conclusion that retina 12" tablets and non-retina 2160p monitors are required for regular web browsing.