What do these weather icons mean?

On my iPhone, what does this icon that has a cloud over snow mean? Thanks! 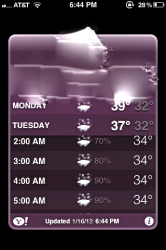 Thats not snow over a cloud. That is snow falling onto the ground and freezing, meaning a wintry mix/freezing rain.

Just noticed I have the same one.

maybe it means significant snow accumulation? since it looks like snow falling on the ground?

The symbol in the OPs picture is for heavy/settling snow, which is to different from the light snow symbol in tjb1's post.

Also, this is different from the wintry showers/sleet symbol, which shows both snowflakes and raindrops.

Finally, it is not an upside down cloud.

Glad we cleared all that up.

Freezing rain or slushy mix of way too much weather variance?

Have you intentionally obscured the city and current temp?

AlphaVictor87 said:
maybe it means significant snow accumulation? since it looks like snow falling on the ground?
Click to expand...

I agree...snow falling to the ground!
A

Can someone tell me what the symbol for monday is? searched and searched and nothing https://forums.macrumors.com/attachment.php?attachmentid=322895&stc=1&d=1328264472

Not true. These aren't the iPhone icons. Where, for instance is the hail icon from the above post?
I've done a long search and even been on the Yahoo! Developers' pages and can't find them anywhere.
M

No icon-based forecast would predict only hail. Hail is a product of intense generally warm-season thunderstorms so if, for some reason, hail was in the forecast you would see a thunderstorm icon.

Sleet is formed in an atmosphere where there is a warm layer well above the layer of sub-freezing surface air. Snow well aloft melts into rain in this warm layer, then re-freeze to sleet or ice pellets. Sleet bounces too, just like in the picture.

(Hail is formed by intense updrafts within a thunderstorm which pull raindrops well up to a sub-freezing layer a mile or so above the surface of the earth. The frozen drops fall as the updraft weakens, but are often pulled back up into the sub-freezing level by other updrafts, adding a layer of water/ice each time as the hailstone falling into the rain/cloud and then gets pushed back up over and over again. Sometimes this process (with very intense updrafts) can produce hail the size of a grapefruit or larger.)

And the OP's icon is heavy, accumulating snow...as Frosticus said.

Maybe there's a way to extract all the icons from the iPhone OS and then we could analyze.
There is a strict order to weather icons and it should be possible to deduce the meaing simply by the order in which they are listed or named.

Gosh, so many icons I never get to see here in sunny Australia! I feel like I'm missing out now.
A

A lot of people been saying its hail, ive never seen it before its so weird..stupid cold rubbish weather

My weather reading for tomorrow has rain coming out of the sun on it. I will brace myself for fire and brimstone rain accordingly.

AustinIllini said:
My weather reading for tomorrow has rain coming out of the sun on it. I will brace myself for fire and brimstone rain accordingly.
Click to expand... 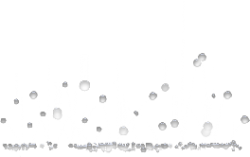 Alexandraa said:
Can someone tell me what the symbol for monday is? searched and searched and nothing https://forums.macrumors.com/attachment.php?attachmentid=322895&stc=1&d=1328264472
Click to expand...

Hail you can see it better now

Ah, in that case the answer to the OP is Snow, because you can extract the icons from the Weather Widget in OS Lion and they are all named:

Alexandraa said:
A lot of people been saying its hail, ive never seen it before its so weird..stupid cold rubbish weather
Click to expand...

Not hail...Sleet or Ice Pellets.