What do you think about BMW or MB or Audi's wagons?

For years, wherever I see a BMW/MB/Audi wagon, I thought to myself, 'WHY?'.

(I guess this post should be only for Americans since Europeans tend to enjoy wagons.)

Anyway, I used to think a sedan or a SUV looks way cooler than a wagon when it comes to BMW/MB/Audi. And, I looked at people who buy a BMW wagon as if they are committing a grave sin or something.

But, recently, I had a change of mind or a change of perspective for some reason, and I now kinda like the look. I definitely don't look at them as boring cars anymore.

agkm800 said:
And, I looked at people who buy a BMW wagon as if they are committing a grave sin or something.
Click to expand...

In my opinion they are. Can't stand the look of any of those wagons. Yuck.

Whenever I see anyone in a BMW/Audi/MB/Any other SUV I think 'Why?!'. Why the hell would you sacrifice so much performance and economy for something no more practical in the real world? Both will seat 5 with ease, and the wagon will quite often have more load space.

Almost none of the popular SUVs have any real off-road capability either, especially with the road tyres and wheels they have fitted. An Audi Quattro wagon would be just as good on grass/mud/ice/snow.

East of Lyra, Northwest of Pegasus

I'm weird. I love wagons and hatchbacks. My last two vehicles have both been hatches. There is a difference between a hatchback and an SUV. I like the fact that a wagon or hatch can give the versatility of an SUV while still performing like a car. And in some cases, like the Audi Avants, I think the wagon model looks better. I really want an Audi A3 for my next vehicle, but they are a bit too expensive for my budget. I also like the look of the upcoming Cadillac CTS wagon, but I will need to see it in person to make a final judgment.

I have a Volvo wagon, and it fits more to the image of Volvo. But the other three cars are known more for their performance, but even those three are not going to build a station wagon that can rip around turns safely. But I like the quality that those auto makers are known for, and if you have to have a wagon, why not get the best?

For looks, the BMW has the best imho.
C

It ruins a perfectly good car in my opinion. Many bmw/mb owners make the practicality argument, if you really need to fill up your $50,000+ car with junk, than buy an X5 or a Q7, but leave the poor little 5 series alone. There is something about the bulkiness of a wagon that just ruins a car for me.

While a BMW or Mercedes-Benz wagon may have more "cachet," I'd rather wait for this car: 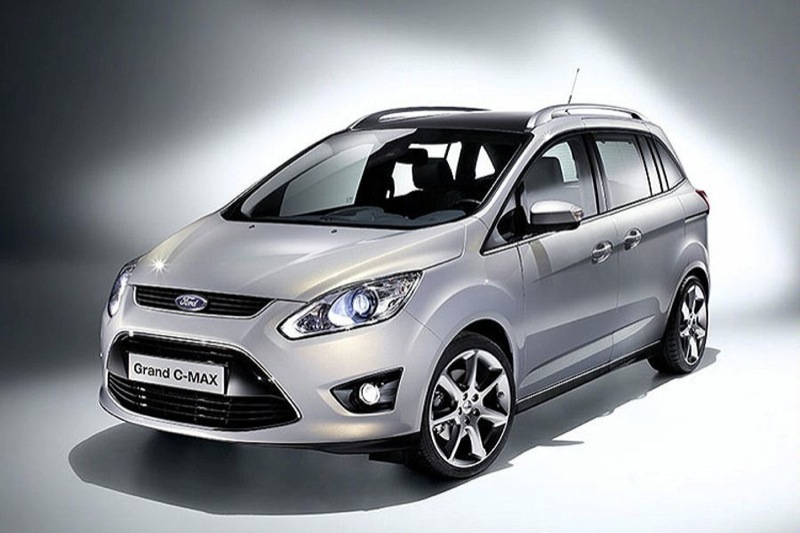 And this model is coming to the US market in 2011.

SpookTheHamster said:
Whenever I see anyone in a
Almost none of the popular SUVs have any real off-road capability either, especially with the road tyres and wheels they have fitted. An Audi Quattro wagon would be just as good on grass/mud/ice/snow.
Click to expand...

CUVs like the RAV-4 and CRV don't have much off-road prowess, but many of the higher-end SUVs have loads. Porsche's Cayanne is on the higher end of the spectrum, but it's an extremely capable off-road machine. It's a bit said no one uses them to their full extent, because a lot of engineering went into making some of them as good off road as they are on.

Wagons in general... big win for practicality. I drive a hatchback, and it's infinitely more versatile than any sedan.

I'm a huge fan of wagons--the Volvos are still probably the most practical ones (in terms of cargo space for the size of the vehicle) as long as you're looking at the higher-end makes...but heck, Subaru has some good ones, too. The BMW/MB ones make way more sense than the SUVs for the vast majority of consumers, I'd guess--since most of them never even make it off-road, the 535xi wagon is just as useful for poor-traction conditions as the X5--with at least as much cargo room, and a much lower center of gravity (better handling/more fun to drive). You can't even make a safety argument--the X5 is no safer than the wagon. Meanwhile, the X6 is just utterly useless--same basic thing as an X5, but with less space, visibility, uglier design, and higher cost. Seriously, has anyone else here ever been in the back seat of one of them? It's incredibly bad.

Along similar lines, the Audi Allroad A6 Avant fits the same market as the 535xi wagon--and even a non-allroad A6 with Quattro will do the job nicely in inclement weather. The smaller wagons (A4 Avant, 325xi) aren't as practical, but still are a lot more useful than the A4 sedan/3-series sedan+coupe, if you don't mind the styling.

I love hatchbacks and wagons. IMHO, they're what most SUV owners actually wanted, but didn't realize until recently.
H

ucfgrad93 said:
In my opinion they are. Can't stand the look of any of those wagons. Yuck.
Click to expand...

Oh, come on! Show some compassion. My Allroad is making a sad face

Recently, during a flash flood storm, I tapped my height adjustment level to the highest and drove right through the deep puddles. Should have seen the look on peoples faces watching my car lifting itself higher and higher. Priceless

Not quite a wagon, but I love my GTI. You can haul crap around in the back and have fun doing it.

yg17 said:
Not quite a wagon, but I love my GTI. You can haul crap around in the back and have fun doing it.
Click to expand...

In essence, the car-platform hatchback is a great thing, and makes a lot of sense...too bad so many of the good ones never make it across the pond!

The only hatchback I would even consider driving: