What Is The Latest Version Of iOS Recommended For A 5S

I am planning on buying my Mum a phone and it looks like the best option as far as iPhones goes in terms of getting a new one is a 5S 16GB. By best I mean she needs the most basic option. I've had a look at second hand iPhones in local shops here in the U.K. but even the best condition ones I'm not too keen on. If I get her a 5S on contract what is the latest version of iOS that is recommended. Will iOS 9 run fine on it.

Also I'm in the U.K. The best deal I've seen is with O2 which is £168 for the phone and then £12 per month for 500. Mins., 500 MB of data and unlimited texts on a 24 month contract. Anyone know of any better deals. The texts and data are not that important and minutes can be around the 500 mark. She is not going to be using any other apps other then Whats App and maybe Skype. She is primarily going to use it for making the odd phone call and send a few Whats App messages.

Any help/advice would be appreciated. Thanks.

BS. Don't listen to this - iPhone 5S performs great on the latest version of iOS 9, which I have on mine. It is fast and no complaints to speak of.
Reactions: Skika, chrizzz09, ABC5S and 3 others

I'm on iOS 8.3 still, it works fantastically. I don't think it hurts to be on iOS 9.x.x since it's so similiar (and perhaps better with the new batter saving mode)
A

Definitely 7.1.2. iPhone are at its peak of performance on its OS shipped.
Reactions: ROLLTIDE1 and emilioestevez
J

I'm using my iPhone 5S perfectly fine with iOS 9.3. To give Apple credit where credit is due, they have been putting a lot of effort in optimizing iOS 9 for older iPhones. (Of course, the 5S is a fully 64-bit system that's half the speed of the highest end current phone, so this isn't exactly a stretch - supporting iOS on the older 32-bit phones is much more challenging.) In essence, the 5s is the first of the "modern iPhone platforms", and as such is still fully compatible. With the iPhone SE gaining market share and providing the bulk of future growth in poor countries, this platform will have good support for quite awhile. Apple realizes the 5S/SE is many people's first ever iPhone, and it matters how well it performs.
Reactions: chrizzz09, ABC5S and Channan
M

Thanks for the replies. I will take on board the responses so far.

Mr.C said:
Thanks for the replies. I will take on board the responses so far.
Click to expand...

Apple does not allow downgrading iOS.

I was certainly running fine with iOS 9 when I had my 5S; that's the one I'd recommend (the latest 9.3.2, of course).
Reactions: ABC5S and Channan

You have to decide at which point you're no longer willing to trade performance for features, and that time has not yet come for the iPhone 5s.

OP, feel free to update to the latest version of iOS on the iPhone 5s. The iPhone 5s runs iOS 9 like a champ.
Reactions: phillytim

My friend uses a 5S and it is updated to the latest and it works just fine.

Apple does not allow downgrading iOS.
Click to expand...

Thanks. I am aware of this as I've owned several iPhones and iPads over the years and I'm familiar with upgrading iOS.
Reactions: eyoungren

I absolutely believe that the overwhelming great features that iOS 9 gives you over iOS 7 is worth you taking the chance on.

phillytim said:
I absolutely believe that the overwhelming great features that iOS 9 gives you over iOS 7 is worth you taking the chance on.
Click to expand... 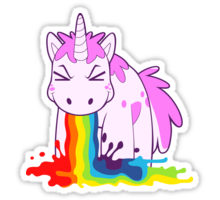 Sorry, only my opinion.

You must lead a rough life.

phillytim said:
You must lead a rough life.
Click to expand...

Well, it's not hearts and roses but I do like my tech. One of the reasons I jailbreak is to get rid of the primary colors that are now built in to iOS. Eclipse, Eclipse 2 and now Eclipse 3 have allowed that along with Monochrome.

I'm still a fan of iOS 6. There's nothing I do now I could not accomplish on iOS 6, but unfortunately time and devices have moved me away from it.

I'll bet the majority of people suggesting an older OS otherwise update their 2 year old computer to the latest version with a comparable performance hit.

Have you seen my user signature?