What to do? (humming noise, VRAM issue)

So I bought a new 24" iMac October 27th and from the moment I turned it on, a clicky humming noise accompanied the iMac. The sound resembles the old school projectors like the stereotypical "3...2...1..." video before an old video. (hopefully You know what I'm talking about) 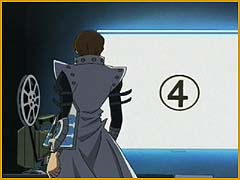 That's the best image I could find using Google​
So anyways, that's one problem and I ran TechTool Deluxe (included with AppleCare, and the results kept coming up with a VRAM issue. I ram techtool deluxe several times to see if the same thing would happen, and yes... VRAM issue kept coming back. But today I ran it again, and no VRAM problem was detected, but there was still that SOUND!

Oh, and I also have a backlight bleeding issue that is pretty noticeable when watching movies.

I was wondering if Apple would exchange, fix, or what with my iMac's problems. I called AppleCare and they told me to take it to the Apple Store.

So today I took it to the Apple Store and the store was closed for renovation, this is the RENO apple store. The sign said that they would be closed until the 13th of this month. So should I call AppleCare and see if they could replace it, or is it a waste of time and I should just wait until the Apple Store opens back up (GRRR)

It would be alot of help if I got some help with this issue. I'm 16 and I just want an iMac that works, I saved up too much money to buy a computer that I'm not happy with.

Other than that, Leopard is pretty much amazing.

Take it back. Run the Apple Hardware Test that came with the machine too, to see if it can find the same VRAM issues.
Comment

Could have updated this thread.

Apple is the only one that can help you.

Call them and tell them the nearest Apple Store is closed for renovations.
Comment

Thanks man, I forgot about the old one.
I'm going to give AppleCare a call tomorrow

besides that
does anyone know of a good way to watch TV on a Mac?

I bought a Pinnacle TV for Mac HD Stick today
I set it up so I could watch TV from my satellite receiver box,
and the video quality isn't too good.

2019 iMac to external speakers- is there some kind of filter for noise/electricity?