WhatsApp has introduced a new call feature to its platform that allows you to jump into an end-to-end encrypted group call even after it has started. 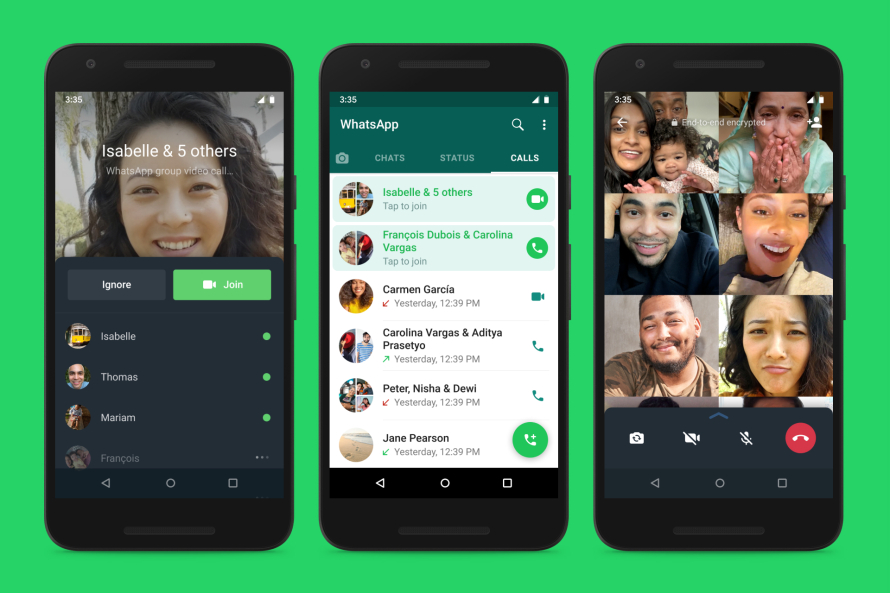 Previously it was only possible to join a group call in WhatsApp when the call was first made and the phone was ringing, which meant if you missed the initial notification and the group call had started, you were effectively locked out of joining.

Joinable calls changes all that. Now, if someone in the group misses the call when the phone rings, they can still join whenever they like. You can also drop-off and re-join the call so long as it's still ongoing.

WhatsApp says the new feature serves to "reduce the burden of answering a group call as it starts, and brings the spontaneity and ease of in-person conversations to group calling on WhatsApp."

In addition to joinable calls, WhatsApp has got a new call info screen so you can see who is already on the call, and who has been invited but not yet joined. There's also a new "Ignore" option in the calls tab if you want to join a call later.

Joinable calls is rolling out now globally. Note that only eight participants can be active on a WhatsApp call at one time.

Seems like a very cool feature. Get to talk to all my friends at once.

Still not going to accept their new terms & conditions. I don’t care how many times I have to click the (x) in the corner.

Yay, you can use WhatsApp on an iPad without being tethered to a phone...oh wait, nope, a different feature.
Ok, still waiting WhatsApp.

Not everyone is you.

Only feature WhatsApp really needs is the ability to block people from sending you audio messages… nothing more frustrating than listening to a 50 sec audio message that I could have read in 15 seconds.
Reactions: GeoStructural

kiensoy said:
Not hard to imagine, millions use it.
Click to expand...

There is a lot of hate here for WhatsApp but the reality is that it is extremely superior to iMessage + Facetime, the UI is more fluid and it has better features.

It is also multiplatform and used all around world, the US is the only market where it is moderately challenged by other apps. My Chinese friends go to the extreme of using VPNs just to have WhatsApp.

That is a great addition but I would love to have the option to disable it all together. I hate audio messages too.
Last edited: Jul 20, 2021
Reactions: t1meless1nf1n1t

It was good while it lasted. I moved over to ’Signal’ just prior to FB’s announcement to essentially go into every folder on my devices.

dankron said:
Only feature WhatsApp really needs is the ability to block people from sending you audio messages… nothing more frustrating than listening to a 50 sec audio message that I could have read in 15 seconds.
Click to expand...

contacos said:
everyone but the US and China use WhatsApp
Click to expand...

almost everyone i know in the us also uses it

imagine all the people.
Z