After the screen died and repairing would cost more than 1000 Euro for a 2013 iMac, I plan to buy a new one.
I am still deciding which video card, 570 or 575?
Usage is iMovie with 4K videos, Photos, Xcode, Safari, Mail and so on.
CPU I think I will stay on the i5, but still thinking about the video card. 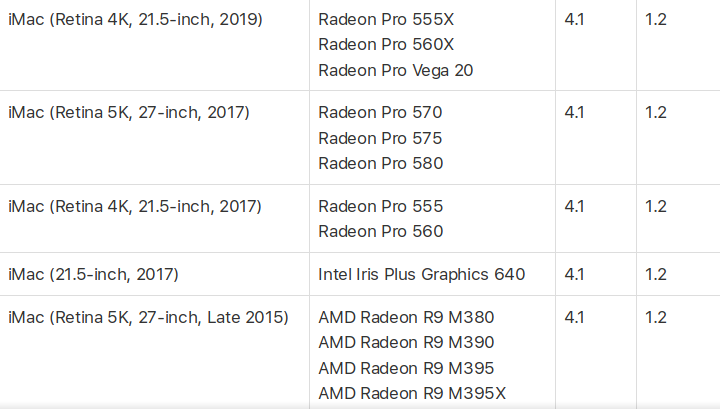 There is not much to say, a 2019 iMac is in itself a very powerful machine and the same with its video cards.
Either 570x, 575x or 580x would have to meet your expectations.
Although if you want another technical comparison, the Radeon Pro 580x has 40% more performance than the 570.
Something that is very important is the memory of the video cards, that is, for certain uses it is better to have a video board worse in performance but with more memory, example: Radeon Pro 570x 8GB vs Radeon Pro 580 4GB.
Making a basic summary, more GBs mean being able to work with higher resolution content, and more performance means that simply rendering or heavy work is done faster.
I do not know if what I am going to say is true but I would believe that for video editing in 8K it would be necessary to have a Radeon Vega.
In fact, in the world of computers outside Apple, Radeon's RX series is mid-range but I think that in the world of Apple they feel a high-end compared to Intel graphics.
M