The spec is thus as follows:

A couple of times in the last 6 months the computer has, when switched on, frozen at a blank white screen with no cursor and nothing whatsoever on the screen.

These were isolated incidents, and holding down the power button to shut down would clear the problem and it would boot fine on the next attempt.

The problem has reared its head several times today however. Every time I start the machine it freezes on that white blank screen. When I hold the power button to shut down (the only option at that point), and try to start it again, I get this screen: 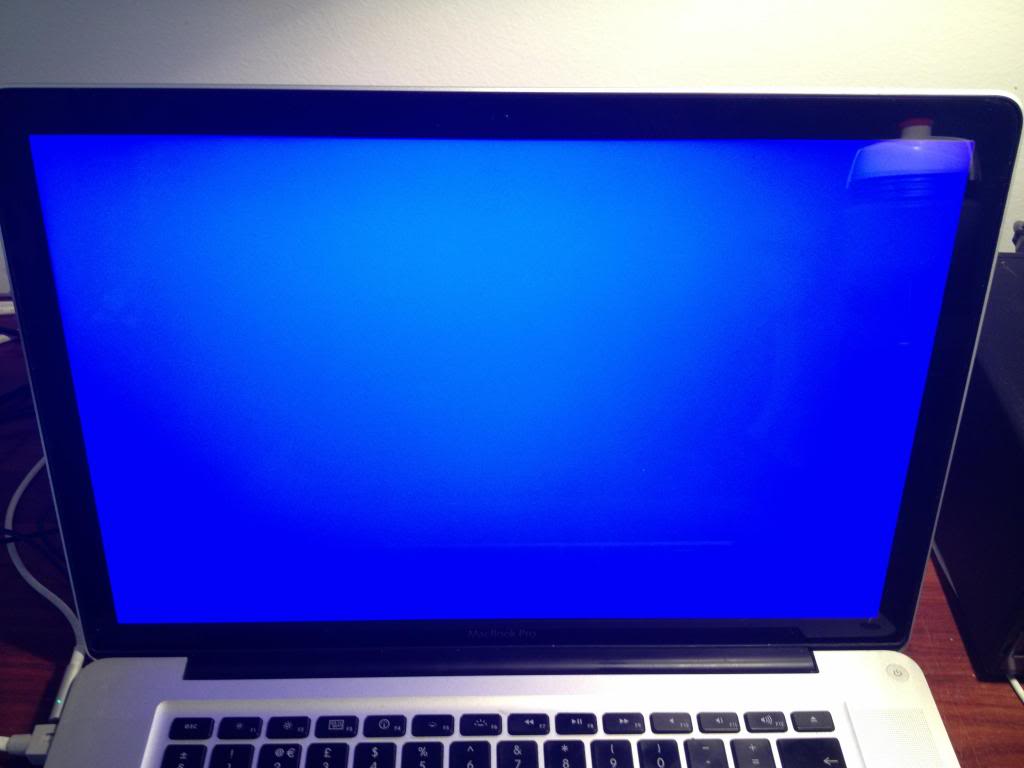 Note that despite how it may look in the photo, the blue colour is uniform across the display.

Repeated attempts to restart may result in either this screen or the white screen several more times before it boots to desktop successfully.

Holding shift to go into safe mode generally works, but a few times the blue screen has appeared during the boot sequence to safe mode (appeared while the grey progress bar loads at the bottom of the screen).

I've never done much gaming on this computer, but tried some borderlands yesterday before these problems started. It ran surprisingly well on low settings. I've also played through Portal 2 on this machine with no issues. When I try to play either game today, the computer crashes.

Either to a black screen (though the display is still powered), or to this screen: 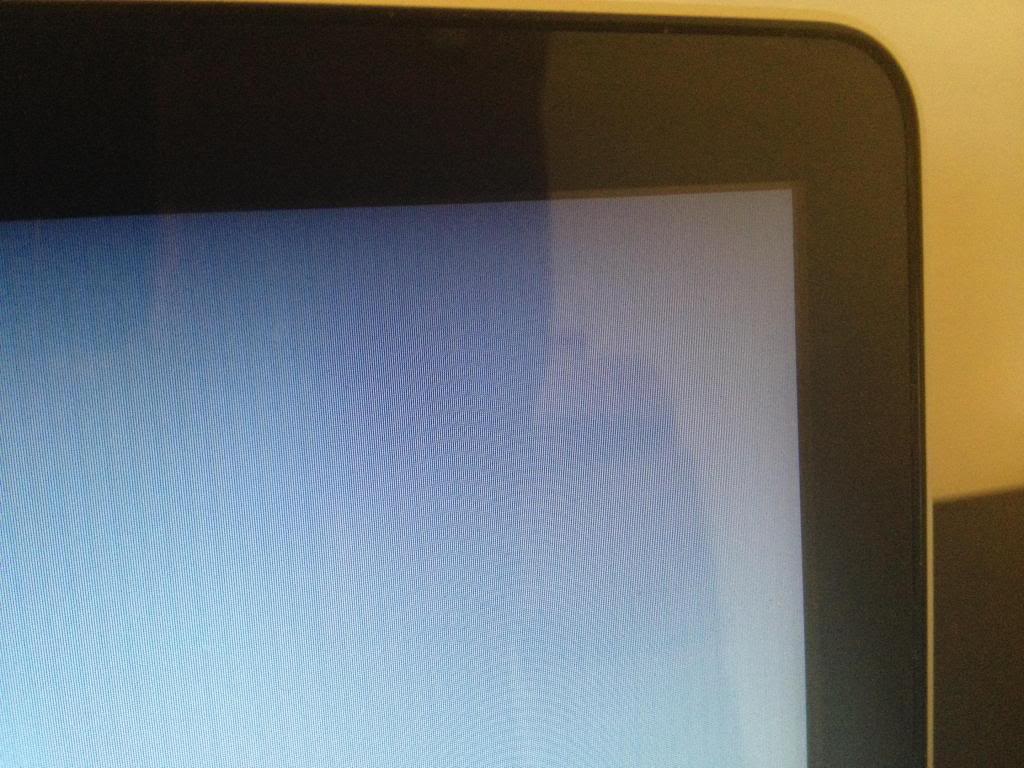 That last shot is close-up to show the texture on the screen. Uniform grey with vertical lines across the entire screen.

I've been living in Jerez, southern Spain for the last year, but will be returning home to the UK in a couple of months. I can't realistically take it anywhere to be looked at here - I'd rather wait until I get back to the UK and take it to an apple store where hopefully my 3 year AppleCare will be of help!

I've tried 'Verify Disk' and 'Repair Disk Permissions' in Disk Utility. There were a couple of permissions to be repaired, and it's done that successfully.

I've also tried a full hardware scan (Option + D on startup) which took about 45 minutes and showed no trouble.

It seems to be useable at the moment, but loading Borderlands/Portal 2 causes these problems and it requires several attempts to boot to desktop.

Does anyone have any idea what the problem might be? Any insight would be greatly appreciated!

The computer no longer boots at all - attempted startup without holding any buttons on the keyboard gives either the blue screen above or a plain white screen.

Holding shift to enter safe mode begins the process of entering safe mode, but at about 1/3 on the progress bar at the bottom of the screen the process stops, and I get the blank blue screen shown above.

The blue screen is a single shade of royal blue across the entire display with no cursor.

I've been trying to start the machine for the last half hour with no luck - if anyone could help at all I'd appreciate it. Thanks!

I would do a Shift-Command-V during boot to boot it in verbose safe mode, and then watch the messages as they scroll by to try to determine where it's stopping.

Sounds like a logic board issue to me though.
M

I think we can establish that you need to fork over a considerable sum of money to Apple so that you can have it fixed, only to have it break 3 months later.
M

how did you solve the blue issue problem???? i have the same problem at the moment on my imac
E

I'm having the same problem. I've run the hardware tests and they pass. I have apple care but have modded my machine by adding memory and an SSD drive. I don't want t have to pull all of that out unless absolutely necessary.
You must log in or register to reply here.
Share:
Facebook Twitter Reddit Email Share Link
Register on MacRumors! This sidebar will go away, and you'll see fewer ads.
Sign Up
Top Bottom