Why Is Photos Asking Me To Import? 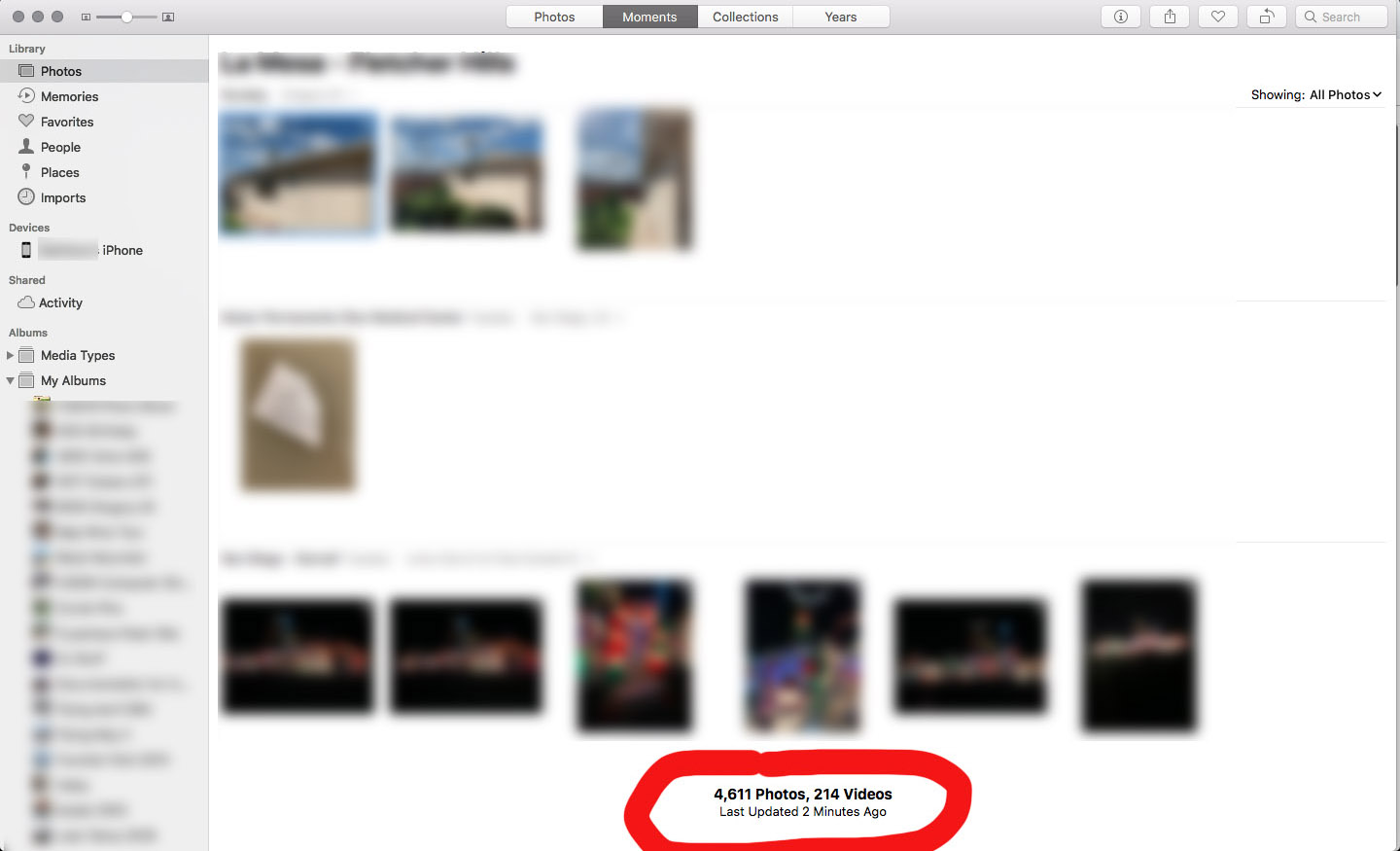 My issue is when I plug in my iPhone to my Macbook Pro and have Photos open, it shows me that I have a ton of photos that can be "imported" from my phone. 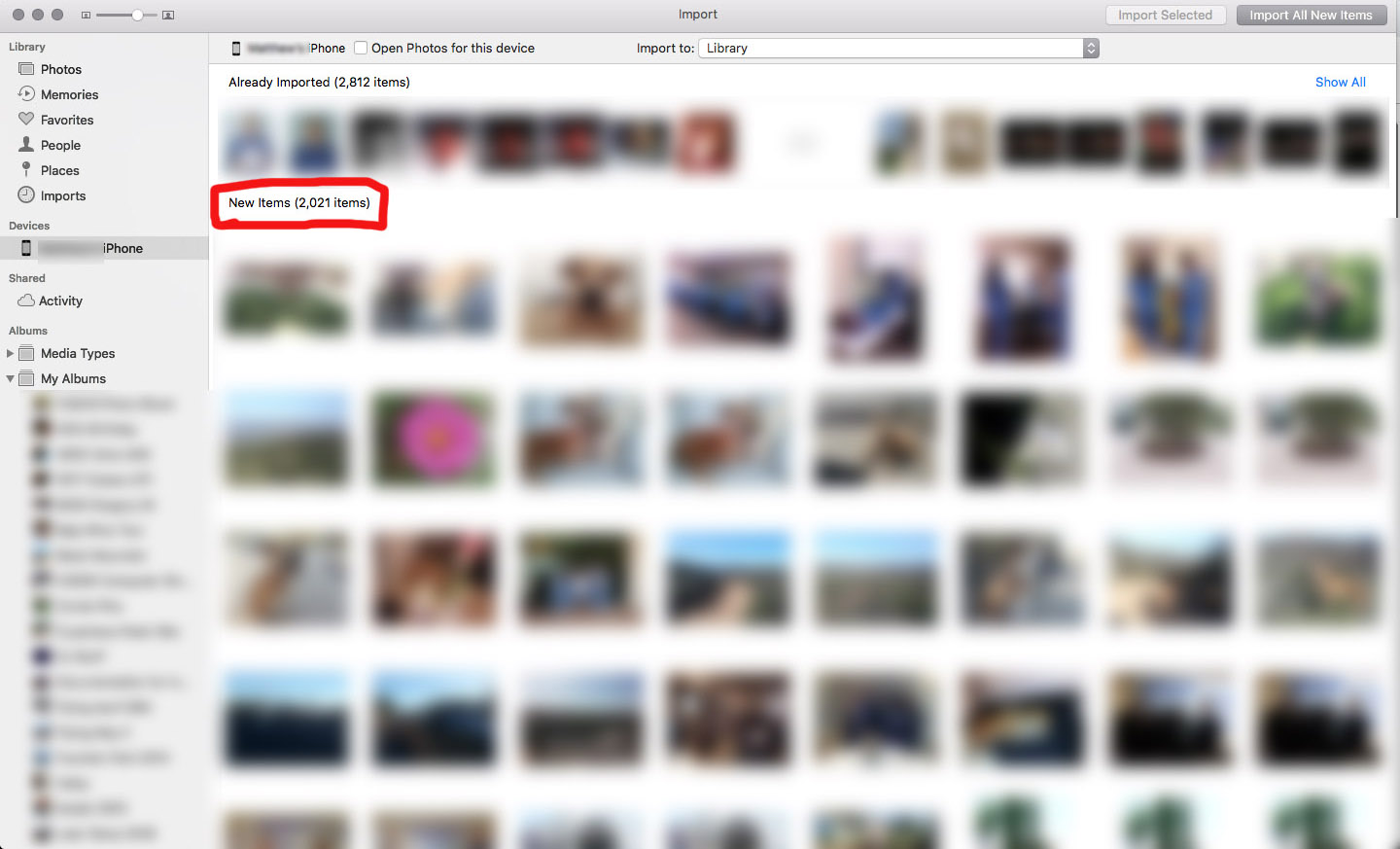 I've verified the photos are already on my Macbook Pro's Photo Library and if I import them, I get duplicate photos with a filename that either has "." in between the hours/minutes/seconds of the filename or something along those lines. I don't want to duplicate the 2000+ photos that the Photos App is asking me to import, but I'd also like to be able to plug my iPhone in to my Macbook Pro and have it prompt me to import photos that I haven't imported yet. 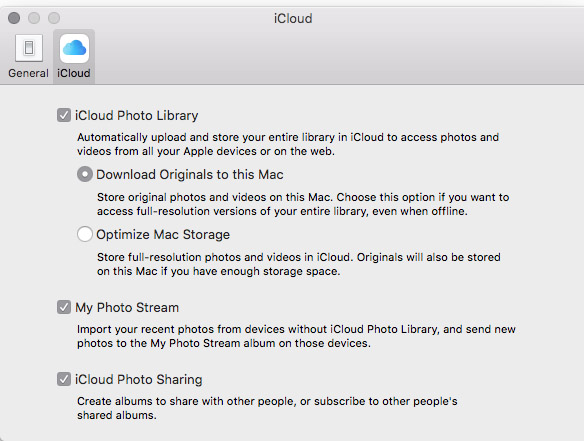 Just trying to figure out why my Macbook Pro's Photos App indicates I have so many photos to import that already seem to be in my Photos library on my computer?

I haven't updated yet butt...Off the top of my head...connect your phone or camera to Mac...Open Image Capture - In the corner right look for the name of your gadget - Deselect the ones you don't want to open apps when you connect.

I'm going to guess that the Photos app on your Mac is seeing a separate source of photos when you plug in your iPhone. Even though the photos have already been uploaded to iCloud, with your iPhone plugged into your Mac, Photos treats your iPhone as a camera with its own film roll. And Photos considers your iCloud photos as a different and separate source for pics.

Lightroom has a setting to not import duplicates. Not sure if Photos can do this (it's not a program I use that often).

Why are there pics on your iPhone that aren't automatically being uploaded to iCloud (and thus available in Photos on your Mac)? In other words, why are you needing to plug your iPhone into your Mac for uploads of pics at all?

Are you are plugging your iPhone into your Mac for a local backup of the device?

I would suggest ignoring the import dialog from Photos. As you have posted, the pics are already there and it's a case of Photos not understanding your workflow (i.e. not being able to "see" that the pics on your iPhone as a camera source are actually the same ones that have already been imported from iCloud, which it considers as a different and separate camera source).

Kind of silly software behavior, but possible Apple doesn't expect people to upload pics from their iPhone to iCloud and then also physically plug their iPhones into their Macs?
Last edited: Dec 27, 2019
You must log in or register to reply here.
Share:
Facebook Twitter Reddit Email Link
Top Bottom