I decided to buy my own modem so I could stop paying Comcast $10.00 per month to rent theirs. I went with the Motorola ARRIS SB6141. It has a lot of good reviews and was also recommended by the guy at Best Buy. I have this connected to my Airport Extreme and then to my Mac Mini. Speed are pretty much the same. 120-125 Mbps on the Mac Mini. WiFi speed vary. Sometimes they are in the 110-120 Mbps range and other times a little slower. Something that I've been noticing, and it seems to be happening after the modem swap, is sites don't pull up as fast as they used to. I would click on a site before and it would come right up. Now it seems like there is more of a delay. I've even seen a message come up on my phone and iPad that said something like "slow connection". I just did a speed test on my iPhone and iPad as I'm typing this. Speeds are all over the place.

Three tests with the phone ranged from 20-25 Mbps. I did a few more tests with the iPad. Three were only 1-2 Mbps. I restarted it then did it again. That produced one 57, one 96 and one 107 Mbps. Ping Nothing else is on WiFi as I'm doing this. Actually, I just did two more with the phone before I posted this. Both started off slow. I thought they would give me results in the 25-30 range. Then they spiked up to 103-105.

Click here to see signal levels on the modem and post up a screenshot of what you see,

Then go to this link to the modem logs and screenshot that up here for us also.

Can you run an ethernet cable direct from the Mini to the modem then reboot the modem and test that way to take the router out of the mix?
I

Going through the router - 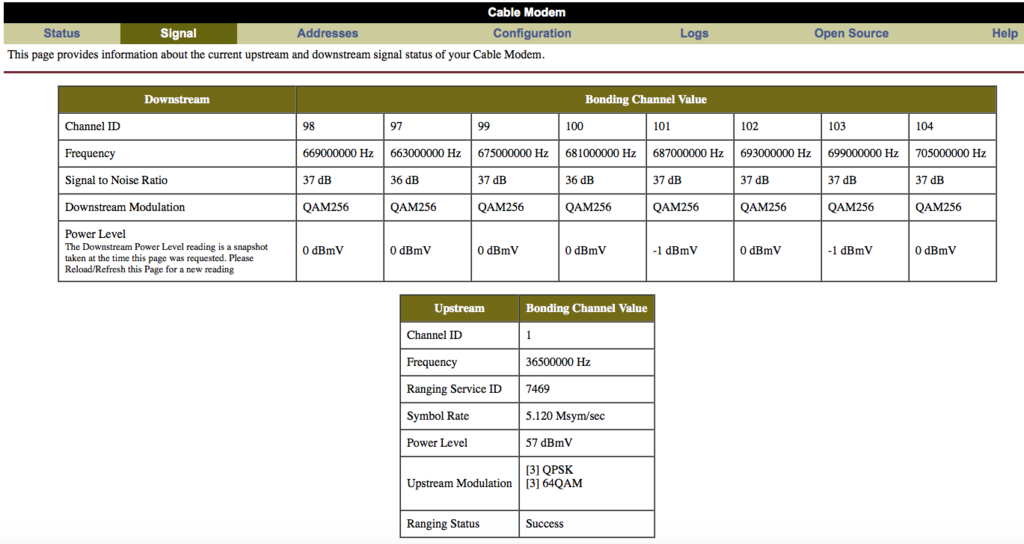 And direct from the modem - 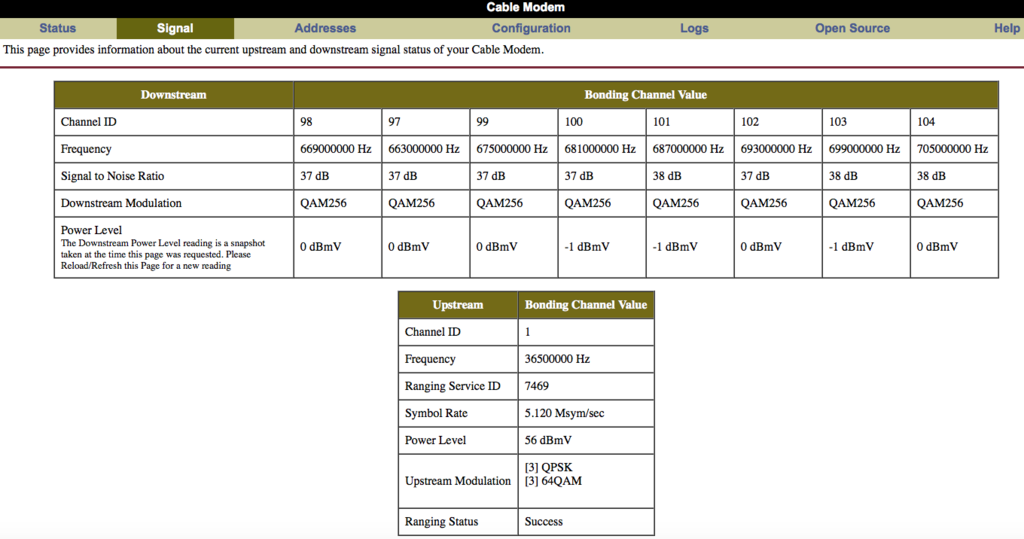 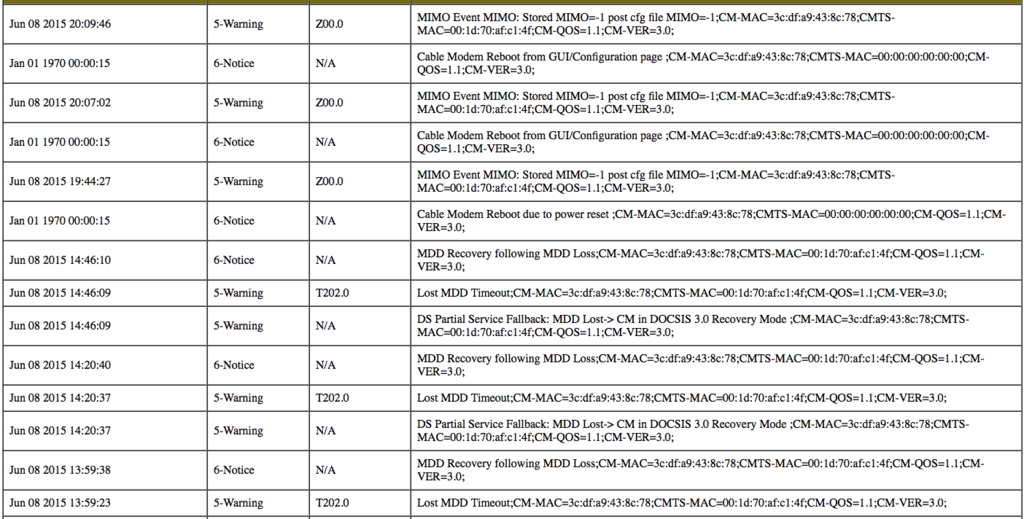 What I meant was connect directly to the cable modem then do some speeds tests and see if that fixes it.

Your downstream signal levels are good, but that upstream level 56 dBmV is way high and that is likely the problem. That upstream level should be under +49. What happens when that level is so high is the modem will try to reconnect at lower speeds and that causes the log entries and slow speeds you are seeing.

I would have the cable co. come out and check your coax cables and connections out the the street and see if they can fix that upstream signal issue you have.

If you have any splitters between the cable modem and the connection to the house, try removing those.

The first set of images were going through the router and the second set was connected directly to the modem. I contacted Motorola. The person I spoke to said the same thing that you did. The upstream level is to high. He also asked if I have a splitter. I don't have one. I called Comcast after that. The person there wasn't to helpful. Didn't seem to have the knowledge that you and the gentleman from Motorola have and though everything was good because my computer is seeing the speeds that it should. I had to remind him that the issue is with my WiFi. After that he said there must be an issue with the router (Airport Extreme). I've used my iPad to do a number of tests in the last hour. Results are in the 42-51 Mbps range. Results last night were from 76-120.

I'm going to call Comcast again. Maybe I can get someone that is more knowledgeable.
I

I've spent some time on the phone with Comcast. Talked to three different reps. No luck. One suggested that a technical come out to check the connection from the pole to the house and then the wires inside so that is scheduled for later tomorrow afternoon.

There is one other thing that I can think of doing on my end. That is getting another modem that has WiFi to see what my speed is with that. If I see a consistent 100+, then the problem might be my Airport Extreme. If not, then it's a connection issue. It least that will give me a little more to go on. I did at least 15 tests while I was talking to Comcast. These are the results in order -

The problem with your screenshots is that it's showing what the modem is seeing for connection speeds in both captures. Run speed tests on the computer with a LAN cable plugged in directly between the modem and the computer. That will eliminate the Airport in the network and may isolate the issue to your cable connection or your Airport.
I

I've done that a few times. The second set of images is with the Airport eliminated. Actual speeds on the computer don't change much. Just a few Mbps slower without the router. Those were about 118-122.

I'm pretty good with a lot of this stuff but a little green when it comes to internet testing beyond actual speeds.
I

Thus far, OS X 10.10.4 betas have not included outward facing design changes or feature additions, but the last beta introduced a significant behind-the-scenes update that may improve networking performance for users who have experienced issues with OS X Yosemite.

Discoveryd, a somewhat problematic networking process that has been linked to multiple bugs in OS X 10.10, was removed in favor of the older bug-free mDNSresponder.

Now I'm seeing results in the 91-122 Mbps range. That was from close to 40 tests between my iPad and iPhone. The needle sweeps right over past 100 without looking like it's struggling like it used to. Coincidence? Who knows but it's working now!
Reactions: Celerondon
You must log in or register to reply here.
Share:
Facebook Twitter Reddit Email Link
Register on MacRumors! This sidebar will go away, and you'll see fewer ads.
Sign Up
Top Bottom