Wow, some iPhone 5 cameras are GARBAGE! (and NOT purple flare issue)

My first black iPhone 5 that had hissing and buzzing in the earpiece I thought also took lackluster quality photos, especially compared to the 4S I remembered as well as my dad's 5. Specifically, in terms of sharpness, color saturation (severely washed out), and noise. Before you blame the photographer, I am an amateur photographer and I love it: buying lenses, SLRs, the whole bit. I won't go into it, but I know quality when I see it.

So I know a bit about photography outside of the Camera app is all I mean to say by rambling on.

I returned the phone and re-ordered a white two days later because I ended up preferring the white (i like that it reminds me of my white 4S, but more elegant). And it took photographs fine, phew.

My mom just got a 5, and I didn't give it my "OCD" rundown because I'm sure I'd find something, but she said right away the photos it took were washed out when she took it for a spin and sort of blurry.

I gave it a whirl, and it reminded me of taking photos when I had a Galaxy Nexus: by all means, not impressive. It also reminded me of the first black 5 I had. So it wasn't just my mind or lack of skills playing tricks on me,

I looked at the sensor on the back. It looks like its center point is protruded outward, like a bubble, whereas mine, my 4S, and my dad's 5 all have flush but recessed looking sensors.

WTF?? This is a major selling point of the 5, the camera, and I've now stumbled across two 5's that look worse than a normal 5, the 4S, and probably even the 4 (my mom said it looks worse than her 4)

Sort of as ironic as having a "resolutionary" iPad 3 only to have most screens defective (I went through a handful before I got a decent one that was as close to perfect as I've seen after Color Profiles jailbreak tweak on my DY serial # , not including most DN serial # models... one of my parent's got a flawless one on launch day, and I told her to not damage it or mess it up because a swap will most definitely not be as good).

I'm only so glad I didn't spend $2,400+ to take a gamble with an IR or multiple hue rMBP. Plus, I wouldn't think people would be too happy to repeatedly swap an item so expensive: they'd probably be like take it or leave it (return it).

...Back on story, I think just to simplify things, she's gonna get a bar swap. The notion of that is bothersome: it's like paying first go round for a genius bar phone.. but I think in the interest of saving time and hassle, she doesn't care. She's just annoyed to have to make another trip there period.

It's bad when you fear getting a worse model than you already have.

And I'm not anti Apple (despite trying a Nexus, first android I tried since first gen iPhone). I've been using Apple products since nearly the 2001 iPod comeback.

I've just seen the QC go from bad to like offensively bad. When my mom notices an issue in quality with her iPhone (especially looking at her yellow-screen blasted 5K replacement iPhone 4), you know somebody has messed up.

And I'm not an Oct 2012 poster, I've been around the block for quite some time.

I just feel those qualifying statements are needed before you guys tell me I hate Apple, I should go Android and PC, yadda yadda.

I am holding onto my MBA, iPad3, and iPhone5 for dear life Hopefully once they've reached extinction, QC will have improved by way of boycotts or active complaints or someone else will have stepped up to the plate.
Last edited: Oct 5, 2012
I

Side by side, same subject, same lighting, same focus area.
B

So, you are just looking for posts to rant and agree with you then, right? 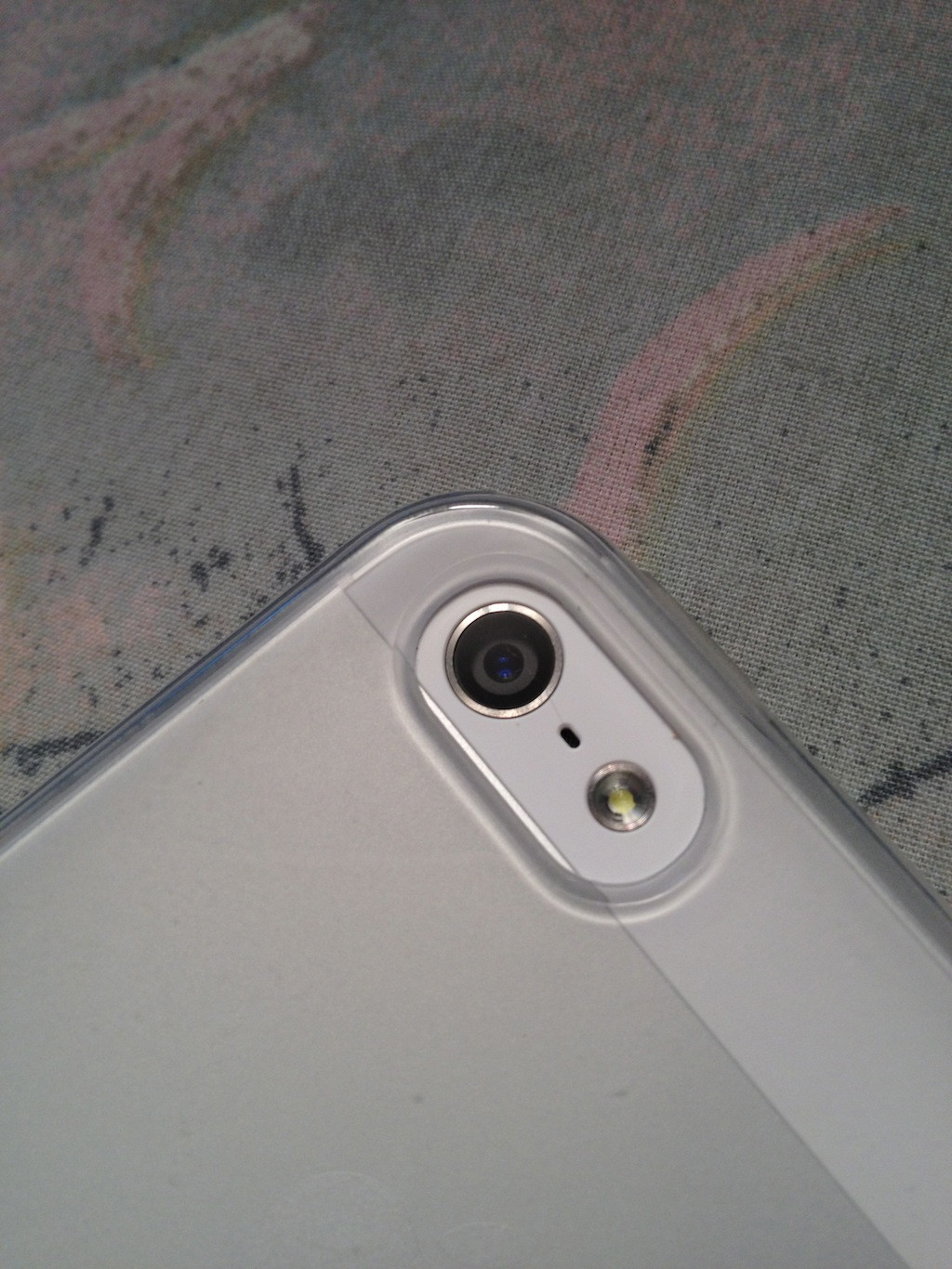 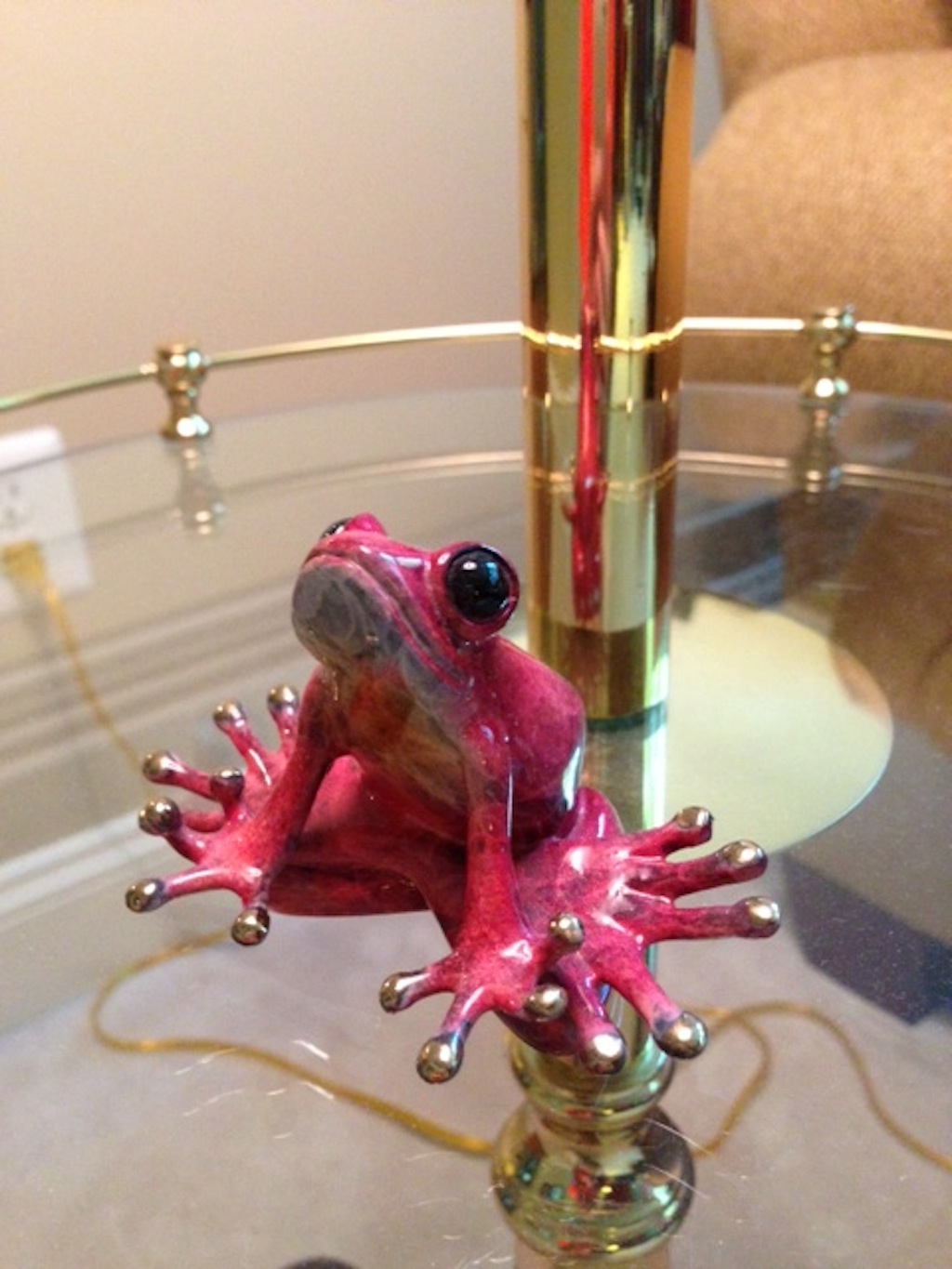 (haha I actually took this one out of focus slightly, but I think you can see an obvious difference in saturation and noise, and its much more noticeable when not shooting the subject directly under a light source) 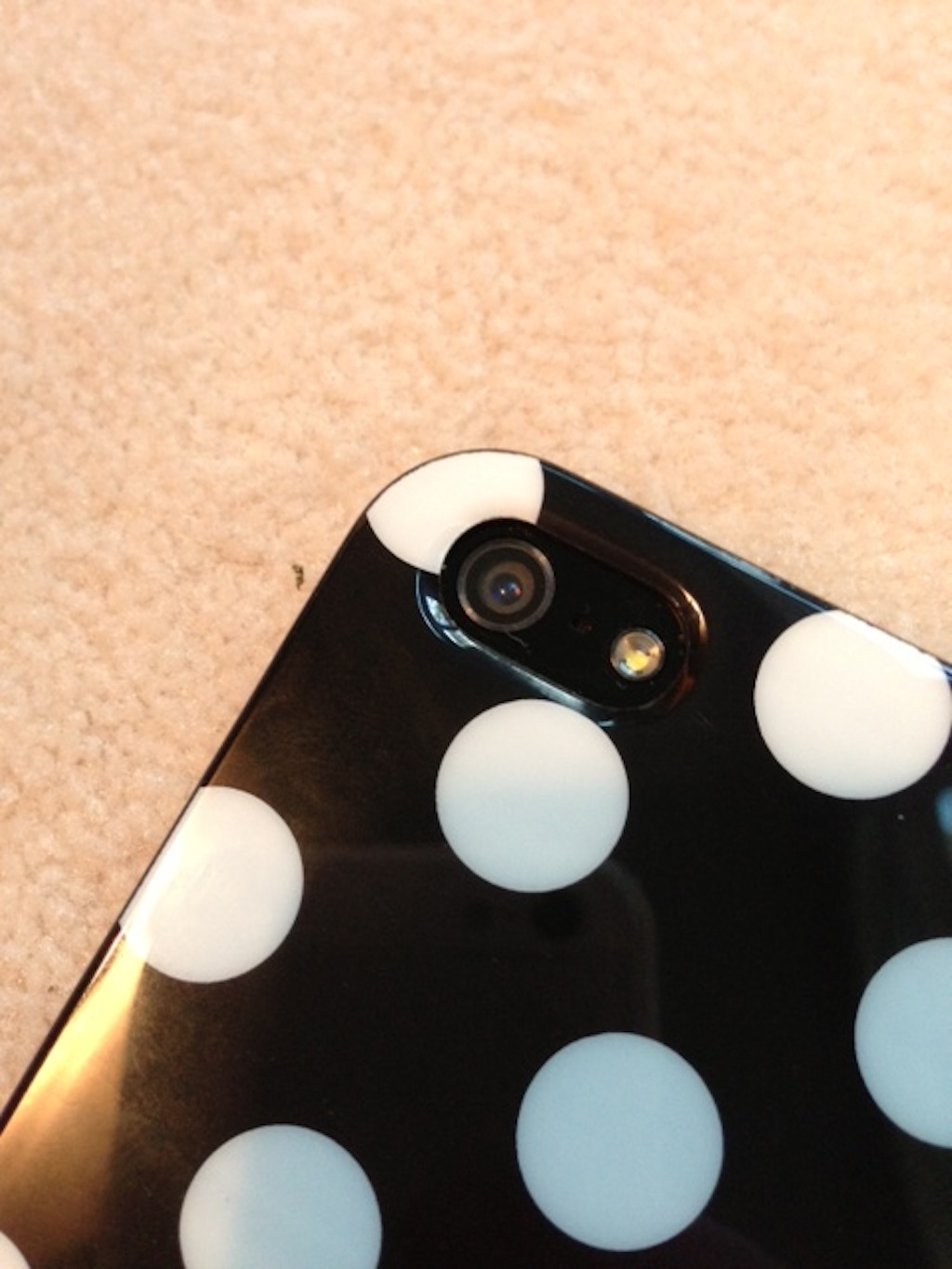 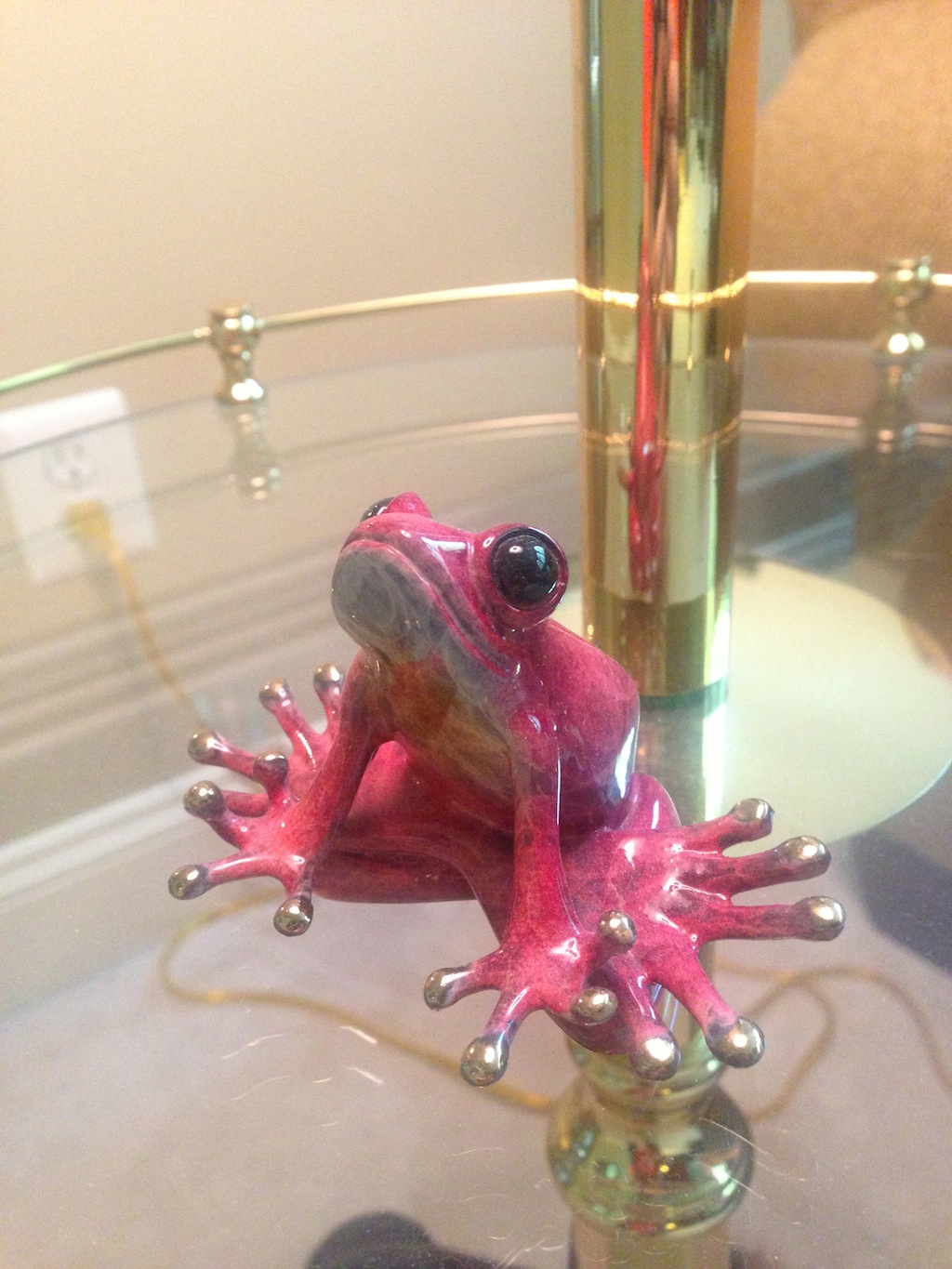 I find it incredible how quickly defensive people are about mass manufactured products without actually having or seeing the issue themselves.
Last edited: Oct 5, 2012

I've been thinking my camera is worse than my 4S was, thought about getting a replacement but I think it would be hard to prove at the store

Yeah I mean it's clear as day and night, especially when you're looking at both phones before the photo is even snapped.

But yeah, it just works
R

dogfather, ignore the trolls they obviously didn't even read your post. get the phone in quesiton replaced.
A

watch out man , talk negative about an iphone , no matter the issue , and you better have your best flame retardant suit on.

I'm sure you checked but make sure under her case the back plate protector was removed before the case went on. I forgot to take mine off and the first couple pictures I took looked just like that.

Knowimagination said:
I'm sure you checked but make sure under her case the back plate protector was removed before the case went on. I forgot to take mine off and the first couple pictures I took looked just like that.
Click to expand...

Back protector is off but with the quality of photos, this is sort of what it would look like if it were a normal camera and had the protector on. Thanks for the advice though


Aimetti said:
watch out man , talk negative about an iphone , no matter the issue , and you better have your best flame retardant suit on.
Click to expand...

pretty much. Further solidifying my opinion that people are too defensive over defects. It's not overblown if you have the issue. If you don't, obviously it's mutated unicorn talk.

And I don't hate the iPhone, or any Apple products, really. In fact, that's the reason I haven't left long ago despite QC issues. The iPhone 5, iPad3, and MBA 2011 (first try, phew) in my possession are so good, I fear swapping them.

...And I keep swapping up front until I get a good one because I don't see viable alternatives in terms of competition and my preferences.

Think about it
B

I still don't see what the point of this thread is. You have a great sample of what two or three phones? You say two are bad. Great. But one is good so it's not a design problem. So exchange the bad one(s). Done.

If someone agrees with you it proves your point. If someone disagrees they are a jerk or Apple lover. Right.

More than anything I just wanted to show people who doubt the quality of their camera, they probably aren't wrong
L

What am I looking at in these pics?

I am trying to see the hardware difference between the pictures of the actual cameras. What am I looking for?
M

First, you can see the lens from the back of the phone, but how do you see the sensor? I wouldn't think it would be visible through the lens, but I'm more familiar with DSLRS than point-and-shoots/camera phones.

Second, I don't think the posted photos show anything washed out. They appear to be taken indoors. I don't see blown highlights or lack of saturation. What's the issue?

Maybe not the sensor so much as the lens

It's not super obvious but look at the center.

But I'll post another sample pic comparison that will end the debate in a bit.

In lower light, the quality differences are greater
M

The first frog shot appears to have missed focus on the frog. The second looks focused properly. So far, that's the difference I notice. I think you noted the focus thing.

Anyway, by default, cameras are generally wonky. I shoot in RAW with my real camera, because I want control over the final image. But if your ma's shooter isn't up-to-par for normal, no-muss/fuss snapshots, I understand.

The technology is supposed to make post processing minimal. Which is interesting, because so often the camera and shooter simply don't see the same scene. Will we see spot metering on iPhone soon? Doubtful.

Anyway, hope you get your gripe worked out soon. 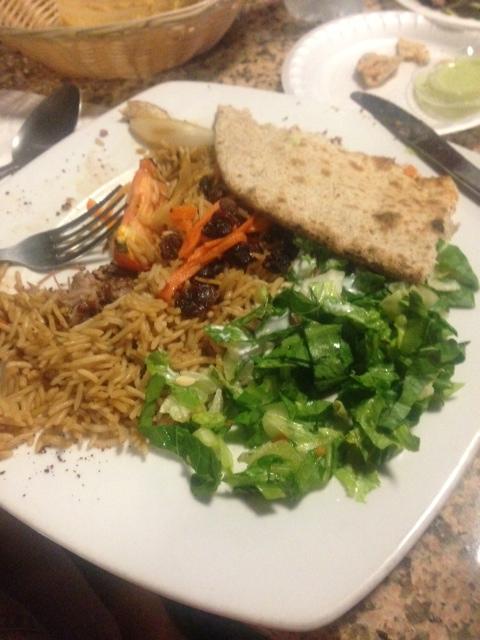 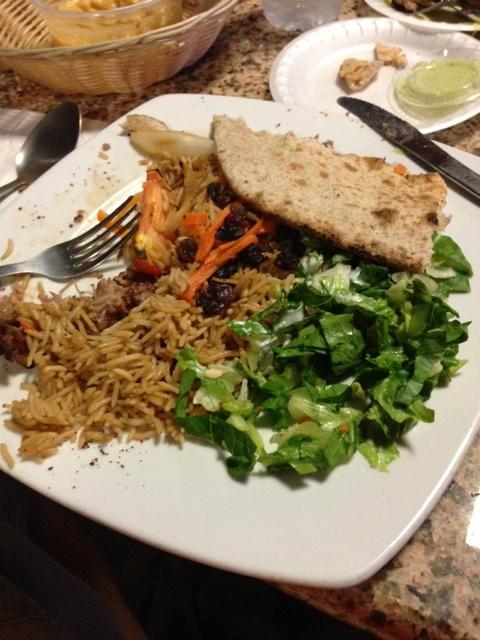 Who'd be happy with the first one?

Again, I see a slight focus and exposure difference. For a full auto camera, one is doing much better than the other. You should do what it takes to rectify. Exchange, etc.
P

I think your photos is the evidence. I would take it in and show them and ask for an exchange.

Have you tried shooting the offending camera with the case off the phone? Sometimes those who cases can cause all sorts of issues with the iPhone. I have noticed this before with a Spec case I had on the 4s, almost the same issues you're seeing on the 'bad' 5

Otherwise I do see an issue and you should exchange it. However your iPad complaints make me wonder whether or not it's in fact a 'you' thing. Sorry... I don't mean to be a dick... But some of us are more picky than others. Just the way it is

Yeah i tried it without the case too.

Most likely for the best. The faulty one has focus issues.

your mom probably ran her greasy finger over the lens and then took pictures without cleaning it. or worse yet, she forgot to take off the plastic protective shrink wrap that comes on the iphones out of the box. or, which is usually for this time of year, her lens may have been fogged up a bit from going indoors to outdoors to indoors.
M

robaroo said:
your mom probably ran her greasy finger over the lens and then took pictures without cleaning it. or worse yet, she forgot to take off the plastic protective shrink wrap that comes on the iphones out of the box. or, which is usually for this time of year, her lens may have been fogged up a bit from going indoors to outdoors to indoors.
Click to expand...