All iPads WTF is a "TeliPad"!?

I noticed this on the tickers related to AAPL about a company called Massive Dynamics (LINK). They raved about how this amazing device blew away cyber monday sales and is the absolute must have holiday item. This is all great but my question is what exactly is it? There is zero data beyond this strange press release that appears to all originate from Massive Dynamics themselves. The scary part is that it hit the echo chamber and people are reporting on it (Bloomberg).

I couldn't find any kind of spec when I googled 'TeliPad', just this so called amazing press release. The website is almost laughable with the marketing pictures they used. Am I way off base here and missing some amazing product or are these guys just REALLY good marketers that are creating tremendous buzz over some ridiculous quasi-product?

And the only picture of the actual product that I could find: 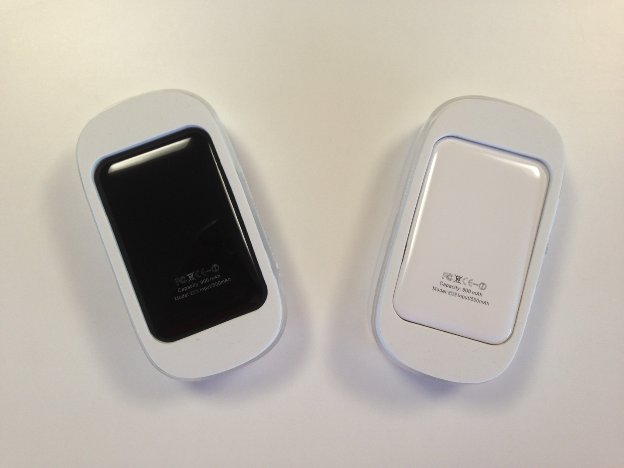 It's all just that press release - I'd say it's someone's clever attempt at a hoax...

It's obvious that the product concept is ridiculous, as is their slogan "Profiting from Web 4.0 Technologies"...

Looks like someone has too much time on their hands...
D

Hmm, anybody watch the show 'Fringe'? Massive Dynamics is the name of Walter's partner's company (the guy he calls Billy and was played by Nimoy).

donnaw said:
Hmm, anybody watch the show 'Fringe'? Massive Dynamics is the name of Walter's partner's company (the guy he calls Billy and was played by Nimoy).
Click to expand...

Anyway, who the heck knows what a TeliPad is!?
B

People thought taking pictures with a tablet would look dumb, I want to see someone talking on the TeliPad in "standard mode!"

It basically just freaks me out to think that my tech stocks are responding to this outrageous BS that people actually REPORT on without taking a cursory look at the claim and realize that there is no story other than a blatant lie. I realize that stocks by nature respond to rumors and over time weight out the winners but at least sites like Bloomberg and many others don't have to perpetuate the echo chamber effect.

Admittedly this is a good headline if it was real:"Massive Dynamics TeliPad Smartphone Device Is Already a Leader in New Smartphone Market Shift."
Z

This is hysterical, thanks for sharing.

Looks like a poorly constructed scam. Amusing how they wrote "for the first 100,000 preorders" and then crossed it off. I doubt more than 4 or 5 morons wasted their money on this scam so far. Nothing spells bogus like a completely vague product description giving almost no functional information.
D

This thread has helped me unearth a complete scam company Massive Dynamics bit.ly/XsuhUI

I also found this image

I bet that shifty looking guy in the orange shirt is behind this injustice... never trust men in orange shirts o_e
T

Commy1 said:
...that shifty looking guy in the orange shirt...
Click to expand...

Still not sure what a teli-pad is, but I know a teli-dork when I see one!

That depends whether you ask for timezone, state o

It's a Dual-SIM phone without a screen that glues onto your iPad Mini and turns it into a phablet. It's controlled by an App.

Even though this may or may not be an elaborate joke, a device like this would be suited to be integrated into an iPad Mini case, rather than being glued to the back.

Also, a VoIP app and a Bluetooth headset on a cellular iPad Mini would have a similar result, while offering much cheaper calls.
Last edited: Mar 22, 2013
You must log in or register to reply here.
Share:
Facebook Twitter Reddit Email Share Link
Register on MacRumors! This sidebar will go away, and you'll see fewer ads.
Sign Up
Top Bottom