Firaxis Games' XCOM: Enemy Unknown will hit the App Store on Thursday, June 20. The title, which was released for the Mac in April, is a re-imagined version of the classic 1994 game X-Com: UFO Defense. 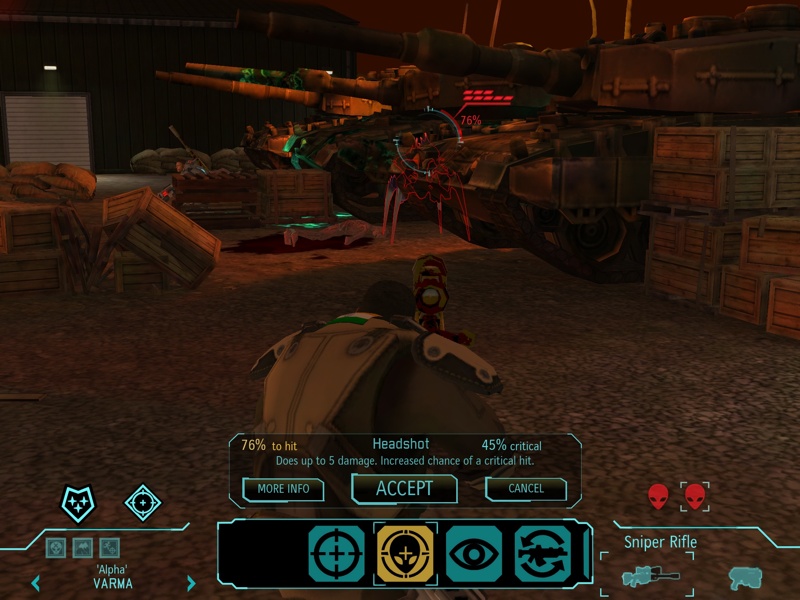 In the game, players will command XCOM soldiers in turn-based battles, build up an elite squad with unique skills and abilities, and manage base resources.

XCOM: Enemy Unknown for iOS takes the complete XCOM experience of the console and PC version of the game and optimizes it for the touch interface of iOS devices.
Click to expand...

XCOM: Enemy Unknown will run on the iPad 2 and up, the iPad mini, the fifth generation iPod touch, and the iPhone 4S and up. The app is universal and will feature Game Center and iCloud support, with multiplayer gameplay coming later. It will be available on Thursday, June 20 for $19.99.

Excellent. Can't wait to see how it does.
Comment
M

Oh, this flat interface is so beautiful! It must be Jony Ive's work.
Comment
S

This is certainly increasing the bar for iPad games.
Comment
S

fivedots said:
This is certainly increasing the bar for iPad games.
Click to expand...

While I paid for this game at release on my PC/Mac and have beaten it at least twice, I will be buying it again and playing it all over again on my ipad. An absolutely fantastic game well worth $20. Hopefully the interface/movement/combat controls don't make me second-guess that decision!

This + KOTOR are making my ipad my go-to gaming device of late...
Comment

I just got this game for free through my Playstation Plus account. Great turn based strategy game! It's pretty tough! Glad its coming to iPhone and iPad.
Comment

IT SHOULD BE FREE

THEY'D MAKE SO MUCH MORE MONEY IF IT WAS FREE

... I wanted to say that's the kinds of reviews this would get on the app store, but thinking about it, at $20, they've probably priced themselves out of devaluing reviews like that. That's why I never drop below $2 - it ensures I never have to deal with the whiners from free and $1 apps.
Comment

It's practically built for touch controls. The only bad thing I can imagine coming up from the port would be the inclusion of a few more onscreen buttons, which could obscure some of the onscreen action. But this is just me thinking of potential problems, and isn't based off anything I've seen from the screenshots or videos.


It's taken a good hit to graphics quality, but it looks and plays just like the PC/Mac and console versions. Hell, I'll buy it.
Last edited: Jun 17, 2013
Comment
I

Pfft. If it isn't free (requiring hundreds of dollars in in-app purchases to play the game) I want nothing to do with it.

Well, that, or it would have to involve a tiny tower or some pissed off birds...

Playing this now as a rental for the 360. It is mildly interesting, if a bit lifeless. The encounters become routine, with the upgrade paths providing most of the connect-the-dots flavor.

IOS bugginess/crashing/unreliability should add some unexpectedly amusing wrinkles. I imagine the griping on the app store will have more gusto than the game. ;-)
Comment
A

A5 devices and up seems to be becoming norm for new games.
Comment

I'm also playing this through on 360 at the moment, and love it, perhaps Im not very good at it, but Im enjoying the tactical challenge, although there is some instances where inexplicably all the enemies on the level suddenly just pile in on me, and wipe out half my crew, forcing a frustrated restart (yes cheat!)

To be honest, if I didn't already have this on 360, I'd get it for iPad simply to do my part to encourage developers to produce iOS ports and content.

It also handily demonstrates that dependent on input methods, console content can definitely port near enough wholesale to mobile devices.

While some may balk at the comparative price of these (and for instance squenix games) It certainly bridges the gap between $50 console titles and $1 iOS ones.
Comment
N

I'll be getting all over this.

I've bought this game twice now. I could see buying it a third time, when I get an iPad. I wouldn't play it on my iPhone though.
Comment
R

Bought it for the PC, Got it free as my PSN+ game this month, now will be buying it again for the iPhone/iPad

Nice to see iPHONE support as well as pad, i was disappointed that Kotor was iPad only.

It says it supports iCloud. Does that mean I can carry on my saves from my mac version of the game?
Comment
O

the UI and graphics look awesome, showing each and every detail in an interactive way. can't wait! good going apple!
Comment

I play it on my Surface RT all the time and the controls work very well with just touch.
Comment
B