You are now manually remembering NANOSAUR 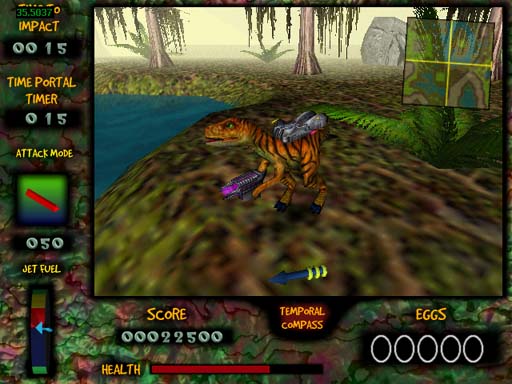 OH YES. You remember this one for the old iMacs. I remember the cheat to get infinite ammunition and fuel for your RAD JETPACK was to take a ride on some pterodactyl off the map or something...I think. Good stuff. I wonder how it holds up today.

I knew you didn't forget
C

Or, you could jump as high as you could from one of the tallest mountains to get the fuel/ammo. haha

Great game. I wish I could play it on Lion.

Didn't know that. Then again, I don't remember much except shootin' thangs and jetpackin'
K

They need to bring back "Power Pete", another Pangea game.
X

AppLCII said:
They need to bring back "Power Pete", another Pangea game.
Click to expand...

I loved this, I think it was the first proper Mac game I played, along with Cro Mag Rally.

cambookpro said:
I loved this, I think it was the first proper Mac game I played, along with Cro Mag Rally.
Click to expand...

Both those games were pre-installed on my old G3 iMac, although I must confess that I preferred the Rally game over Nanosaur.

My first OS X game when I bought my iBook, was Otto Matic and even then on the 500Mhz G3, it was rather unplayable due to the weak ATi chipset that was on it and it's 8MB of vram. The iBook itself had shipped with OS X.1.x which didn't do it much favor.

My second iBook I had bought was far better equipped for gaming with the Radeon 9550 but limited to 32MB of vram. Still, the CPU and the rest was far better and it shipped with Nanosaur 2 pre-installed. The 1.5Ghz G4 ran the game amazingly smooth but to really enjoy the game, I needed a gamepad.

Despite the game being rather "odd", it was great to look at and rather impressive looking on the little 12" notebook. I know it's a UB game now and compared to my old PPC Macs of the past, that game should scream at native resolution of an ACD and a fast MBP running it.