Apple yesterday unveiled a new 12.9-inch iPad Pro with a Liquid Retina XDR display that uses mini-LED backlighting to achieve up to 1,000 nits of full-screen brightness and up to 1,600 nits of peak brightness. With over 10,000 mini‑LEDs grouped into more than 2,500 local dimming zones, the display also has an impressive 1,000,000:1 contrast ratio. 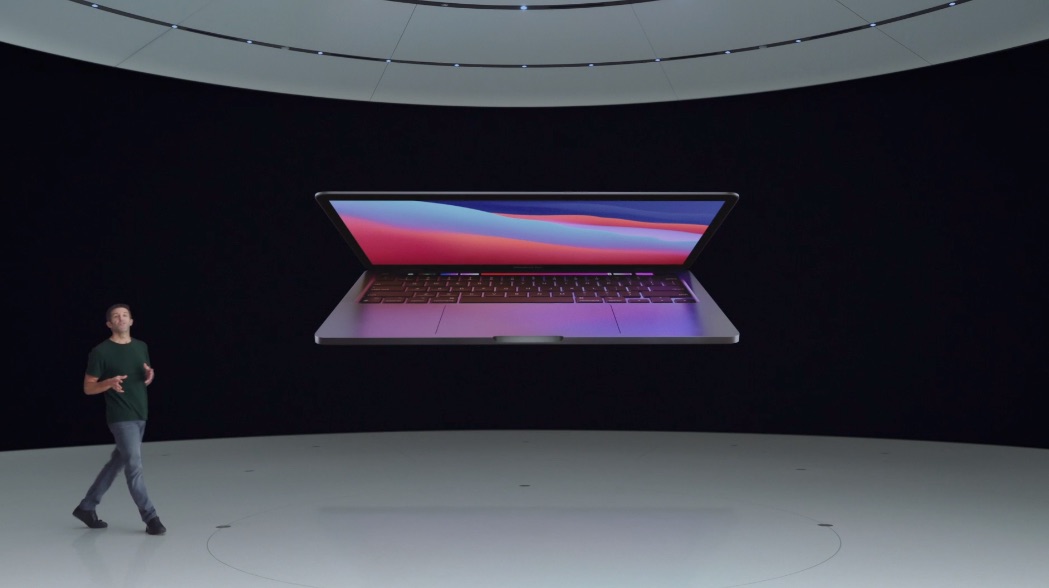 Apple has so far branded its mini-LED displays as "XDR" displays, short for "Extreme Dynamic Range," and rumors suggest the iPad Pro won't be the only Apple device to feature the technology this year.

Taiwanese research firm TrendForce today reported that Apple plans to launch new 14-inch and 16-inch MacBook Pro models with mini-LED displays in the second half of 2021, in line with previous reports. The notebooks are expected to be powered by an Apple silicon chip and feature a new design with the return of an SD card slot and HDMI port.

There is a lot of anticipation for the new high-end MacBook Pro models, as Apple will likely equip the notebooks with an improved iteration of its M1 chip, perhaps with M1X branding or something along those lines. Reputable sources like Bloomberg's Mark Gurman and analyst Ming-Chi Kuo have also claimed that the Touch Bar will be replaced with physical function keys, and that a MagSafe magnetic power cable will return.

As of this week, Apple has updated four Mac models with Apple silicon, including the iMac, 13-inch MacBook Pro, MacBook Air, and Mac mini. Apple previously said that its transition away from Intel processors would be completed by around WWDC 2022.

It will not be branded M1X or anything like that.
Reactions: ModusOperandi, elmateo487, xpxp2002 and 8 others
M

With a USB-C only iMac freshly revealed, I just don’t buy they’re going to bring back any ports.
Reactions: DronesOn, tongxinshe, ajfahey and 22 others

After seeing the design aesthetic of the new iMacs, I'm prepared to be disappointed with the new MBPs.
Reactions: dalestrauss, ModusOperandi, michaelsviews and 56 others

Waiting for the 16" update to use my pile of $500 gift vouchers.
Reactions: lewismayell, MareLuce, anshuvorty and 1 other person

That was never happening. Just like MagSafe. The iMac did get magnetic power, which is what the patent was about, not the MBP.
Reactions: nerdherdster, smoking monkey, digitaloutback and 2 others

They may give the MBP the ”Ethernet in the power supply” treatment.
Reactions: ModusOperandi, xmach, slowbrewed85 and 22 others
C

They would be wise to try to Sync Up with the launch of Wi-Fi 6E !

Otherwise, will very-likely flop !
Reactions: ModusOperandi, xmach, Scotticus and 5 others

Cannot wait, I have been holding onto my MacBook Pro since 2012 and I am just waiting for this update. My tax return money is ready!

Please no white bezel though!
Reactions: Investor27, tongxinshe, nerdherdster and 7 others

I can’t wait for the MacBook Pro model to be released
Reactions: wilhoitm, TropN, nerdherdster and 5 others
M

Want my first Mac, M1X is going to be a massive upgrade over the current 16 inch MacBook Pro.
Reactions: lars666, MareLuce and Rodney Dangerfield
M

How about no bezels?
Reactions: ModusOperandi, Investor27, wilhoitm and 12 others

I hope the new macbooks get colour options like the imacs...
Reactions: Marzzz, burkettkl8, TropN and 17 others

Macintosh IIvx said:
Waiting for the 16" update to use my pile of $500 gift vouchers.
Click to expand...

IIvx… I had one of those.

I figured it would be a fall launch since it’s a more important line for them. But this is the MBP I’m waiting for so I’m content to wait a bit longer. With the M1 chip, though, it’s harder to upsell to even more power as it’s already quite powerful. Not like the question of intel chips with the i5 or i7 choices with minimal meaningful differences in actual use.

The iMac is not part of their pro line... MBP may be treated differently.
Reactions: ModusOperandi, TropN, Captain Trips and 4 others

PBG4 Dude said:
They may give the MBP the ”Ethernet in the power supply” treatment.
Click to expand...

That would be rather elegant and also logical given you want ethernet at a desk where you can plug in anyway.
Reactions: xmach, justcoastin, beach bum and 9 others
M

People seem to be worried about the design because of the new iMacs. I believe those were just fun macs and more serious iMac Pros will come later. This is same with MBP, because it's also 'pro' the design will be more like current pro lineup.
Reactions: ModusOperandi, TropN, nerdherdster and 11 others

PBG4 Dude said:
They may give the MBP the ”Ethernet in the power supply” treatment.
Click to expand...

would be nice to have mag safe enet but they won't as this has to travel on battery.
2

I hope there will be a lower cost entry level 16" with the M1 chip, and higher end models with say M1X . Some don't need anything more powerful than M1 but want the screen estate. I'd love to know what the battery life would be if they just put an M1 in the existing 16".
Reactions: wilhoitm, nerdherdster, sraja123 and 3 others
L

At this point, I agree. Now that all M1 Macs (all low end) are out of the way, all of the first round of professional Macs (MacBooks Pro, iMac Pro, Mac Pro) will begin with M2.

And I expect M2 will be literally double the M1 in all respects.
Reactions: ModusOperandi, wilhoitm, TropN and 9 others

I hope this means we could get Pro Motion (120hz) 🤞
Reactions: Investor27, ateslik, TropN and 5 others

Would love to see a 16 core chip in these things with a config of up to at least 32GB of memory.
Reactions: wilhoitm, TropN, buckwheet and 5 others
You must log in or register to reply here.
Share:
Facebook Twitter Reddit Email Share Link
Register on MacRumors! This sidebar will go away, and you'll see fewer ads.
Sign Up
Top Bottom