MixBin Electronics has recalled about 263,000 iPhone cases that were filled with liquid glitter, following "at least" 24 reports of users facing skin irritations, being burned, and even getting permanently scarred after the cases broke and the liquids seeped out. The cases were sold by Amazon, Henri Bendel, Tory Burch, Nordstrom Rack, Victoria's Secret, and MixBin itself, and were for the iPhone 6, iPhone 6s, and iPhone 7 (via Consumerist).

In the recall notice, MixBin said that customers "should immediately stop using" the cases in question and contact the company for a full refund. The glitter-filled cases focused on in the recall were sold both in physical retail locations and online from October 2015 through June 2017, ranging in price from $15 to $65. On the list of recalled cases, 16 of the units came from Victoria's Secret. 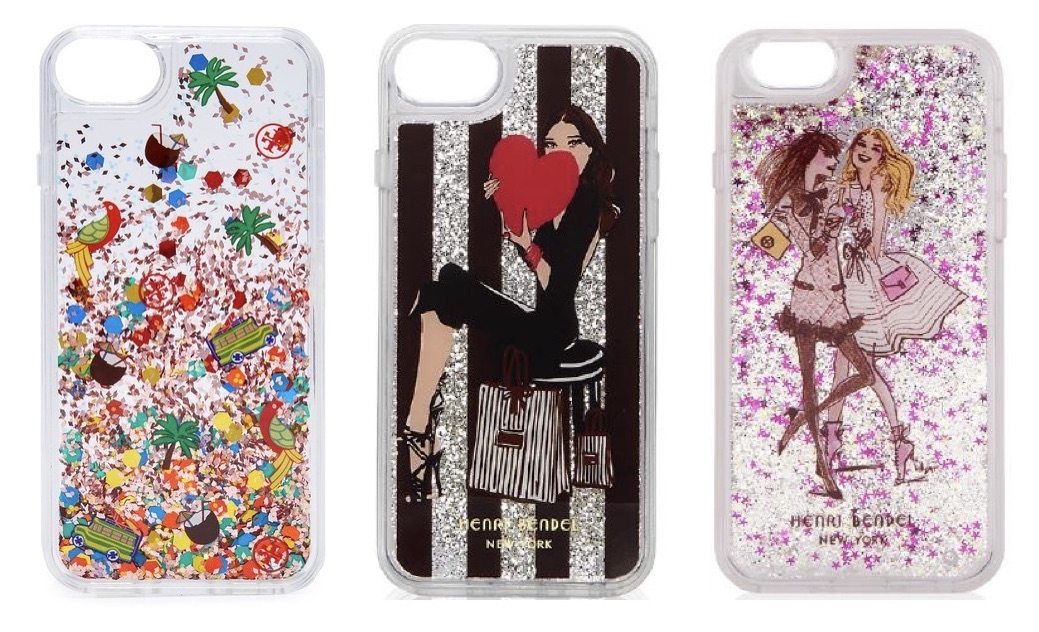 This recall involves all liquid glitter mobile phone cases for iPhone 6, 6s and 7. The cases contain liquid and glitter that are floating in the plastic case. They were sold in various styles and colors and measure about 5.5 inches by 2.75 inches.
Click to expand...

There are 24 reports worldwide discovered so far, 19 of which were in the United States, and they reference "skin irritation" and "chemical burns" suffered by the users. MixBin mentioned that one user reported "permanent scarring from a chemical burn," while another said she suffered "chemical burns and swelling to her leg, face, neck, chest, upper body and hands."

Among the 263,000 worldwide units that are being recalled, 11,400 were sold in Canada and 400 were sold in Mexico. To see the full list of the recalled MixBin Electronics cases, including model numbers, UPC codes, and descriptions, check out the notice on the Consumer Product Safety Commission's website.

What on earth were they using, hydrofluoric acid?
Reactions: dilbert99, Internet Enzyme, CarpalMac and 5 others
B

It's like a horror movie written by a fashionista conveying the dangers of bad taste.

People drop phones, cases crack, how can they not leak? Unless you fill them with something that would cause no harm, don't make them.
Reactions: cppguy, Internet Enzyme, ILikeAllOS and 1 other person

[MOD NOTE]
A number of posts were removed as they were derailing the thread. Please stay on topic.
Reactions: Mattlike

But seriously, do they offer 260K refunds to those who purchased the case?
Last edited by a moderator: Aug 2, 2017
U

I love mine. It's embarrassing, but watching the glitter fall in slow-mo is ultra-relaxing. Plus the fact I have one of this is really hilarious and amuses me to no end.
Reactions: RuralJuror, AirunJae, kupkakez and 7 others

You'd think they would use something nontoxic for the liquid. Isn't this a no-brained?
Reactions: PowerBook-G5, Internet Enzyme, Saipher and 3 others

shartypants said:
People drop phones, cases crack, how can they not leak? Unless you fill them with something that would cause no harm, don't make them.
Click to expand...

I imagine because the plastic cases are likely highly flexible and could absorb shock enough where if They hit the ground, they wouldn't cause damage to the case. But in some way, they were leaking.
Reactions: deany

If it was glittery it'd surely end up in faux jewelry in a store near you.

Problem is, even toxic heavy metals can be glittery, and they don't give a fuss where their stuff ends up, as long as it's cheap cheap cheap.
Reactions: ignatius345 and Kettil
U

Relentless Power said:
I imagine because the plastic cases are likely highly flexible and could absorb shock enough where if They hit the ground, they wouldn't cause damage to the case. But in some way, they were leaking.
Click to expand...

I've dropped mine a lot, and the plastic/gel really does the job. The problem I think is if you put it in a pocket with keys. There's always that chance that a key might make it through.
T

One might say you were burned already if you purchased one of these gaudy abominations
Reactions: elliotsen, Stars&Stripes, myscrnnm and 6 others

This is crazy on so many levels. What is the liquid in the case? Also, who thinks its a good idea to wrap an expensive electronic device in a liquid-filled case?
Reactions: Saipher, ILikeAllOS, Blackstick and 1 other person

usarioclave said:
I've dropped mine a lot, and the plastic/gel really does the job. The problem I think is if you put it in a pocket with keys. There's always that chance that a key might make it through.
Click to expand...

Perhaps if the case is left out in the sun, the plastic expands and becomes weaker overtime, thus causing the leaking versus somebody didn't have their case subjected to any sharp objects that would have caused the leaking.

There are few people I truly despise. Henry Ruschmann is one.
Worst. Invention. Ever.

That a liquid-filled case for electronics (let alone handheld) made it all the way from concept to a shipping product is nothing short of baffling.
Last edited: Aug 2, 2017
Reactions: PowerBook-G5

I bought one of these several months ago for my teen daughter's iPhone. I hadn't been too worried because I saw reports on Amazon of occasional leaks and nobody mentioned any hazards. She never dropped it and really had it only a short time. She had it sitting in a cup holder in my husband's truck and it leaked. The chemical smell was pretty scary. What the hell do they use, fracking fluid? We got it all cleaned up and wore gloves as we did so and avoided getting burned. I'm glad it was not in her purse or nightstand when this happened. I wish I had kept a receipt or the package so I could get my $9 back. Oh, I had bought the case at a little ladies fashion shop, not Amazon.

I hate glitter as much as Anakin Skywalker hates sand. It's rough, and it gets everywhere.

Still, I reailse many people like glitter, and you'd think putting it in a liquid and sealing it in plastic would stop it getting everywhere. But no...

I hope everyone who bought one of these gets a refund and there are no more horrible injuries from them. Stay safe, glittery phone case fans! And all the best for a speedy recovery for anyone affected, it sounds nasty.
Reactions: lazyrighteye

zorinlynx said:
You'd think they would use something nontoxic for the liquid. Isn't this a no-brained?
Click to expand...

I would have assumed something like water or light oil.
Reactions: Saipher, ILikeAllOS, VulchR and 2 others

I remember hearing about burns like this ages ago on Tumblr. Im glad a recall is finally in place.

The thing with the chemicals getting used is these companies want something that is cheap, and will stay clear and fluid without mold growth (phones are warm) and something that will allow for good movement of the glitter/grain particles. Some have a higher viscosity so the glitter/sand flows down slower. Remember those plastic magic wands? We had one that was super slow and fun to watch. Ours were frozen after they were forgotten in the car in winter, and gawd knows I left mine in the sun. Never had an issue with those-- makes me wonder what was in them though.
Reactions: Alfredo_Delgado
B

You'd have to be on acid to want one of those things...
Reactions: Harry Mlondobozi, PowerBook-G5 and tridley68
C

Most likely not, otherwise we would be talking about DEATHS - even in tiny amounts, that acid is a pretty nasty poison on its own...

carlvsam said:
Most likely not, otherwise we would be talking about DEATHS - even in tiny amounts, that acid is a pretty nasty poison on its own...
Click to expand...