Earlier this month, Tim Cook sat down for an interview with Stephen Colbert, where discussion turned to Aaron Sorkin's upcoming "Steve Jobs" film and Alex Gibney's "Steve Jobs: The Man in the Machine" documentary.

Though Cook has not seen either film, he called Jobs an "amazing human being" and suggested he hated the movies being made about Jobs. "I think a lot of people are trying to be opportunistic and I hate this," he said. "It's not a great part of our world."


Aaron Sorkin gave a scathing response to Tim Cook's comment in a recent interview with The Hollywood Reporter calling out Apple's Chinese factories and telling the interviewer that he and other top executives on the project had taken pay cuts to get the film made.

"Nobody did this movie to get rich," he said. "Secondly, Tim Cook should really see the movie before he decides what it is."

Aaron Sorkin's Steve Jobs film, which stars Michael Fassbender as Steve Jobs and Seth Rogen as Steve Wozniak, is set to premiere next month. It's already been screened at the Telluride Film Festival in Colorado, where it received rave reviews and led to buzz about a possible Oscar nomination for Fassbender's performance.

The movie is based on Walter Isaacson's best-selling biography and follows Jobs at three product launches, giving a behind-the-scenes look at the way Steve Jobs interacted with friends, colleagues, and family, including his daughter Lisa. In the past, Tim Cook has said the biography was a "tremendous disservice" to the Steve that he knew because it focused on "small parts of his personality." "The person I read about there is somebody I would never have wanted to work with over all this time," he said.

"Third, if you've got a factory full of children in China assembling phones for 17 cents an hour you've got a lot of nerve calling someone else opportunistic."

Ouch... that hurts !
Reactions: Krafty, ProjectManager101, MartiNZ and 75 others

And then Tim Cook deletes his West Wing series from his iTunes library.
Reactions: satcomer, mrxak, HenryDJP and 5 others
W

Wow. That's a seriously serious response from Sorkin. Talk about laying a smackdown. I said, "Wow!" out loud. Doesn't happen too often. Jeez..
Reactions: MartiNZ, DonRivella, Jamalien and 15 others

Never get into a war of words with Aaron Sorkin!
Reactions: MartiNZ, DonRivella, MacAddict1978 and 21 others
I

OHHH BURN *In my Ashton Kutcher as Kelso as Steve Jobs voice*
Reactions: satcomer, SgtPepper12, Joe HS and 4 others

Ouch. The hyperbole ("children" making "17 cents an hour") is unnecessary, though.
Reactions: attila, BrodieApple, ErikGrim and 12 others

Well that is patently false. Apple has done more than most any other tech company to monitor and reduce the problems inherent to Chinese factories that employ hundreds of thousands of workers. Workers who come there freely from their farms in the country because they can make a lot more money working in the factory for a while and then bring that money back to their home.
Reactions: attila, Tomapple, Keane16 and 42 others
N

Seems like a misunderstanding – because I don't think Tim was talking about the upcoming movie by Sorkin...
Reactions: ErikGrim, satcomer, flat five and 2 others
K

gmcalpin said:
Ouch. The hyperbole ("children" making "17 cents an hour") is unnecessary, though.
Click to expand...

I side with Sorkin whole heartedly. Cook is a hypocrite
Reactions: MartiNZ, DonRivella, Jamalien and 36 others

So 21 is now considered a child? Man the world we live in...
Reactions: attila, BrodieApple, ErikGrim and 8 others

Tim and his team of executive colleagues needs to suck a lemon. They love saying, "The Steve I knew..."

The Steve they new made them billionaires. As a direct result, anything they have to say is subjective and null.
Last edited: Sep 25, 2015
Reactions: MartiNZ, albebaubles, linuslh1996 and 18 others

"Third, if you've got a factory full of children in China assembling phones for 17 cents an hour you've got a lot of nerve calling someone else opportunistic." 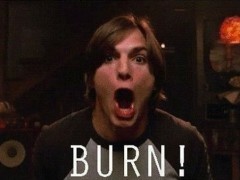 Thank you, Sorkin!
Reactions: MartiNZ, DVDRAMMER, Menneisyys2 and 2 others
J

Do folks really make 17 cents an hour in China? Wow!!!

So I know that's cheap and all... but that's what it is in China, and that meets minimum wage right?

Just because it's not 10 bucks an hour ... it doesn't mean Apple is ripping off people. Apple actually creates millions of jobs in China... I don't think it's right for the that guy to attack Cook in that way.
Reactions: linuslh1996, mrxak, Z400Racer37 and 5 others

Sorkin sounds like the Sick Puppies song Gun Fight
"Here's a little story 'bout Tienanmen Square
The people rose up and said, "Life ain't fair."
Now they're sweating in a shop making iPhones and
You stand in front of tanks, the tanks are gonna win!"
Reactions: SdkDel
W

kayloh20 said:
His point wasn't that it was wrong for Apple to use Chinese factories. His point was that Tim Cook should not have called the movie makers opportunistic if he himself is opportunistic.
Click to expand...

I have no problem with what Cook said.

If someone makes a movie about your friend and they misrepresented him would you not say something about it?
Or will you just let the movie slander your friend.

its obvious that Cook and many others WHO ACTUALLY KNEW STEVE JOBS don't like the movie and don't think it reflects Jobs true self fairly.
Reactions: BrodieApple, satcomer, mrxak and 13 others
J

Wow, what a childish response.

Also, the people who make these sorts of accusations at Apple are absurd. Nintendo, Microsoft, and Sony manufacture the Playstation 4, Wii U, and XBox One at the same Foxconn factories. Dell and HP also manufacture their computers there.

Apple is the only one who publishes regular worker safety reports and does inspections and forces Foxconn to improve working conditions. They're by far the most responsible of every company in this list, so singling them out is ridiculous. It's an industry-wide issue that needs to be solved, not something Apple is doing.

The fact that this is Aaron Sorkin's view of the Foxconn situation makes it seem very unlikely to me that this will be an accurate film, if he buys in to media storylines like "the Apple factories".
Reactions: attila, 70s technology, Keane16 and 37 others
B