The creative mastermind behind some of Apple's most iconic advertising campaigns announced his retirement today. 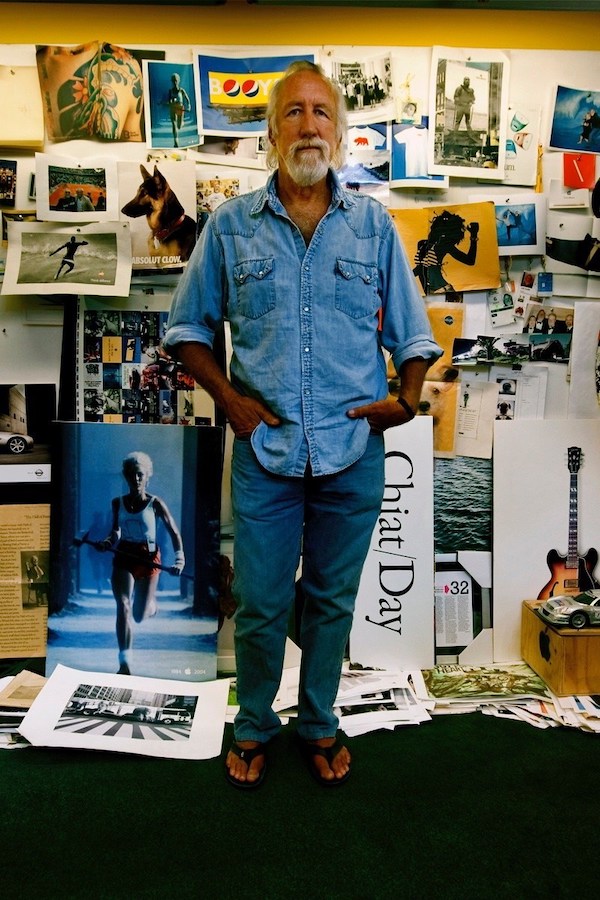 Lee Clow​
Lee Clow, the Global Director of Media Arts at Apple's advertising agency partner TBWA, will move into an advisory role as Chairman Emeritus of TBWA\Media Arts Lab, a division of the agency he founded in 2006 to exclusively serve Apple. His iconic, award-winning career spanned five decades.

Over a 30-plus-year partnership with Apple, Clow worked on some of the company's most famous campaigns, including its "1984" ad for the original Macintosh, "Get a Mac" series of Mac vs. PC ads, "Think Different" slogan after Steve Jobs returned in 1997, and colorful silhouette ads for the iPod and iTunes.

During his long partnership with Steve and Apple, Lee told powerful visual stories that elevated new technologies with the passion, creativity and ingenuity that define our own humanity. He helped Apple carry itself through times of challenge, and his work inspired audiences to look beyond the horizon as an exciting future came into view. Lee's body of work over five decades hums with cleverness, warmth and enthusiasm--and there is no doubt that it will inspire and motivate generations of 'Crazy Ones' still to come.
Click to expand...

A look back at some of those ads:


TBWA\Media Arts Lab will continue to serve Apple around the world, led by executives Katrien De Bauw and Brent Anderson.

I bet if Steve was still around, he be able to pull him out of retirement again.

I loved reading about him in Steve’s autobiography.
Reactions: DeepIn2U, ThomasJL, martyjmclean and 9 others

Those were amazing and memorable ads.

Now an iPhone spins in a circle. Creativity has left the building.
Reactions: VMMan, Cameroncafe10a, freedomlinux and 24 others

I was too young when it aired, and was a hardcore PC gamer in the 90's when I finally saw it. Very iconic of the times in early home computers-no one knew what they could do yet-because we were the beta testers. It was all symbolism and hype-but this ad took the cake in reaching. One of the first ad's I'll never forget-I loved it.
Reactions: house13um, poe diddley, HJM.NL and 2 others
A

One of the greats. he and Steve worked very well together. A few choice interviews:

Jeez. All the best ads.
Reactions: HJM.NL, trifid and abrantes09

I used to build PCs. It was a constant struggle and very time consuming. The Mac vs. PC ads didn't convince me to switch, but they got my attention and had me looking more closely at Apple products. The iPhone looked really cool so I bought that at launch and was smitten, so I bought my first Mac in early 2008.
Reactions: buddhistMonkey, nikron, MacsRuleOthersDrool and 7 others
A

In fact, Apple as a whole retired before him: The Mac vs PC characters are nowadays flipped, with Apple playing exactly the same role as the PC in those ads. Having your phone telling you got a new memory is something that could only happen to the PC character in those ads.
Reactions: macguru212, poe diddley, dpjkillian and 8 others

I would have quit too if I had produced such iconic, influential body of work for a company that now seems perfectly content with vapid Memoji tripe.
Last edited: Feb 14, 2019
Reactions: VMMan, freedomlinux, Objectivist and 21 others

The fact that I can still quote large sections of the Mac vs PC ads is a testament to this gentleman's work.
Reactions: VMMan, ThomasJL, Brandhouse and 4 others

Funny how times have changed - today Apple itself is the monster on the big screen. Big, arrogant, greedy, restrictive.
Reactions: VMMan, Cameroncafe10a, Objectivist and 27 others

What Becomes a Legend Most?

For me the ad campaigns he made stood for something. It made me feel proud using Apple gear. Today's Apple ads can be from anyone... change the name... and voilà.

I wish him a good retirement and thank him for his excellent job.
Reactions: VMMan, DeepIn2U, ThomasJL and 9 others
N

DocMultimedia said:
Those were amazing and memorable ads.

Now an iPhone spins in a circle. Creativity has left the building.
Click to expand...

I thought Apple devices used to sell themselves though (that's what many commenters here seem to believe). Why did Apple need "amazing and memorable ads" back then and can get away with less memorable ones now and still sell so many devices (even though theses devices are less "awesome or innovative").

I'm just replying to you to latch on to what you said to point out inconsistencies in people's arguments against Apple (not saying you're being inconsistent).
Reactions: Totemsflare and PC_tech

I bet if Steve was still around, he be able to pull him out of retirement again.

I loved reading about him in Steve’s autobiography.
Click to expand...

I never though I would use the words "cool" or " really interesting" with an Ad. Hope he puts his talents to helping some worthy nonprofit or good cause...
Reactions: HJM.NL

ah yes, back when apple was such a great company with awesome innovations.
Reactions: VMMan, 0958400, jazz1 and 4 others
P

These were great ads and I love them, but all of them are old. What ads are on Lee's resume recently?
S

When you look at those ads and the way Apple is today, it shows you how Apple today has lost its vision. Apple during Jobs at the helm was full of crisp ideas and eye catching innovativeness just like those ads. They wanted to wow people and represent themselves as life changers. Now it is too focused on how to monetize.

I do not like how and where they are moving to...
Reactions: VMMan, ThomasJL, biziclop and 9 others

Yesteryear, the delta between Apple and the rest of Technology significant. Today, Technology has come over to the Apple vision. Therefore, more difficult to create those PC vs Mac type advertising.

I would start a campaign around “Apple was Right”. Copying ones vision deserves a “A Big Thank You!”.

HJM.NL said:
For me the ad campaigns he made stood for something. It made me feel proud using Apple gear. Today's Apple ads can be from anyone... change the name... and voilà.

I wish him a good retirement and thank him for his excellent job.
Click to expand...

The tech industry was trying to establish itself as a lifestyle choice for decades and did so in a big part thanks to Apple. Today, tech is a lifestyle choice of everyone whether they like it or not. Apple ads still standout but since everyone else has caught up to their messaging and their style, it's harder for Apple to really make their mark.
A

Wow! Both of those ads were amongst the most epic “campaigns” (I know the 1984 ad only played once) in advertising history. I didn’t know both were created by one guy. He must be quite gifted!

Seeing as Apple doesn't 'think different' anymore, what was there left for him to do?
Reactions: Breaking Good, Sandstorm and JPSaltzman

wigby said:
The tech industry was trying to establish itself as a lifestyle choice for decades and did so in a big part thanks to Apple. Today, tech is a lifestyle choice of everyone whether they like it or not. Apple ads still standout but since everyone else has caught up to their messaging and their style, it's harder for Apple to really make their mark.
Click to expand...

And I think the notion that iPhones are not creative or are falling behind is unfounded for the same reasons. What does an Android do that iPhones don't practically speaking that improves the usage of the device? Nothing. Smartphone tech evolved so quickly that there isn't a whole lot left tech-wise that can be integrated into a smartphone currently that improves your life day to day (productivity wise). We're basically at fullscreen displays across the board, Apple's Face ID is still top of class, so other than adding below the screen biometrics where there are no notches etc. what's left? Smartphone camera tech has grown leaps and bounds, but the changes year to year are iterative, not revolutionary. I think the days of revolutionary tech surprises for the consumer market are going to be much farther apart. The smartphone market is saturated, the tablet market is growing only for Apple who is clearly miles ahead with the iPad Pros. They're also ahead in the growing wearables market with the Apple Watch. Arguably the only area Apple is behind could be in the home computer division, which is ironic.
Reactions: martyjmclean, I7guy, jazz1 and 5 others
You must log in or register to reply here.
Share:
Facebook Twitter Reddit Email Share Link
Register on MacRumors! This sidebar will go away, and you'll see fewer ads.
Sign Up
Top Bottom