Apple on Tuesday released new 3C39 firmware for the AirPods Max, and there was speculation that the new software was meant to address a battery life problem that users had been experiencing. Some AirPods Max headphones were seeing excessive battery drain while in the Smart Case, and now there's evidence that the update does indeed fix the problem. 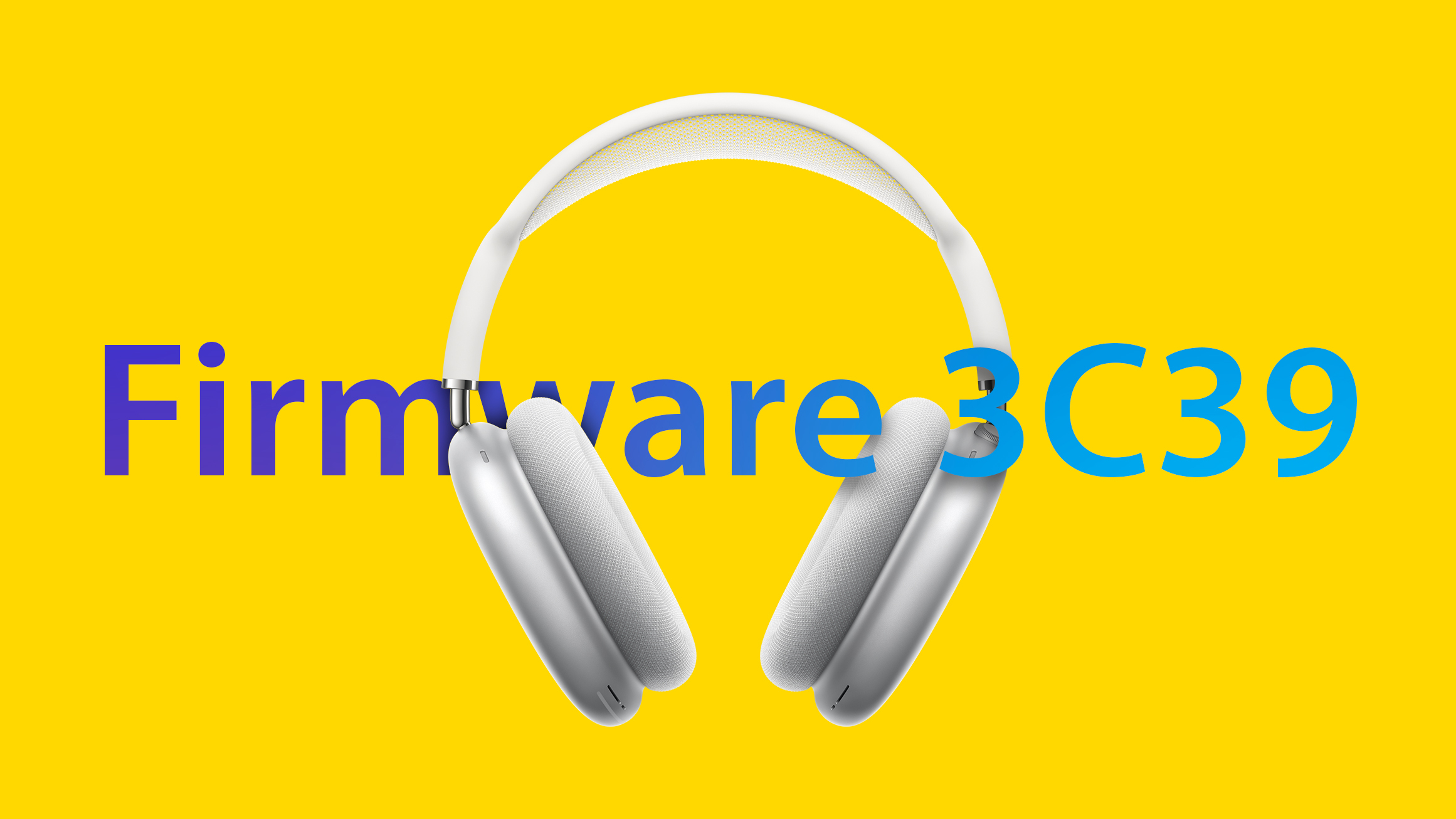 
https://twitter.com/i/web/status/1370406681604194309
In addition to Rambo's testing, there are also anecdotal reports on the MacRumors forums that suggest the AirPods Max are no longer losing large amounts of battery life in the case overnight. From MacRumors reader F23:

Updated yesterday. 24 hours later, they did NOT lose a single percent. Still at 97% after 24 hours in the case. On previous software version i would lose 10%+ overnight consistently.
Click to expand...

Other MacRumors readers have noted improvements to automatic switching when using the AirPods Max, and a fix for a bug that could sometimes cause them to disconnect between devices. From MacRumors reader TechKris:

I can report a 6% battery drop with the new FW after about 8h overnight placed in the case. Automatic switching between M1 MacBook Air and iPhone seems to be much better now. It was unusable before and just had in manual on the Mac.
Click to expand...

There's no clear cut way to update firmware for the AirPods Max like there is for devices like the iPhone, but connecting the AirPods Max to a power source and then listening to music for a few seconds to connect them to an iPhone or iPad typically forces the update.

You can check the firmware on your AirPods Max by following these steps:
Have you noticed better battery life since upgrading to the 3C39 firmware? Let us know in the comments.

It's really too bad you can't simply turn them off when not in use.
Reactions: Pasqualem, tranceking26, CthuluLemon and 5 others

Apple should invent a power control device using some form of toggle.

It'd take some serious courage to create something so innovative.
Reactions: istvan, return2sendai, tranceking26 and 12 others

It'd take some serious courage to create something so innovative.
Click to expand...

They shut off when the magnets in the Smart Case get near the Hall effect sensor in the Maxs.

I wonder how long before somebody sells a magnet as a "wireless" off switch.

Do you own a pair?
I don't yet (they're ordered), but I don't see a reason I would want that from what I've read or seen from my the pair my partner has.
Reactions: Suckfest 9001, amartinez1660, G5isAlive and 3 others

I'm laughing so hard at this because, wasn't that the WHOLE POINT of that smart case?

IT HAD ONE JOB!! And it didn't even do that!

While there have been issues with the power management occurring for some people, I really haven't had any issue with the lack of power button: nothing has been more delightful than just putting them on and setting them down without having to worry about whether I am "done" with them or not.
Reactions: thelemmy, amartinez1660, G5isAlive and 7 others
W

I still can't get the firmware to update. Wish they would just add a button to iOS.
Reactions: BWhaler, tshane, Retryc and 2 others

True. Everything is called smart nowadays for no apparent reason. It’s not because it’s tech or wireless, that it’s also smart. Inwoner what they will call the next generation of tech that truly will be smart.

Cause the squeeze is yet to be squeezed. Diamond hands
Reactions: aesc80

ClockWork72 said:
Cause the squeeze is yet to be squeezed. Diamond hands
Click to expand...

Thanks for the reminder! 🚀🚀🚀🚀🚀🌚
Reactions: TheYayAreaLiving 🎗 and ClockWork72
K

Hasn’t fixed automatic switching for me

Too bad mine STILL wont update

It'd take some serious courage to create something so innovative.
Click to expand...

Apple products don’t have power switches. Steve Jobs never liked those and it looks like they’re continuing with that tradition.

Sharewaredemon said:
Do you own a pair?
I don't yet (they're ordered), but I don't see a reason I would want that from what I've read or seen from my the pair my partner has.
Click to expand...

It’s initially a bit odd, when you’ve been used to decades of wireless cans having a power button. But you get used to the idea quickly, it’s nice just being able to plonk them on your head and have them instantly connect to whatever device is playing music/film/whatever.

I’ve got to the point where I wish all of my wireless cans worked that way. It’s more like having a good old wired pair (without having to connect them of course).

I know people have, and will, complain about the battery life. But I’ve yet to see the problem.

I’m on day 3 since I last fully charged them, I’ve gone through god knows how many hours of listening and since that last full charge, they haven’t been back in the case. When I’ve finished with them, they get placed on the coffee table, or bedside table until the next day.

Right now, they’re at 62% battery. Which for the amount of listening I’ve done and them not going near the case, is pretty damn good in my opinion. Power switch? An archaic notion, vive la revolution
Reactions: amartinez1660, G5isAlive, Colonel Blimp and 4 others

sdornan said:
I still can't get the firmware to update. Wish they would just add a button to iOS.
Click to expand...

Have tried all advice available and still cant update the firmware.

Retryc said:
Have tried all advice available and still cant update the firmware.
Click to expand...

There’s no real way to force it to happen, it just will eventually. I just used mine as normal, took them off and put them on my desk at lunchtime, not connected to power. When I came back, the firmware had updated.

It’s the same with any Apple product on automatic update. I’ve seen it take almost a fortnight for my Apple Watch to finally do an automatic update. At least you can intervene with that of course, but I don’t bother most of the time. I just use the products and let it happen in its own time.

Though I can completely accept that we’re all different and some people want these things straight away. Maybe Apple should have a manual update option. It would save a lot of people frustration.
Reactions: jeffirl, artfossil and Retryc
A

sdornan said:
I still can't get the firmware to update. Wish they would just add a button to iOS.
Click to expand...

I couldn’t until I put them in the silly case… so try putting them in there for a minute, take them out and plug them into charge and plug your phone into charge next to them, make sure they are connected, and then leave them alone for 30 minutes… worked for me
anyway!
Reactions: jeffirl

same and I still have lot of connection problems I have to reset my AirPods Max like once a day... also battery was dead this morning after putting them last night in the smart case at around 40% of battery, I did noticed that some time in the night I got the connection notification on my phone even if they where in the case so that was weird. I love my AirPods Max but I hate having all these issues, I hope they get fixed soon.

Somebody give me three reasons why I should get AirPods Max?
Reactions: hippyeverafter

Would be great to experience some of these improvements if my pair would update. Never had this much trouble with the other AirPods

Awesome news! I was also noticing this...
I

macsareveryintreasting said:
Somebody give me three reasons why I should get AirPods Max?
Click to expand...

I have three reasons not to:

1.) Band and cushions already yellowing (white/silver). I knew it would but not this quickly.
2.) The case is terrible. You never get used to it. But you have to use it (if it even works at preventing battery drain). The omission of an off button is HUGE. Eventually you give up and leave plugged in when not using.
3.) It's too expensive to have the first two issues.

And to add further frustration, I can't get them to do this firmware update.