AirPort Extreme and Time Capsule Out of Stock at U.S. Apple Stores [Updated] 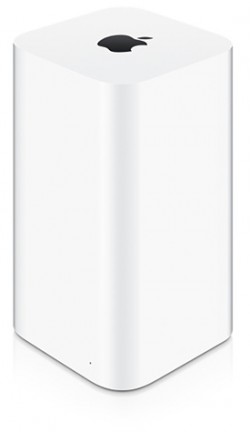 Following a rare firmware update for the AirPort Express, AirPort Extreme, and AirPort Time Capsule earlier this week, a few readers have contacted us about the Wi-Fi base stations being out of stock at their local Apple retail stores in the United States.

"I was trying to buy an AirPort Extreme today from the Beverly Hills Apple Store and an employee told me that Apple had asked for all of them back from all the stores," wrote one anonymous tipster.

To verify the tipster's claim, we contacted an Apple support representative who confirmed that Apple has pulled AirPort Extreme and AirPort Time Capsule stock from all U.S. stores. The base stations remain available to order online, while it appears the smaller AirPort Express can still be purchased both online and in stores at present time.

Apple's web-based Personal Pickup tool has also been removed from the AirPort Extreme and Time Capsule product pages on its U.S. storefront.

Even though Apple has pulled all AirPort Extreme and Time Capsule stock from U.S. stores, it is possible that select locations may still some units available. The base stations also remain on sale through authorized resellers such as Best Buy.

A retail source informed us that the AirPort Extreme and AirPort Time Capsule remain in stock at stores in the U.K., as confirmed by Personal Pickup, and the Wi-Fi base stations are also currently available at most stores in Australia, Canada, and Europe, so the in-store outage appears to be limited to U.S. stores for now.

With WWDC 2016 around the corner, scarce availability of the AirPort Extreme and Time Capsule in the U.S. will naturally stir speculation about a possible refresh to its Wi-Fi base station lineup. However, the stock outage could be related to the recent firmware update, Apple Store renovations, or regular fluctuations within Apple's inventory channels. There are also no rumors about an impending AirPort refresh.

Apple last updated the AirPort Extreme and AirPort Time Capsule at WWDC 2013 with faster 802.11ac Wi-Fi, new designs, and other internal changes. The slimmer AirPort Express was last updated in June 2012, drawing on the design of the Apple TV and gaining simultaneous dual-band 802.11n connectivity.

Given the lack of rumors, it is unknown what features a next-generation AirPort Extreme could have, but 802.11ac wave 2 Wi-Fi is a possibility. Some readers also speculate that Apple could integrate Siri features into the AirPort Extreme amid rumors it is working on an Amazon Echo competitor -- which could also be a new Apple TV.

Apple's AirPort base stations are designed to create or expand Wi-Fi networks, providing dual-band connectivity in addition to other features like music playback, wireless printing, and wireless backups. Read our AirPort roundup to learn more.

Update: Apple may be complying with an FCC deadline of June 2, 2016 related to router software security rules gradually phased in since 2014, which would explain why the stock outage is limited to U.S. stores.

Update 6/2: Apple's AirPort base stations are once again available for Personal Pickup and are in stock at most retail locations in the United States, suggesting the stock shortage was a temporary blip that has now been resolved.

(Thanks, Cole, Justin, and Corrode!)

Am I the only one who read: 'anonymous hipster'
Reactions: scapegoat81, Bryan Bowler, kgtenacious and 22 others
Comment
N

No mention of the previous rumour of Apple making an Amazon Echo-competitor? Is it only me that sees this as another indication of a smarter home device?
Reactions: iPhonetherefore, sdesapio, coltconnn and 3 others
Comment

Let's speculate some more: Are Airport devices with Siri (similar to the Echo) coming?
Reactions: Oliverhay, FatJeff, iPhonetherefore and 3 others
Comment
A

WWDC this year is going to be extreme!
Reactions: t1meless1nf1n1t, oreggero, Zirel and 1 other person
Comment
P

I want a thinner design!

Especially for the Airport Extreme. Why does it have to be as big as a Time Machine with a giant gap in the middle for a non-existant hard drive? The smaller they are, the easier it is to hide
Reactions: adamdgreene, ijbond, BeefCake 15 and 1 other person
Comment
T

ayale99 said:
New base station with Siri integration ala Echo?
Click to expand...

ayale99 said:
New base station with Siri integration ala Echo?
Click to expand...

Would love to have this, instead of apple TV version of echo.
Reactions: orbital~debris and oreggero
Comment
S

Antennas are popular with consumers. They want Apple to sell something like this.... 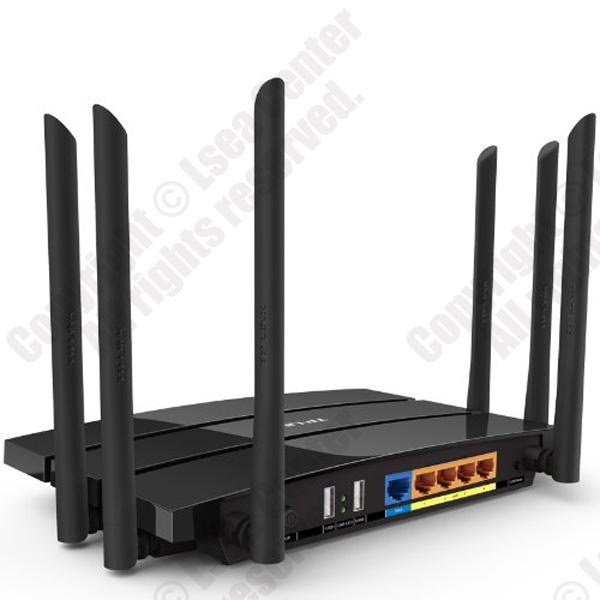 Inside the Machine (Green Bay, WI)

Something to compete with Amazon's Echo perhaps?

Thought the same thing though not sure why Apple is pulling current stock other than to get the rumor mill spinning.

Seems like Airport and home automation could be 2 separate products (with and without automation/Siri, etc).
Comment
W

The Time Capsule was abandoned and the team disbanded a couple years ago when it was decided that da cloud is where everyone wanted their data instead.
Reactions: ssgbryan and bernuli
Comment
D

i thought the same thing. It shouldnt be a standalone device. Integrate it with apple tv or this.
Comment

Maybe they'll finally add USB 3 ports in the next iterations. Let's see what standard features they hold back.
Reactions: Oliverhay and Sandstorm
Comment

It probably has more to do with the fact that there is a new FCC rule going into effect on June 2 that requires router manufacturers to lock down their firmware and prevent users from disabling dynamic frequency selection (DFS).
Reactions: macrg103, ijbond, jhfenton and 8 others
Comment

jdillings said:
It probably has more to do with the fact that there is a new FCC rule going into effect on June 2 that requires router manufacturers to lock down their firmware and prevent users from disabling dynamic frequency selection (DFS).
Click to expand...

Get out of here with your logic. I want more outlandish speculation.
Reactions: centauratlas, adamdgreene, macrg103 and 22 others
Comment

How about a real router with a VPN Server so I could connect to my home network from my iOS devices?
And as others suggested, USB 3.0 ports for our external Hard Drives.

I was extremely surprised to see when I checked Airport Utility that it was a firmware update.

It had been so long since a firmware update was available, that when I saw the blinking yellow light I immediately assumed a hardware failure or anomalous double NAT message.
Reactions: LarryJW, Jamalien, Mr. McMac and 5 others
Comment
M

Yup, that's how i see it as well
Comment

I couldn't care less about Siri integration into a router. My router sits in the office/spare bedroom in the center of my house. We're only in there to use the iMac for school work, paying bills, etc. The majority of the time, I just want my time Capsule backing up files reliably and being a strong, reliable router for our multiple iPhones, iPads, Kindles, wireless printer, etc. Siri plays no part in this.
Reactions: aaronvan, InfoTime, Robert.Walter and 5 others
Comment
You must log in or register to reply here.
Share:
Facebook Twitter Reddit Email Share Link
Register on MacRumors! This sidebar will go away, and you'll see fewer ads.
Sign Up
Top Bottom