Am I the only one using the iPhone 3gs still?

I bought two iPhone 3gs phones long time ago used through Amazon.com They still work great. I found a company that will let me get only phone service instead of the "data" package the regular phone companies sell. I use wi-fi instead of the 3g networking. It works for me, although the apps are getting few and far in-between. There used to be a place on the web that had a listing of all the apps for iPhone's/iPod's but don't have the link anymore. Wish there was a place that had all the old iOS 4-6 apps available.

I still use my 3gs, granted it's not my daily.
Reactions: n0klu

Mine is the only one I can afford. I don't have the $150 plus to purchase a newer one, plus I like the fact I can use any carrier... I have one that doesn't require me to purchase the "data" package to use the phone/Wifi part.

You can purchase a refurb Grade A iphone 4s from Newegg for $50, that's where I got mine in which I downgraded from iOS 9.3.5 to 6.1.3, it also accepts any carrier.

I also use a free cell service via Freedompop (AT&T/Sprint MVNO) which comes with 200mb data free and can get more by filling out surveys, it is also accompanied by 200min/500text.
Reactions: n0klu

I also use a free cell service via Freedompop (AT&T/Sprint MVNO) which comes with 200mb data free and can get more by filling out surveys, it is also accompanied by 200min/500text.
Click to expand...

Cool, I'll look into that. How high of iOS will the iPhone 4s get?

No not at all, I still put my SIM card in one every once in a while just to get away from all the modern ammentnites, social networks, etc just to take a break. Or sometimes when going out of town. I also have multiple states maps downloaded in Maps.me for offline GPS use, works well for that too. 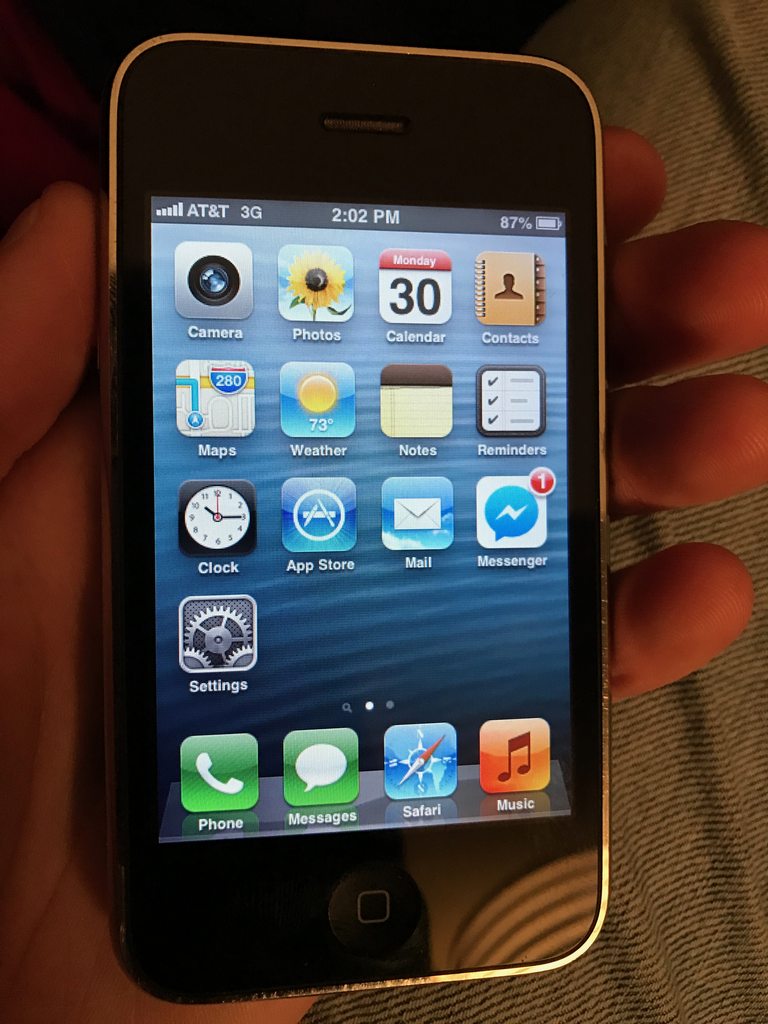 I also have a father in law that up until last month was still using his full time, just replaced the battery this summer so it's still fresh and doing well.

In fact I just got a little worked up about iOS 11 and it's lack of software quality and large amount of bugs still present (mostly UI bugs or lockups seen on my wife's SE) and made a post using my 3GS as a reference because it's so darn stable. Even iOS 6 still runs well on it, though I've had it on 3.1.3 and 4.1, 4.2.1, 5.1, and 4.3.5 before moving to 6.1.6 for some app compatibility reasons and iMessage.
Reactions: Newton’s Apple
S

The site to find old apps is findoldapps.com.
Though, apps you can install older versions of won't be listed.
Reactions: mikzn

I've always wanted to get a 3GS. Someday. It's always been the most comfortable iPhone to hold imo.

Agree with Avenged110 fit is great for single hand use

3GS is pretty useless in 2018. Most of the Apps don’t work and dropped updates along ago.

Newton’s Apple said:
3GS is pretty useless in 2018. Most of the Apps don’t work and dropped updates along ago.
Click to expand...

I've got a fair portion of valuable apps working on mine after some tweaks, but it's unbearably slow on iOS6.
D

A friend of mine gave me her old iPhone 3GS back in 2013 when she upgraded to something new. I still use it to this day.

Battery still holds up, and no problems with calling or the messaging functions. Apps however, no longer work. Also unable to access my Google accounts as their new security protocols are too advanced for the old 3GS. Runs iOS 6.1.6 and I still have an original size SIM card.

I will likely be switching to a new device soon, but this one has held up for over a decade. Not bad! My main disappointment has been the difficulty in trying to back it up before I head into to store for a new one.
You must log in or register to reply here.
Share:
Facebook Twitter Reddit Email Share Link
Register on MacRumors! This sidebar will go away, and you'll see fewer ads.
Sign Up
Top Bottom