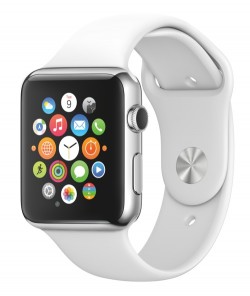 Daring Fireball's John Gruber today published a piece going in-depth on what he believes Apple's upcoming Apple Watch wearable will sell for, how the various accessory bands will be sold at retail, and just how much the all-gold Apple Watch Edition could possibly cost.

Taking a step back from the tech industry, Gruber looked at the upper tier of the fashion accessory market and decided to revisit his early fall guess that the lowest price the Apple Watch Edition could sell for would be $5,000. He began asking "friends who might know" whether they thought that estimate was too high.

The answer has always been "No". But the way I've been told "No" has given me the uneasy feeling that I've been asking the wrong question. I should have been asking if $5,000 is too low.

I now think Edition models will start around $10,000 -- and, if my hunch is right about bands and bracelets, the upper range could go to $20,000. I was off by a factor of two, and my friend Vincent, I think, nailed it back on the day Apple Watch was introduced.
Click to expand...

Due to Apple's decision to remain silent on many details of Apple Watch pricing structure so far, Gruber, like many others, assumed the interchangable bands shown off at last September's reveal event would be able to be purchased separately. Watch wearers could, in essence, dress up a Sport Edition with a Milanese Loop, or exchange a nice leather band of a higher-tier model with a Sport band. Gruber now notes, however, that this does not appear to be the case, with band options for each watch version being limited.

He points to a list of bands available for the mid-tier stainless steel Apple Watch model. As presented on Apple's site, the list starts with the Sport band and ends with the higher-quality Space Black Stainless Steel with Link Bracelets. Besides differences between each band's 38mm and 42mm sizes, Gruber argues this ordering is an indication of price from least to most expensive.

So I'm thinking the regular Apple Watch will come in at least five pricing tiers:

1. Entry: Sport Band, black or white.
2. Regular leather: Classic Buckle, you'll get it in black and you'll like it.
3. Milanese Loop.
4. Deluxe leather: Modern Buckle for 38mm models, Leather Loop for 42mm models. Each with a choice of three colors.
5. Link Bracelet.

You'll pay a premium for color straps and advanced clasp mechanisms, and you'll pay even more for the Link Bracelet.
Click to expand...

He isn't sure the same ordering rules will apply to the expensive Apple Watch Edition, however, with a small list of six variations, he thinks their placement on the website "almost certainly does not correspond to price."

Gruber's full piece is well worth a read, as it offers a thorough analysis of the various band options and how they will likely pair up with the various watch collections. With three different watch collections, two casing sizes, and a number of different bands that will likely vary substantially in price, the Apple Watch appears set to be available at a wide range of price points starting at the base price of $349 and quickly ramping up from there.

News and rumors about the Apple Watch and all of its editions have been building since Tim Cook announced the device's launch window sometime in April. Most recently it was reported that Apple is allowing select third-party developers to visit the company's Cupertino headquarters to help them put the finishing touches on their various Apple Watch apps before the big launch. It remains unclear, however, just how long Apple will wait to announce full details on pricing and availability.

The problem with pricing the gold watches that high is that this is still a gadget. Next year the $350 watch will have better specs and in my eyes be "better". They will need to
Have a trade-in program or upgrade program of some kind for this to fly.

Why someone would (hypothetically) waste $10k+ in a smartwatch fad is beyond my understanding.

Short version: I know nothing, so I'll just randomly guess with no real logic behind it.

Remember back when people were SWEARING up and down that the iPad would be $1200 to start? They ended up looking like total fools.

Terrifying to my wallet, but likely closer to reality than we've previously been.

People are going to go nuts when Apple announces prices for real. The doomsday predictions will roll in swiftly. I think John is right, though - it is a fashion play, not a tech one.
9

Honestly, I dont give a monkeys about the price of the Edition. I am far, far more interested in the upper ceiling of the standard Apple Watch.
D

IMHO - it's an opinion just like an "analyst", is that the Edtion will be nowhere near that price. The guesses are out of control. Hope we get confirmation from Apple soon to stop this madness. Correct when you know I'm wrong! Not on the back of some analyst - who has been hit and miss in the past.

If Apple do announce a $20K price tag I think the moderators are going to be very busy.

I was hoping the stainless steel apple watch would start at $500. Otherwise you're buying an iPhone accessory for almost the same price as an iPhone would cost you sim-free.

The Edition - whatever, they can price that wherever they want. I don't have a particular want or need for the gold one. But if these are where the prices hit then I guess I'm downgrading to a "Sport".

You people aren't reading the analysis. These are priced as fashion watches are. Disregard what tech is inside them. Millions of people spend that much every day on watches that only tell time and not even as reliably.

I'm a MacRumors forum member so therefore my opinion is far more informed regarding technology and fashion than some small startup named after a common fruit. I mean, come on.

I'm sorry, I don't care what track record John Gruber has, his pricing estimates and retail expectations are way off. There's no way Apple won't sell the bands alone as accessories after they've emphasized how easy it is to swap them out. And, of course, his prices are way too high all around, especially for the Edition.
J

The more I read rumors about the gold watch price, the more I think the solid gold rumor was false. (edit: Oops! Wrong about that..) I can't imagine Apple putting products to the market with that price. Sure, something like a special edition Mac Pro on an auction. But not a watch in the Apple catalogue.

This also reminds me of those stupid iPhone's packed with gold and diamonds. Always felt like none-Apple and a bad marriage of styles and image.
Last edited: Feb 20, 2015

I signed up for the Motion Conference in Santa Fe this June and part of the package deal is an Apple Watch with MP3s of all the lectures on it. Looking forward to when Apple releases all the specs so I can choose the one I want! I had been on the fence about getting one but having the cost buried in the price of this motiongraphics conference made the decision a little easier, lol. I needed a new watch anyway...

I just can't see them making the actual devices cost too much - will not help with upgrading to the newest version - and their a better profits to be made in bands then in electronic devices (I would guess).

How is this newsworthy? Gruber doesn't know any more than the rest of us. You might as well throw up an article asking MacRumors to guess what prices will be.

Kaibelf said:
Short version: I know nothing, so I'll just randomly guess with no real logic behind it.

Remember back when people were SWEARING up and down that the iPad would be $1200 to start? They ended up looking like total fools.
Click to expand...

Yea, agreed. Great point and best we all just wait till next month to see (assuming there is an Apple Keynote).

Although this time it may be different since Apple already did announce the intro price roughly 6 months in advance. They didn't do this with the iPad.

Because you can (assuming you have a ton of money to throw around and not care about it).

I would still rather spend my money on a watch that is going to last forever. Not for months. Anything with three 0's behind it for an Apple Watch is crazy, but I am sure there will be people with more money than brains that will go for it.

I will always be more impressed by a Patek Phillipe or Cartier, hell even by a Rolex before some Golden Apple.

JPLC said:
The more I read rumors about the gold watch price, the more I think the solid gold rumor was false.
Click to expand...

It's not a rumour, it's posted on Apple's web site.

Each has a watch case crafted from 18-carat gold
Click to expand...

I imagine Apple will be offering a recycling program similar to what they have now with iPhones, wherein you bring back your gold Watch and they give you some of the value of that gold towards the cost of your new gold Watch.

Apple could stand to make a lot of money this way by reacquiring gold at less than market cost that they will then turn around and sell in a future Watch.

Without some sort of recycling program in place, Apple could be viewed as fostering a disposable gold market, which probably wouldn't look so great.
T

He says "I dont think any of the stainless steel bands will be available for retail purchase". Why on earth would they do that?

I think he gets a lot wrong in his article/post.
S

Rogifan said:
How is this newsworthy? Gruber doesn't know any more than the rest of us. You might as well throw up an article asking MacRumors to guess what prices will be.
Click to expand...

What are your guesses?

Not being sarcastic - but you raise a good point. You've been tracking the stories quite a bit - what do you think the tiers or range will be
You must log in or register to reply here.
Share:
Facebook Twitter Reddit Email Share Link
Register on MacRumors! This sidebar will go away, and you'll see fewer ads.
Sign Up
Top Bottom