profets said:
You know, I had well wishes for the dude when he was starting up with this Essential phone, but during the announcement or interviews near launch, he was with Walt Mossberg, and certain questions he responded to with some very unnecessary and odd criticisms of Apple. Wish I can recall what exactly it was, but in my books he lost a lot of credibility with how he was speaking at that time.

Not surprising anyway that Essential is done.
Click to expand...

I recall that on Re/Code with Walt.

the other issues I saw was:
He invented or co invented the SideKick/Hiptop OS (Danger, Inc) and left that shortly before it went bust a few years later at T-Mobile. In the tech industry we called it Then Ghetto Blackberry’ lol having supoort calls at T-Mobile L2 where a drug dealer called to have the Sidekick 2 (just launched) added to his account and hearing “shoot I locked it in my car, hold up (crash: broken car window) ... “ hilarious times.

the other issue was Rubin former alumni of Google makes HUGE cash so why did he need funding to launch the product and business before shipping, for nearly two years before the Oh-1 was announced.
He still gets Google royalty - anyone with a new Gmail account still sees the greeting first email with his name in the signature field.

yeah good promise but that interview he avoided a lot of specific questions he should’ve answered.

msp3 said:
Isn't Andy Rubin the no-talent hack that came up with Android by copying BlackBerry, and when the iPhone came out they scrapped the whole idea to make a bad copy of iOS? I remember there was some article describing the events around the original iPhone launch and why Steve Jobs was so livid at this guy
Click to expand...

oh crap I forgot about that!
It’s like Jobs was plagued with this kind of situation ... like Mac OS and Windows all over again.

QCassidy352 said:
But what you’re describing IS competition working. That force you speak of is called the free market. Those other mobile OSes died off because they got out-competed. And now the two that the market chose are what remains.
Click to expand...

Not completely. Other mobile OS’ has poor direction and very greedy management - Nokia and their S60 (SymbianOS) was split off after a few years into Symbian and it had a chance yet took tooo long to evolve and deliver as an open source or open community. The hardware manufacturers where interested yet nothing solidified because they already were courted by Google’s Android as a clean slate vs Symbian being broken down and rebuilt from base layer.

Microsoft also had a hand in the duopoly as well when they purchased Nokia only to tear it down (mobile division).

BlackBerry again greedy management (CO CEO founders) just didn’t open up their minds ... they just didn’t get it - BB Storm was evidence of that. They thought the corporate market was the end all and be all. I thought Bb10 had a chance and like Microsoft to Nokia BlackBery also had an internal Trojan horse: head of development team chose to use an app for Android developers to run their apps to create a crude BB10 app to speed app development. It just made matters worse.

Newton/CloudMagic was such a great app continuously run by a wholly incompetent business, even before the takeover. It’s a pity. It was miles ahead of anything else but I stayed away from it after they shuttered the first time.
Reactions: dabotsonline

redman042 said:
The smartphone industry has matured to the point that disrupting it or even getting a meaningful slice of the pie is essentially impossible now. I don't care what innovations a startup thinks it can bring, that is until someone figures out how to have holograms project into the air above your device or something at that level.
Click to expand...

Totally agree with this.

The only thing people are buying now is the software. Even the cameras don't matters because when you upload your photos to whatever social network, the photo is compressed and manipulated so the quality is reduced anyway.

We won't see actual innovation for years and years to come.
Reactions: compwiz1202

They must have sold all their stock. All four of them.

Can't say that I'm surprised at the failure. There was so much hype, and promise, but when the phone came out there was way too many issues and the phone itself wasn't really markedly different then the competition.

Right, because Apple waited for the Essential Phone to be released and then rushed to design, develop and release the iPhone X 2-3 months later. That is how design works at Apple, NOT!
Reactions: H3LL5P4WN

I can definitely say that one problem the company had was marketing. I had no idea.

Everyone in the company will bounce back.
Reactions: compwiz1202

pilsanity said:
Bummer. I loved the Newton app. Nothing else has snooze to desktop. What does everyone else use?
Click to expand...

Daniel James said:
Even the cameras don't matters because when you upload your photos to whatever social network, the photo is compressed and manipulated so the quality is reduced anyway.
Click to expand...

No, that's only on android: 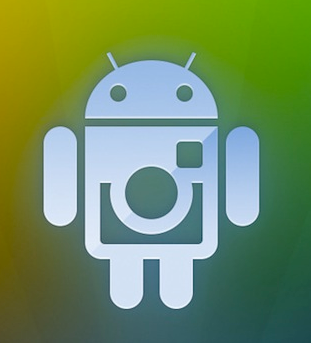 A Look Into Instagram's Compression Quality

Discover if Instagram's bad compression quality for Android is a consequence of platform limitations or Instagram's developers' deliberate doing.

And before anyone whines about the article being from 2015... no one has ever followed up to prove that this soul-crushing, os-level compression has ever been corrected.

maflynn said:
Can't say that I'm surprised at the failure. There was so much hype, and promise, but when the phone came out there was way too many issues and the phone itself wasn't really markedly different then the competition.
Click to expand...

Aside from the fact that it brought an iPhone level of build quality and fit and finish to the android side of the fence.

DaRev said:
Right, because Apple waited for the Essential Phone to be released and then rushed to design, develop and release the iPhone X 2-3 months later. That is how design works at Apple, NOT!
Click to expand...

I didn’t really say that, but ok. Just noted they managed to be, I think, the first to release a notched display.

the picture of unreleased phone looks like a fancy tv remote

First phone to introduce notch and Titanium frame in mobiles! Thought some one else bought the company! Really feeling sorry for the Android inventor''s new venture did not go through!

Newton Mail was hilarious charging for security & privacy! They should have gone after enterprises instead of consumers!

I liked Essential for its simple stock interface. Sad to see it go but a good decision nonetheless.
Reactions: leftoverbacon

cmaier said:
Well, there was also this stuff: https://www.buzzfeednews.com/article/ryanmac/andy-rubin-court-complaint-lawsuit-rie-divorce-google
Click to expand...

Buzzfeed is hardly reliable, but yea. The dude is a scumbag

Not exactly Blackberry going under, but I'm sure someone's mother is crying somewhere ...
K

I wanted to subscribe because I loved the app but the price is ridiculous.
Now I find out they kill it again... this is mental....

I really wish they sell it to someone who can make it appear at a more reasonable pricing and it's optimized for Catalina.
Fingers crossed.
Reactions: compwiz1202
C

TracesOfArsenic said:
It's a nice looking phone (I'm a big fan of chamfered edges) and less competition is never a good thing so this sucks.
Click to expand...

Yea need something to stop this endless upward spiral of smartphone pricing. $1600 now for a 512 Flagship?! How soon until it's 2k, 3k, 10k...…….
Reactions: TracesOfArsenic
N

I have the PH-1 (PH-ONE - get it?). It was really great in alot of ways. I really liked the build quality and form-factor, with flat sides instead of this silly rounded business that most other companies are doing these days. I loved the solid, flat slab feel of it.

I think a PH-2 could've addressed alot of people's issues with the original, but they oddly decided to go in a completely different direction in phone design with the GEM. I still cannot see how that was a good idea. It appeared to operate pretty much exactly like a 'normal' phone, but with a really narrow/long design which would've probably been awkward to put in a pocket etc.

I picked it up after it went on sale, so obviously I think it was great value, but I don't think the original price of $699 was as bad as people made it out to be - at least after the $999 iPhone X came out. Sure it lacked some things the iPhone X had like water-resistance, and OLED display and wireless charging. But while $699 was a huge price for a phone when the PH-1 launched, just a few months later Apple opened the flood gates for the $999 (starting) price normality. But I guess that was all it took to sink the PH-1. Well that and the initial camera issues..
C

narcolpetic-haze said:
I think a PH-2 could've addressed alot of people's issues with the original, but they oddly decided to go in a completely different direction in phone design with the GEM. I still cannot see how that was a good idea.
Click to expand...

It apparently wasn’t. But since hardly anyone bought the PH-1, they probably didn’t think that incremental iterations on that were going to get them anywhere either.
A

Too bad, but expected. Essential was a very nicely built phone. I bought one during a sale at 50% off. The construction was very precise and very high quality and would give Apple a run for its money. But competing with the likes of Samsung and OnePlus would not be easy.

This reminds me of the failure of Pebble Watches...
Reactions: leftoverbacon

Sell that off to Google.
C

nickdalzell1 said:
This reminds me of the failure of Pebble Watches...
Click to expand...

Still they couldn't get any headway and kept relying on kickstarter until the bitter end when Fitbit came.

Ursadorable said:
Never heard of Essentials, or Andy Rubin. Must be some serious Apple related news.
Click to expand...

To announce that you've never heard of Andy Rubin is wild. He's the original creator of Android, bought by Google, that little OS used on nearly every other mobile phone. Not Gates, Jobs or Musk level 'famous', but a tech industry name that's as common-knowledge as Steve Ballmer.
You must log in or register to reply here.
Share:
Facebook Twitter Reddit Email Link
Top Bottom