Over the past week, both reviewers and customers lucky enough to have the iPhone X in their hands have shared fun, humorous videos of Animoji in action, ranging from goofy voiceovers to full-out music videos.

Animoji, for those unaware, are custom animated characters that use your voice and mirror your facial expressions captured by the iPhone X's new TrueDepth camera system. You can even record yourself as a Pile of Poo.


The idea was conceived by technology reporter Harry McCracken, who decided it might be fun to lip-sync a song and have an Animoji character mimic his performance. From there, similar videos have spread on social media.

To create your own Animoji Karaoke, play a song loudly enough for it to be picked up by the iPhone X's microphone while lip-syncing. After messaging the Animoji, tap on it, and tap on the iOS share sheet to save it as a video.


A few people have gone a few steps further by stitching together multiple Animoji clips and editing in some other post-production effects.

Animoji might end up being a gimmicky feature that fades over the coming months, but for now, Apple is certainly benefitting from a wave of free viral marketing. If you see a singing fox in your timeline, now you know why.

It is fun, I did Creep by Radiohead.

What have we become? $1145 to play with animated emoji.
Reactions: Diving Capers, Synchro3, old-wiz and 62 others
Comment

I know people like to make fun of this new "feature" but it's actually quite cool.
Reactions: ZebraDude, Amazing Iceman, femike and 26 others
Comment

I agree. It is quiet cool and it is almost 2018. kudos to Apple to make such an amazing device that will shape the industry
Reactions: LandRovers, Solomani, ex0dus1985 and 7 others
Comment
M

And some of you thought this would be a useless feature.
Reactions: Royal Gala, Prof., LandRovers and 5 others
Comment
A

mozumder said:
And some of you thought this would be a useless feature.
Click to expand...

it will be, animated poop is a gimmick, like a spencer store thing
Reactions: Jakob Knutsen, Glideslope, MyMacintosh and 5 others
Comment

It's a gimmick, but the videos put me in a good mood. Nothing wrong with a little fun.
Reactions: arkhanjel, yunzan, Ankaa and 56 others
Comment

It’s fun. Don’t be such a killjoy.
Reactions: Diving Capers, zooby, vowell1055 and 64 others
Comment
G

Yes. Because this is the only thing, and I mean only, that people paid for.
Reactions: vowell1055, linkmaster02, Ghost31 and 18 others
Comment

dannys1 said:
It is fun, I did Creep by Radiohead.

Rogifan said:
It’s fun. Don’t be such a killjoy.
Click to expand... 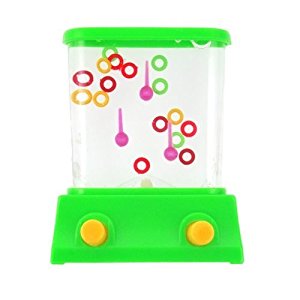 these were fun for a short while too
Reactions: Synchro3, dan110, NZAppleFan and 24 others
Comment

I find this incredible. Wish I had the time to do it myself. Laugh people, have a little fun. Hope Apple pays some of these folks and uses them in a commercial.
Reactions: GrumpyMom, vowell1055, coolfactor and 11 others
Comment
S

Yeah, I'm not plopping down $1000+ just for this.
Reactions: Techmaestro, Dopestar, Bethanie21 and 1 other person
Comment

Joe Rossignol said:
It's a gimmick, but the videos put me in a good mood. Nothing wrong with a little fun.
Click to expand...

Great free marketing for the X. I wonder if something like this could be integrated into the Clips app?
Reactions: RohirrimV and tkermit
Comment
B

I agree Apple one of the most creative companies in the 1970s and now the bloated bosses get excited about emojis. Oh my days. What's gone wrong with society?
Reactions: dan110, LauraJean, drewyboy and 2 others
Comment

The thing I hated most, kinda the most fun part of the iPhone X so far.... that notch and gestures I'm still combing to terms with. Faceid works very well though.....though more we read, seems to be unlocking for most families
Reactions: Delgibbons
Comment

I have to say the Bohemian Rhapsody made me laugh. My kids absolutely love the animated poop emoji and recorded a ton of different video to send to friends last night. I think they think its the greatest achievement in the history of technology. And I'm enjoying the rest of the phone.
Reactions: Amazing Iceman, RuralJuror, wilhoitm and 9 others
Comment

‘Stupid gimmick’ or not, I don’t care, that Bohemian Rhapsody one was genius! Apple should use it and pay whoever made it a handsome sum, just need to put an Apple logo at the end and you have one amazing ad.
Reactions: rctlr, Ankaa, RuralJuror and 17 others
Comment

Right because this is the only thing the X can be used for.
Reactions: Ankaa, RuralJuror, SoN1NjA and 19 others
Comment
B

DancinDatzuk1 said:
I find this incredible. Wish I had the time to do it myself. Laugh people, have a little fun. Hope Apple pays some of these folks and uses them in a commercial.
Click to expand...

Having fun would be discovering the great outdoors not this materistic s**t!
Reactions: MorganHiller
Comment

dannys1 said:
It is fun, I did Creep by Radiohead.
Click to expand...

(One of my favorites songs, from a favorite band)

It's not like, cost = that_one_function ... it's a little fun feature to kind of demo the facial scanner.
Reactions: columbiaDweller, DavidBoy, KrispE00 and 3 others
Comment
R

Macrumors’ obsession with emojis is strange.
Reactions: LauraJean, drewyboy, ziggy3055 and 4 others
Comment

BODYBUILDERPAUL said:
Having fun would be discovering the great outdoors not this materistic s**t!
Click to expand...

Why can you not do both? Why are you on here reading and posting on this “s**t” when you could be off the grid eating with the bears?!
Reactions: himanshumodi, dblguarantee, RuralJuror and 37 others
Comment