"HBO GO and WatchESPN are some of the most popular iOS apps and are sure to be huge hits on Apple TV," said Eddy Cue, Apple's senior vice president of Internet Software and Services. "We continue to offer Apple TV users great new programming options, combined with access to all of the incredible content they can purchase from the iTunes Store."
Click to expand... 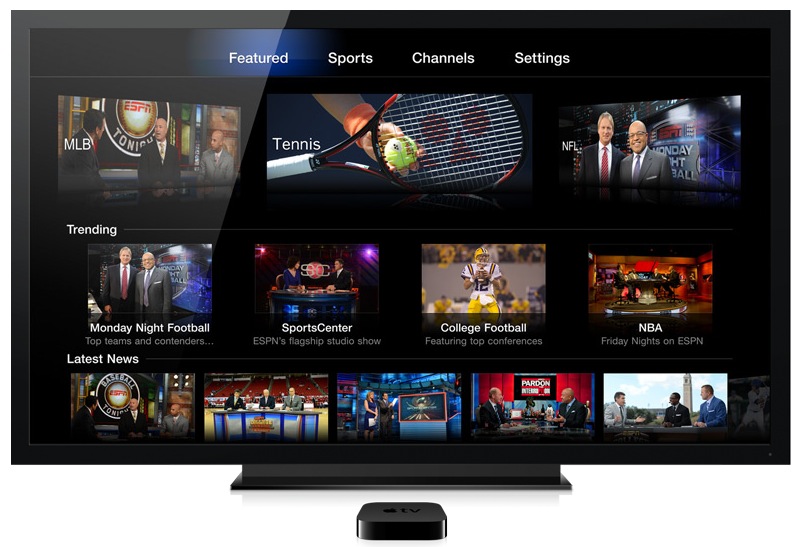 WatchESPN and HBO GO require that customers be subscribed to appropriate cable TV services, while Sky News offers free live streams and numerous video clips to users in the US, UK, and Ireland.

It was reported over a year ago that Apple was in talks to bring WatchESPN to the Apple TV, while claims of HBO GO talks surfaced earlier this year.

The update arrives as Apple TV software version 5.3 and is available now for the second- and third-generation Apple TV.

As part of its press release, Apple also disclosed new statistics on iTunes Store video usage, noting that users have purchased over a billion TV episodes and 380 million movies, with current rates of over 800,000 TV episodes and over 350,000 movies per day.

It's about time!
T

It's a shame that HBO Go is cable subscriber only.
D

But no Amazon instant.
O

Great news for the Apple TV.

Watch ESPN is such a joke not working with Dish or DirecTV.

Thank you! I have been waiting a long time for HBO GO on my

Does it work if you're a DirecTV or Dish subscriber?
V

Super easy workaround ... Just ask a friend who subscribes to cable and has HBO to let you use his login.
Last edited: Jun 19, 2013
D

Lets be honest guys, this is pretty much like having an App Store for the Apple TV with a couple compromises:

-Eddy Cue manages the account for all of us.
-We don't really get a choice over what apps are downloaded.

Down the rabbit hole

They're moving in the right direction, just doing it very slowly.
C

HBO GO is all on-demand content. Every movie currently shown by HBO, and every episode of every series they've made, available on demand.

You took the words out of my mouth Great to see more content added, still waiting for Amazon ...

Rogifan said:
Does it work if you're a DirecTV or Dish subscriber?
Click to expand...

I know it does for DirecTV
S

All nice - still such a strange device for apple = kind of like "we care a bit about this, but not that much". They could make it SO SO good if they wanted to as well!

You have instant access to all their movies and every season of their original programming. That's something.
J

You can watch all the shows through AppleTv now on demand, which is preferable to me over using my cable box...
M