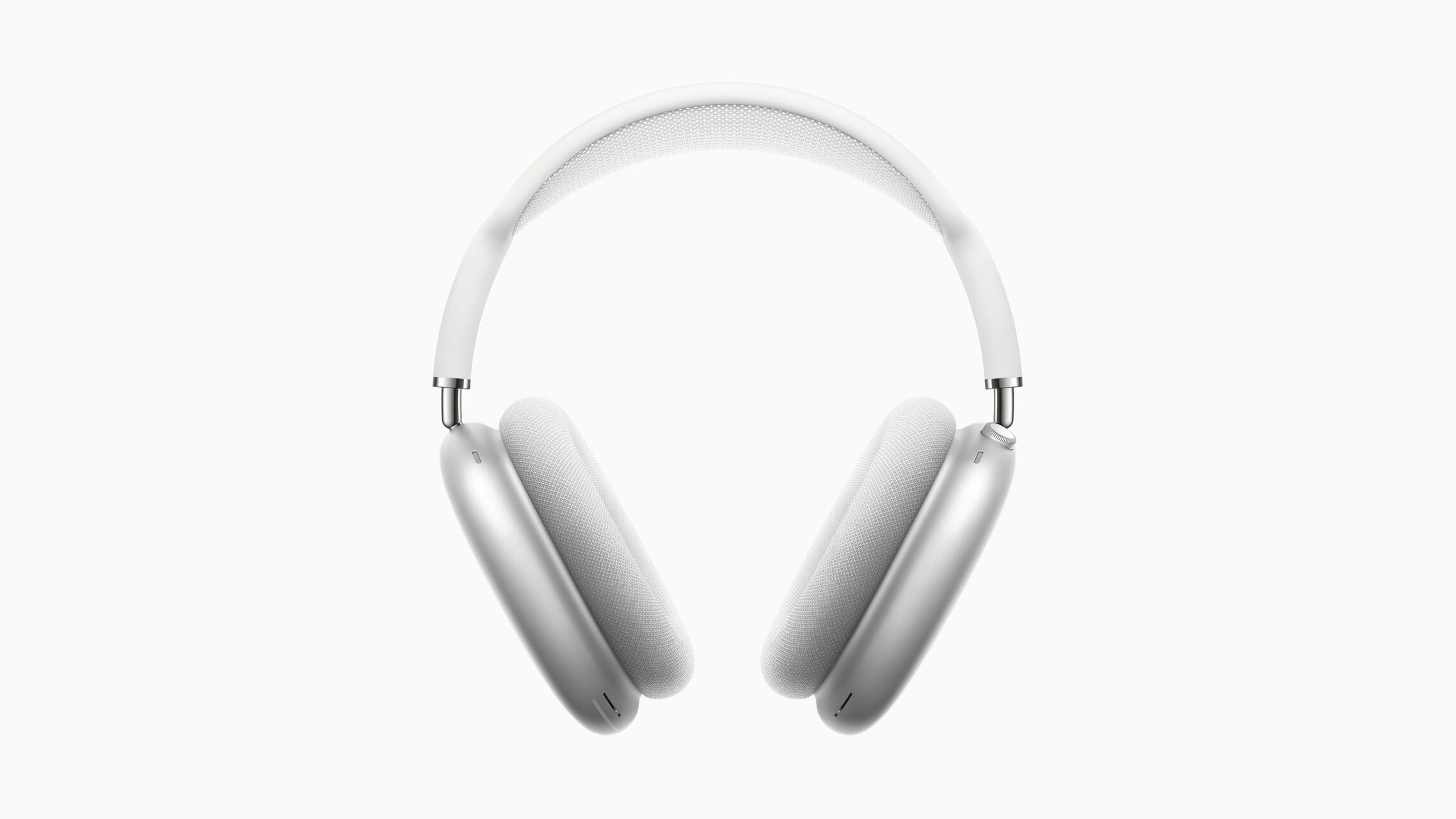 
Subscribe to the MacRumors YouTube channel for more videos.​
Apple says the ear cups have acoustically engineered memory foam to create an effective seal, and the telescoping stainless steel headband arms smoothly extend and then stay in place to maintain the desired fit on your head.

Similar to the Apple Watch, AirPods Max feature a Digital Crown on one ear cup for precise volume control and the ability to play or pause audio, skip tracks, answer or end phone calls, and activate Siri voice control. There's also a noise control button for switching between Active Noise Cancellation and Transparency mode, which lets some outside sound in so you can interact naturally with your surroundings. 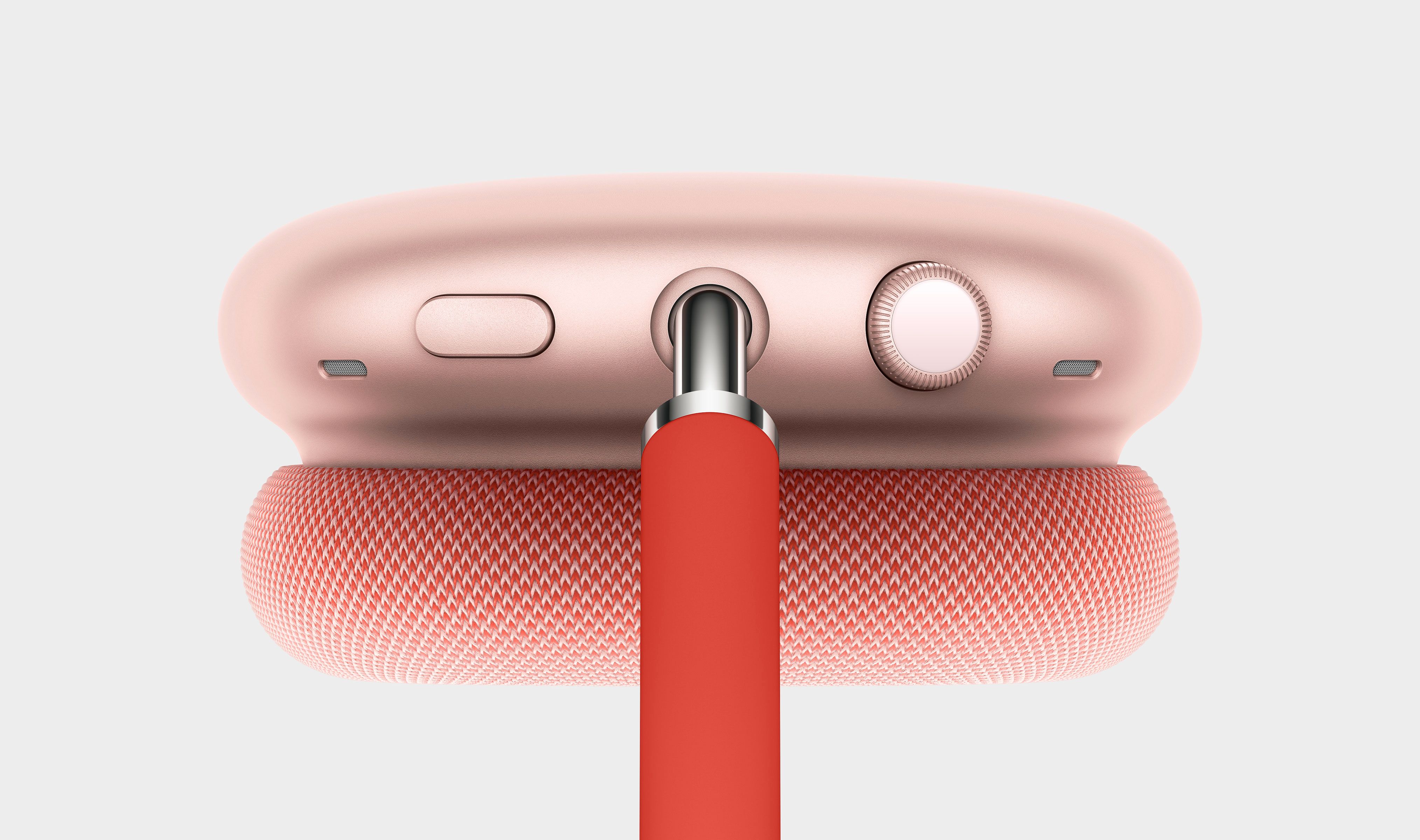 AirPods Max feature up to 20 hours of battery life with Active Noise Cancellation and spatial audio enabled — fine print reveals that Apple had volume set to 50% during its testing. Apple says a five-minute charge delivers 1.5 hours of listening time.

As with other AirPods models, AirPods Max have one-tap setup and automatic pairing with all the devices signed in to a user's iCloud account, including the iPhone, iPad, Mac, Apple Watch, and Apple TV. AirPods Max have built-in optical and position sensors that automatically detect when the headphones are on someone's head. Once in place, AirPods Max play audio and can pause once removed, or when the user lifts one ear cup.

- Adaptive EQ: AirPods Max use Adaptive EQ to adjust the sound to the fit and seal of the ear cushions by measuring the sound signal delivered to a user and adjusting the low and mid-frequencies in real time — bringing rich audio that captures every detail.

- Active Noise Cancellation: AirPods Max deliver immersive sound through Active Noise Cancellation so users can focus on what they are listening to. Each ear cup features three outward-facing microphones to detect environmental noise, while one microphone inside the ear cup monitors the sound reaching the listener's ear. Using computational audio, noise cancellation continuously adapts to the headphone fit and movement in real time.

- Transparency Mode: With AirPods Max, users can switch to Transparency mode to simultaneously listen to music while hearing the environment around them — ensuring everything, including a user's own voice, sounds natural while audio plays perfectly. Switching between Active Noise Cancellation and Transparency mode can be done with a single press using the noise control button.

- Spatial Audio: AirPods Max use spatial audio with dynamic head tracking to place sounds virtually anywhere in a space — delivering an immersive, theaterlike experience for content recorded in 5.1, 7.1, and Dolby Atmos. Using the gyroscope and accelerometer in AirPods Max and iPhone or iPad, spatial audio tracks the motion of a user's head as well as the device, compares the motion data, then remaps the sound field so it stays anchored to the device, even as the user's head moves.
Click to expand...

For phone calls and Siri commands, beam-forming microphones help to block out ambient noise and focus on the user's voice.

AirPods Max come with a carrying case called the "Smart Case" and a Lightning to USB-C cable in the box. Apple says the Smart Case puts the AirPods Max in an ultra-low power state that helps to preserve battery charge when not in use.

AirPods Max are launching in the United States and more than 25 other countries and regions, with shipments set to begin arriving to customers on Tuesday, December 15. AirPods Max can be ordered on Apple.com starting today.

These are pretty nice! 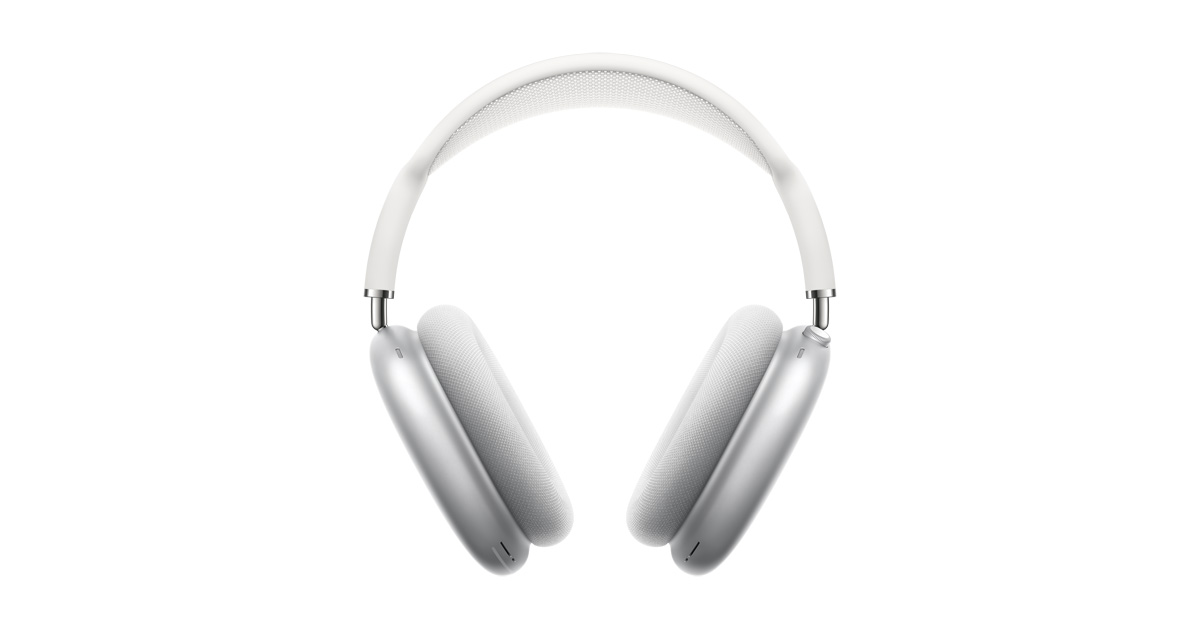 Apple introduces AirPods Max, the magic of AirPods in a stunning over-ear design

AND IT DOESNT EVEN HAVE A KEYBOARD -Steve Ballmer (probably)

Press photos show each ear cushion labeled with the correct L and R side. So the rumors suggesting it would determine which ear is left and right was wrong.
Last edited: Dec 8, 2020
Reactions: _blackbird_, pankokot, BimBamSmash and 72 others

Huh. The rumors were right. That price though
Reactions: brandonboo20, _blackbird_, HengenJL and 34 others

That price made me go ???
Reactions: PaladinGuy, _blackbird_, Dekema2 and 52 others

The old Beats headphones with noice cancellation were only 349?
Reactions: iGüey, surf2snow1, Predef and 11 others
N

Now, Apple! If you don’t stop it with that price! What in the world!
Reactions: _blackbird_, davidec, Kastellen and 34 others

and I got up to see this
Reactions: tridley68, DamoTheBrave, Zerlina and 8 others
D

I'm okay with the price tag.

But if and only if it's lossless on Wireless (at least 44khz 16 bit without any lossy compression, as I'll use it with Tidal)

But if for this price tag I get a 256kbps AAC recompression as with the standard airpods, then no, thanks, I wouldn't even buy for $100.
Reactions: MickeyAlexander, Caladbolg, AppliedMicro and 101 others

550. It probably has an M1 chip
Reactions: MacRealist91, Coolkiwi, _blackbird_ and 27 others

AirPods Pro sound good to me, what would be so good to make this worth £550
Reactions: dsmill, TakeshimaIslands, snipr125 and 9 others

Nicer than the mock ups, but I’d wait for a substantial sale before considering these.
Reactions: Howyalikdemapls, MacRealist91, h3ysw5nkan and 17 others
S

That sketch artist was actually right
Reactions: cast1glion1, Zerlina, ModusOperandi and 13 others
C