The new optional Dark Mode lets users shift their desktop to a darkened color scheme that touches almost every part of the OS, including System Preferences, Messages, Mail, Maps, Photos, Calendar, and more. Developers will be happy to learn that the newest version of Xcode coming in Mojave also supports the new Dark Mode, and Apple is making an API available so developers can implement Dark Mode in their own apps. 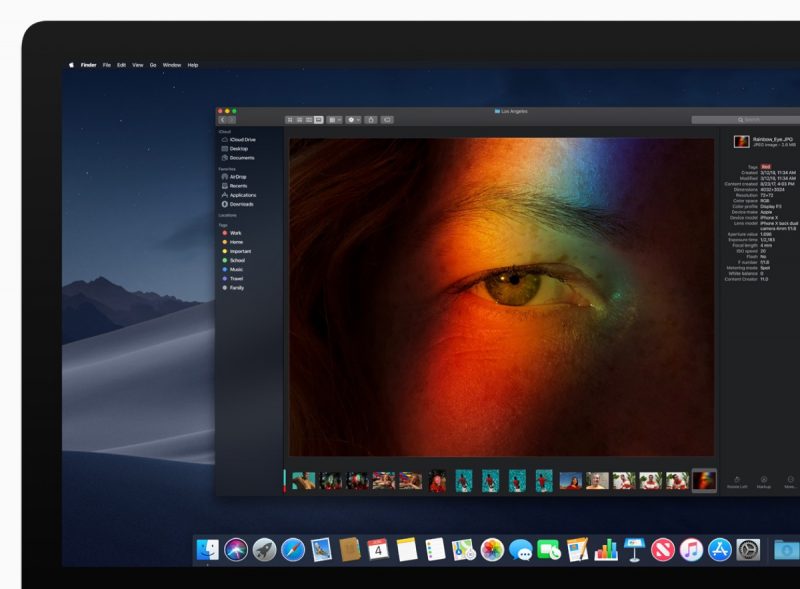 "macOS Mojave is a major update that introduces powerful new features for a wide range of Mac users, from consumers to pros," said Craig Federighi, Apple's senior vice president of Software Engineering. "Dark Mode brings a dramatic new look to macOS that puts your content front and center, familiar iOS apps come to the Mac for the first time and the redesigned Mac App Store makes finding new apps easier and more enjoyable than ever."
Click to expand...

Meanwhile, a new Desktop Stacks feature is designed to keep your desktop more organized. The new Stacks feature organizes messy desktops by automatically stacking files into neat groups based on file type. Users can customize their Stacks to sort based on other file attributes like date and tags. 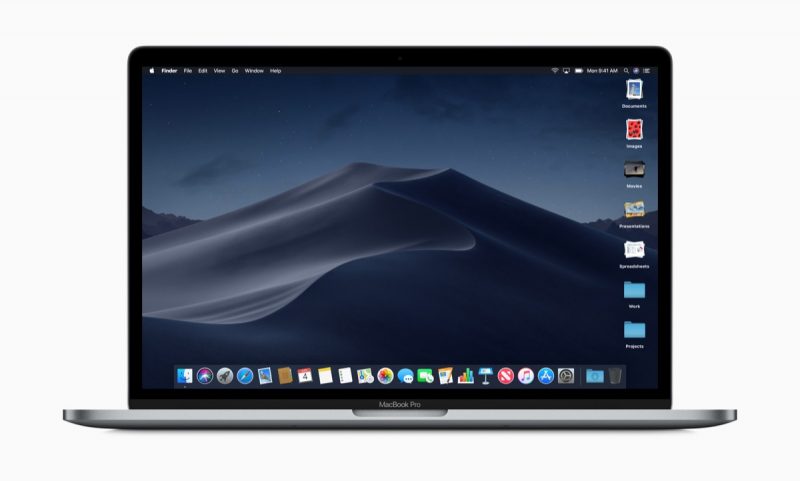 In addition, a new Gallery view for Finder makes it easier to preview files visually, including images, video, presentations, spreadsheets, PDFs, and more. It also comes with a new Finder sidebar that offers media metadata and Quick Actions, which allow users to do things like create and password-protect PDFs and run custom Automator Actions on files.

Finder's Quick View has also been updated with new Markup tools, and will allows users to rotate and crop images, mark up PDFs, and trim video and audio clips without ever opening an app. 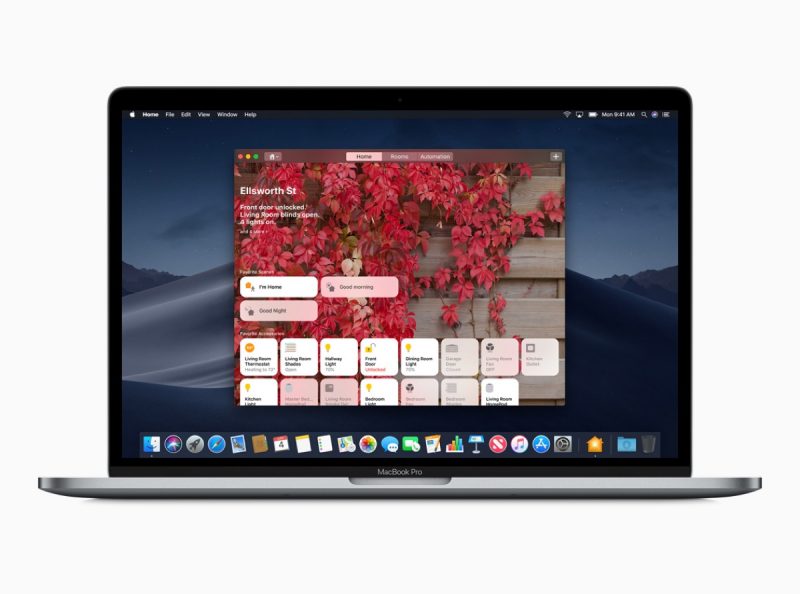 macOS Mojave also introduces desktop versions of a number of iOS apps, including News, Stocks, Voice Memos and Home. The apps were were brought to Mac using iOS frameworks that have been adapted to macOS. Apple says that starting in late 2019, these additional frameworks will be available for developers to bring their iOS apps to macOS.

An all-new redesigned Mac App Store is also coming with macOS Mojave. Like the iOS App Store, the redesigned Mac App Store has a new look and includes rich editorial content to help app discovery. The new design also highlights new and updated apps in a Discover tab, while tabs for Create, Work, Play and Develop aim to help users find apps for a specific project or purpose. 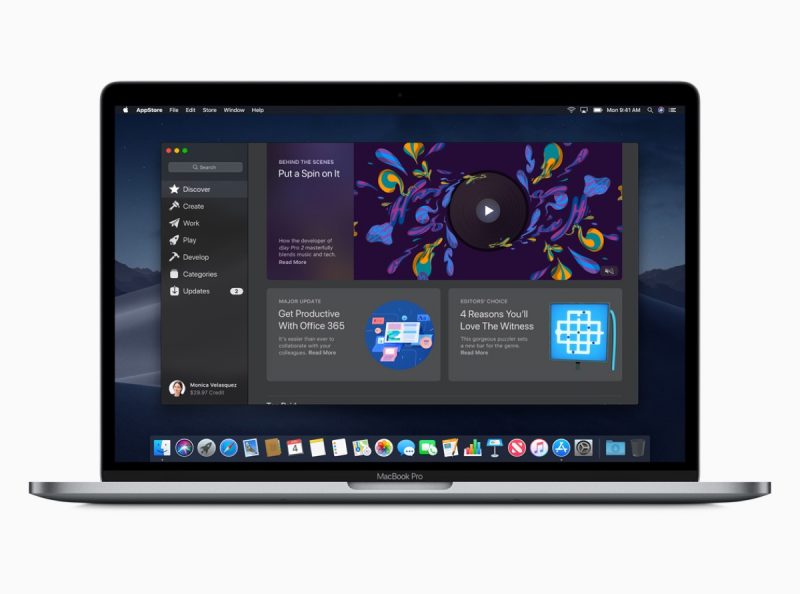 Apple has also focused on improving security and privacy in macOS 10.14. For example, the new Safari browser includes enhanced Intelligent Tracking Prevention to help block social media "Like" or "Share" buttons and comment widgets from tracking users without permission.

In addition, Safari now presents simplified system information when users browse the web, preventing them from being tracked based on their system configuration. In another security measure, Safari will automatically create, autofill, and store strong passwords when users create new online accounts, and flag reused passwords so users can change them. 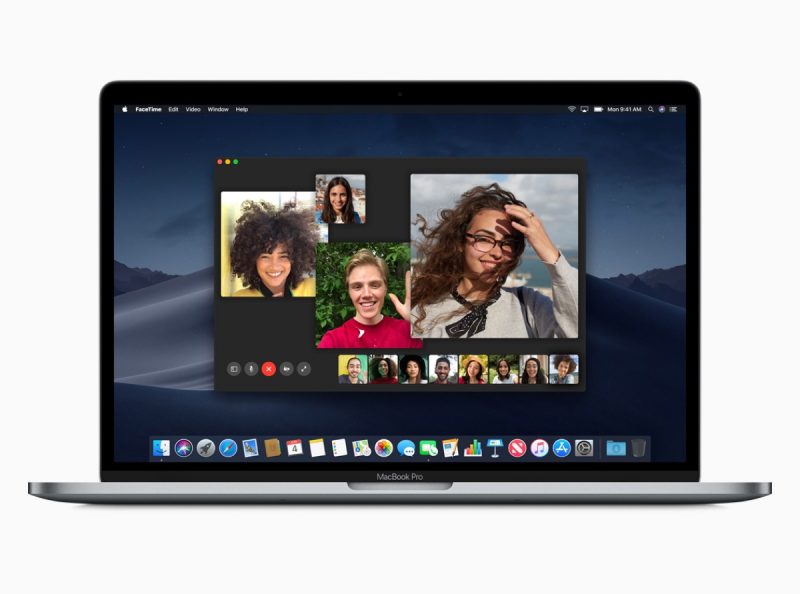 Group FaceTime is another feature exclusive to macOS Mojave, and enables users to initiate chat sessions with up to 32 people at the same time. FaceTime users can also join later if a conversation is still active and choose to join using video or audio from an iPhone, iPad or Mac, or using FaceTime audio via Apple Watch. Group FaceTime is also available on iPhones and iPads running iOS 12.

Elsewhere, in an extension of Apple's existing Continuity features, a new function called Continuity Camera allows the Photos app in macOS Mojave to access still shots and video captured from nearby iOS devices. Screenshots in macOS will also include new on-screen controls for accessing existing but hidden screenshot options as well as new video recording and photo editing capabilities.

macOS Mojave will be available this fall as a free software update for Macs introduced in mid-2012 or later, plus 2010 and 2012 Mac Pro models with recommended Metal-capable graphics cards.

Don’t know about you guys but I’m Going Dark from Day 1!
Last edited: Jun 5, 2018
Reactions: SackJabbit, macguru212, audiophilosophy and 12 others

No dark mode on iOS? or did they just not announce it because it was a flagship feature for macOS?
Reactions: b.lance0823, Daveydawg, audiophilosophy and 6 others

jmh600cbr said:
No dark mode on iOS? or did they just not announce it because it was a flagship feature for macOS?
Click to expand...

No dark mode for iOS. Only for macOS. Doesn’t seem Apple will ever introduce dark mode to iOS.
Reactions: b.lance0823, Internet Enzyme, Glockworkorange and 2 others
A

Relentless Power said:
No dark mode for iOS. Only for macOS. Doesn’t seem Apple will ever introduce dark mode to iOS.
Click to expand...

you don't know that yet. just wait until the developer beta is out. they showed screenshots with dark notifications.
Reactions: b.lance0823 and ex0dus1985
A

finder Gallery mode is a feature I remember using in Windows XP. :/
Reactions: episodex, pratikindia, c0ppo and 1 other person

jmh600cbr said:
you don't know that yet. just wait until the developer beta is out. they showed screenshots with dark notifications.
Click to expand...

So you’re indicating because they showed some screenshots with dark notifications, there will be dark mode in iOS? Clearly there is no dark mode in iOS at this point.
Reactions: b.lance0823, Internet Enzyme, ILikeAllOS and 2 others 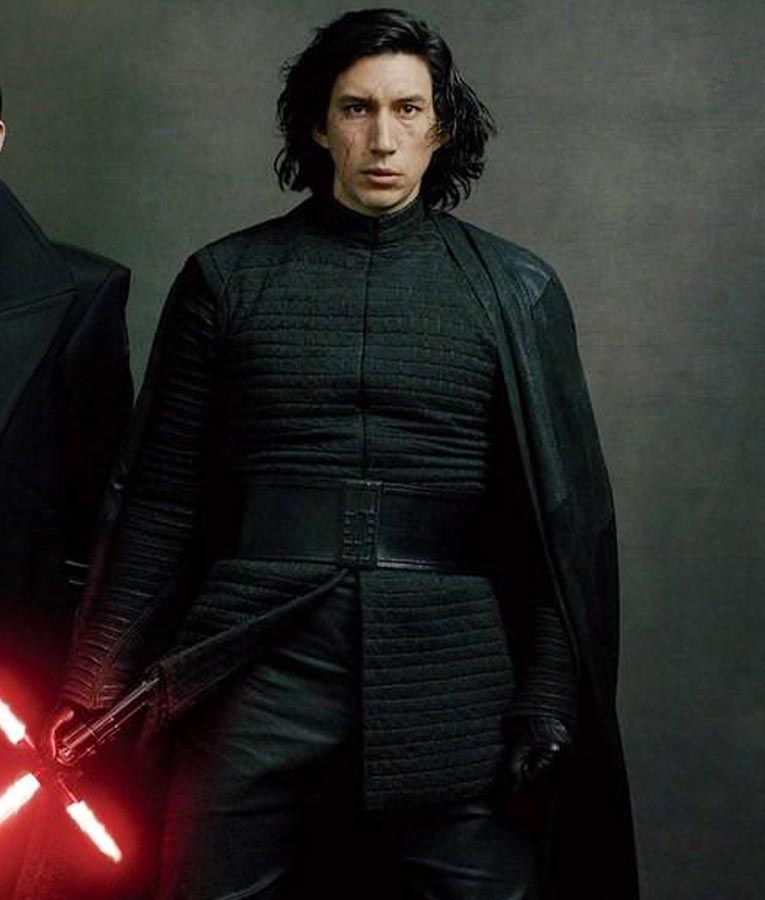 I’ll take it for Mac. Won’t download it day 1 though.
Reactions: ex0dus1985 and TheGenerous

It looks so damn nice... I'm running Windows 10 17682 and the dark theming is just a complete mess i Windows 10. This looks great!

But is just a shame to not have it for iOS as well. Especially considering the OLED screens... I guess it might come with the rumoured springboard update and re-design that got pushed back to iOS 13.
Reactions: ex0dus1985

Is airplay 2 coming to macos i wanna use youtube without lag
Reactions: !!!

Hopefully a tighter macos version than this current one!
Reactions: Abraxa, lostczech and Mal Blackadder

Mojave looks nice with Dark Mode!! But I won’t update until all bugs are fixed (summer 2019)
Reactions: lostczech, ex0dus1985, c0ppo and 3 others 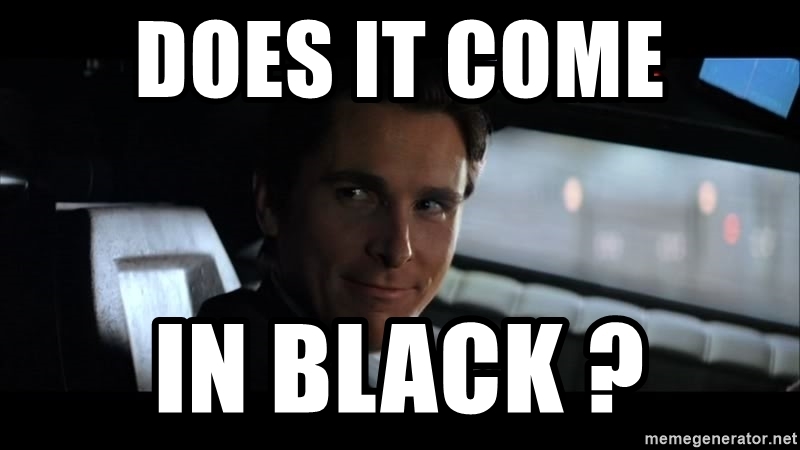 Some pretty good updates for OSX, finally. Depending on how good the implementation for ML is, that could be a winner.

Did they say which Macs are supported??

WatchTheThrone said:
Did they say which Macs are supported??
Click to expand...

jmh600cbr said:
you don't know that yet. just wait until the developer beta is out. they showed screenshots with dark notifications.
Click to expand...

It would have been a tent pole feature. It’s crazy how macOS has dark mode, watch os is always dark, and tv os even has a dark mode, yet they just continue to omit it from iOS. It’s not like we got any other useful features, just more stupid gimmicks and the same old boring homescreen that virtually unchanged from iOS 1.
Reactions: Daveydawg, audiophilosophy, dpjkillian and 2 others

WatchTheThrone said:
Did they say which Macs are supported??
Click to expand...

In 2016 during the MacOS part of the keynote, they flashed a slide with the new system requirements at the end. Since that didn't happen today, it seems very likely that all the same Macs are supported (as is the case on iOS as well), which is great news.
Reactions: ErikGrim
You must log in or register to reply here.
Share:
Facebook Twitter Reddit Email Link
Top Bottom