As noted by The Next Web, Apple late yesterday approved an update to the Mac app FolderWatch [Mac App Store] that lists "Retina graphics" as one of the changes.

The report suggests that the application's developer may possibly have been given advance notice of Retina Mac displays by Apple, but we believe that to be unlikely and assume that the developer included the improved graphics based on circulating rumors and Apple's existing HiDPI modes quietly built into its recent operating system versions. Supporting the latter speculation, the developer issued a Tweet earlier today indicating that the "Retina" claim simply refers to the HiDPI mode already seen in OS X.

Still, Apple approved the update with "Retina graphics" listed as the first bullet point in the "What's new" section regarding the update, suggesting that the mention was at least seen by reviewers who approved the update as it was submitted. Consequently, the move is gaining significant attention as a potential signal from Apple itself that Retina-capable Macs are on their way next week.

Of course, it is unlikely that even Apple's Mac App Store reviewers have been briefed on upcoming Mac capabilities, so we hesitate to make too much of the news at this point.

Apple is expected to introduce a Retina 15-inch MacBook Pro at a minimum next week, with the feature expected to make its way into Apple's other display-equipped Mac models over time.

Panic did the same with Coda 2. Just done on the assumption.

Helpful if you use the iPad 3 as an external display. No news here.
I

Oh and first, not that it matters.
Click to expand...

How can you be pretty sure? it seems to me it means something.
S

Developers can type whatever they want in the what's new field and in my experience reviewers seldom say anything about what is listed.

It's not very hard to support "Retina" displays on OSX. Doesn't mean that they're coming, I could have added "support" to my games 6 months ago.

iGawain said:
How can you be pretty sure? it seems to me it means something.
Click to expand...

Neither the developer who submitted it nor the reviewer who approved it knows what hardware is coming, so no, it really doesn't mean anything.
T

if any of those minor developer could get any hint on those retina display, it would be all over the place in a matter of minutes... just a trick to get some publicity.
S

Apple's Apps already have HIDPI options that you can code for, and you can build in "retina" display elements with your own apps in xcode that will be used if HIDPI mode is toggled.

People are just getting ready, is all.
M

I fully agree with this quote..."How will they be aware of the implementation".

I think this is just a promotional stunt with providing Retina graphics in What's new!!!

If i had an App, I'd do the same thing. Free advertising on MR
A

macandiPhone said:
I fully agree with this quote..."How will they be aware of the implementation".

I think this is just a promotional stunt with providing Retina graphics in What's new!!!

And off-course Apple reviewers havent checked it.
Click to expand...

HiDPI is "retina-mode" on the desktop. There is no mystery as to how things will be implemented.
S

It is possible to change "What's new" after the Apple review

We as a developers can change What's new and app description after app is reviewed and ready to sale, so that the assumption that review team had to accept this retina graphics note is wrong. 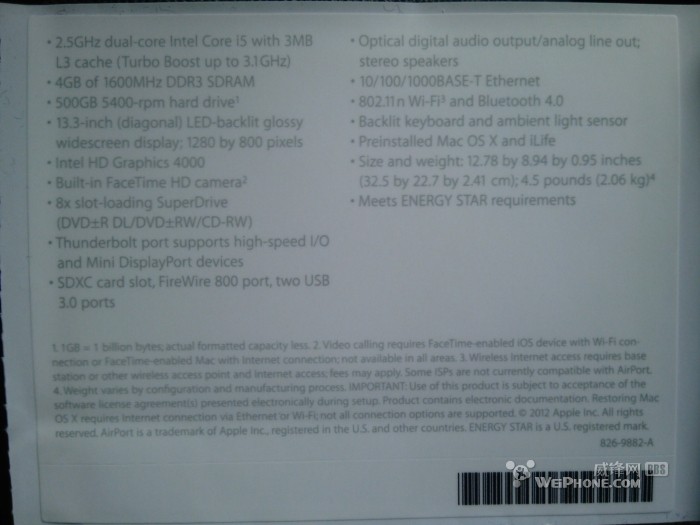 it merely listing. developers are free to list whatever they want as long as it does not violate the app store rule.

it seems the "future" is high resolution (retina is a really bad term in my opinion).

BTW, "Apple is expected to introduce a Retina 15-inch MacBook Pro at a minimum next week", they could introduce it today or any day of the weekend, so the minimum isn't next week.

Wait, it's just one app? 9to5 made it sound like multiple apps.

This means nothing. Good developers are prepared. The writing has been on the wall for a while.
C

If what you are getting sucks ass then dont buy it. Problem solves itself kinda.

How are rumors reality? And where in that photo does it reference MBP?

I use this app and had reason to do email exchanges with the developers (brothers I think) because it sent my (and other users) CPU over 100%, and they couldn't replicate this their end. They are really nice fellows, but I don't believe for one moment that they have prior knowledge of retina displays.

Meanwhile the exposure (and consequently sales) of this app skyrockets just because Retina support is listed as one of the new features. Developer: PROFIT!
Last edited: Jun 8, 2012
J

No such thing as bad publicity?

I notice that they are using a newer version of Rsync than that which comes with lion which presumably means that they have distributed it with their application in contravention of Rsync's GPLv3 license.

As far as I remember its forbidden to distribute GPL software through the MAS. Does anyone else know what the legal position is?
You must log in or register to reply here.
Share:
Facebook Twitter Reddit Email Link
Register on MacRumors! This sidebar will go away, and you'll see fewer ads.
Sign Up
Top Bottom