Apple's long-rumored AR/VR headset could be delayed until 2023 after being beset with issues during the development process, according to Bloomberg. 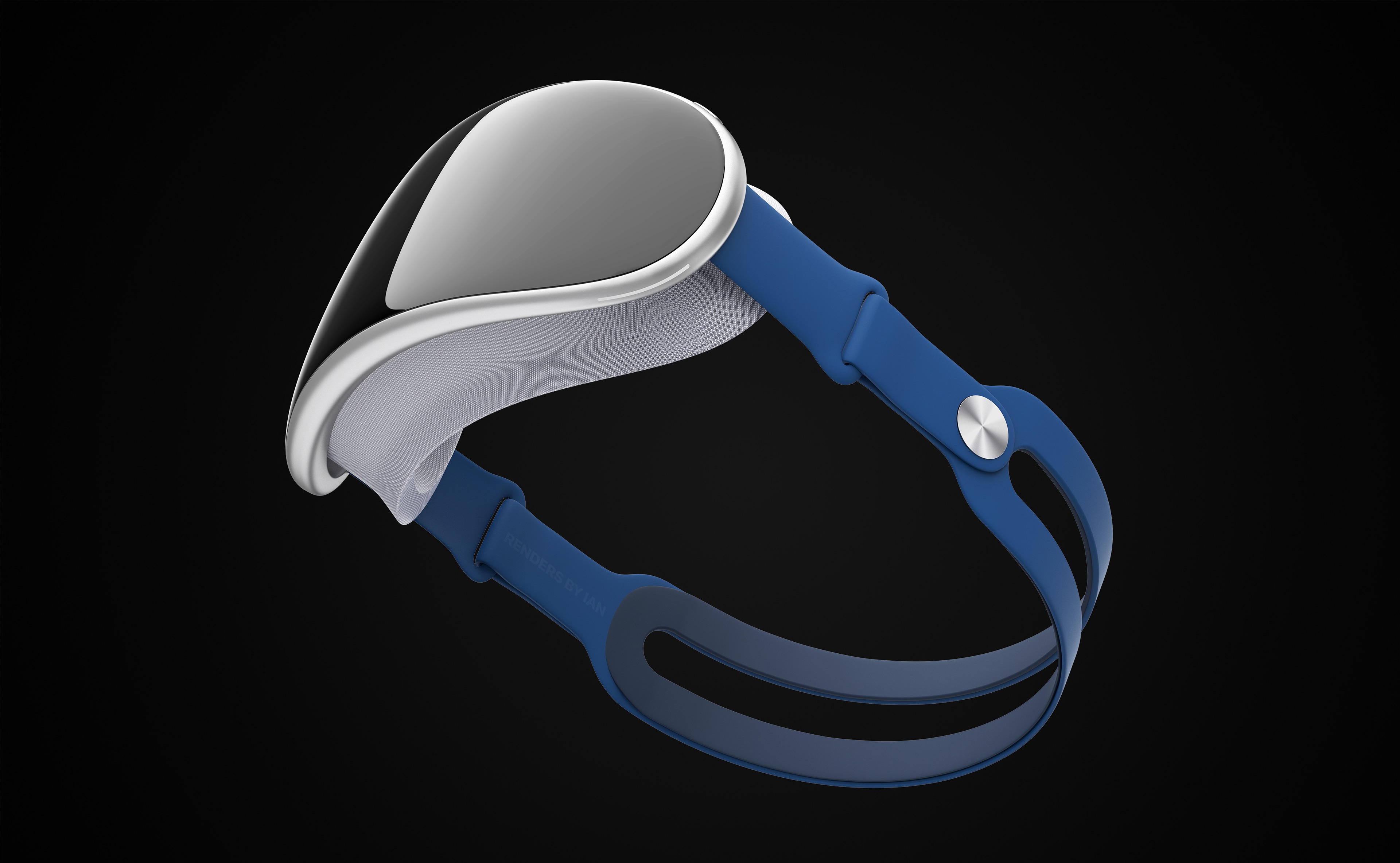 Concept render based on purported leaked information by Ian Zelbo​
Citing people familiar with Apple's plans, the report claims that Apple originally planned to launch the headset in 2021 and ship it this year. The company then set its sights on WWDC in June 2022 to launch the product, but this is reportedly now unlikely due to a number of development issues.

The headset is said to be facing issues with overheating, as well as camera and software challenges. The device is rumored to feature two chips, and Bloomberg believes that at least one of these will be on par with the M1 Pro from the latest MacBook Pro models. The thermal demands of this chip are believed to be the cause of overheating issues.

Earlier designs attempted to mitigate thermal issues by using an external processor device that would transmit data wirelessly to the headset, but Sir Jony Ive reportedly rejected the concept. Apple is currently said to have around 2,000 employees working on its AR/VR headset.

As a result of these development problems, Apple is now considering delaying the launch of the headset until late 2022 or 2023. Apple purportedly informed supply-chain partners that the device is unlikely to be released until 2023, but it is apparently still pushing vendors to have units available for the end of 2022. Cameras for the headset supplied by LG Innotek are due to begin production as early as the second quarter of this year.

The company is now believed to be planning to focus WWDC in 2023 specifically around building virtual and augmented reality apps to kickstart the device's App Store. The headset itself is still rumored to run "rOS," internally codenamed "Oak."

iOS 16, which is internally said to be codenamed "Sydney," will supposedly feature built-in support for the headset to lay the groundwork for the device. Bloomberg notes that this means Apple "could theoretically preview technical aspects of the headset or its software, without showcasing the full device" at this year's WWDC.

Apple has considered pricing the device at more than $2,000, justified by the device's more advanced display, chip, and audio technologies compared to competitors. It originally expected to sell just one headset per day per retail store, and the company's latest forecast to suppliers expects sales of seven million to 10 million units during its first year.

I can’t see myself wearing goggles out and about so I’m not too fussed about any delays.
Reactions: Count Blah, PhillyGuy72, M3gatron and 17 others

Just another AirPower mat all over again. Will the headset ever get released?
Reactions: Count Blah, PhillyGuy72, karranz and 21 others

With the delay of temperature sensor on Apple Watch, under screen FaceID on the phone, and now this (all in the same week)… 2022 seems to look a bit more boring and less promising
Reactions: Count Blah, Shirasaki, BulkSlash and 11 others

I not only want this, I cannot do another year of rumors about it! ?
Reactions: richinaus, Shirasaki, RogerWade and 14 others

Delayed my ass. I bet it was never going to come out this year (or) next year in the first place.
Reactions: TheMadCow, turbineseaplane, chfilm and 26 others

kuwxman said:
Just another AirPower mat all over again. Will the headset ever get released?
Click to expand...

airpower was announced. These are a rumored product, so would not put them in the same category.
Reactions: traveltoromantis, NEV3S, Kabeyun and 18 others
F

A release this year felt surprisingly soon to me, actually.
Reactions: Kabeyun, - rob -, wilhoitm and 7 others
N

I don’t think anyone visiting MR cares about this mythical VR headset anyway.

Ok, just so that this comment doesn’t generate 13 “disagrees”, I’ll reword it and say that few people care about it
Reactions: richinaus, Shirasaki, opiapr and 18 others

Damn, now we have to look at that ski goggle rendering for a couple more years...
Reactions: Count Blah, turbineseaplane, Shirasaki and 33 others
S

I can't say that I'm surprised - launching this year seemed really aggressive. Apple needs to get this right the first time. If they launch and the first generation flops that would be really bad.
Reactions: Shirasaki, decypher44, ja' and 8 others
D

Think of all the product experience(iphone/watch/Airpods/Silicon etc) Apple will now incorporate into AR. This will be a product game changer…again for Apple
Reactions: Gasu E., M3gatron, kurtfoster and 10 others
W

Amazes me that anyone who has used VR would think this render is a good design. There's no top support of any kind. How would that not just slide right off your face? Is Apple going to solve the problem of the weight and balance of displays and lenses?
Reactions: BulkSlash, decypher44, mjs916 and 5 others

Overheating issues? This is not good anyone remembers AirPower. To this day, it still doesn't exist. 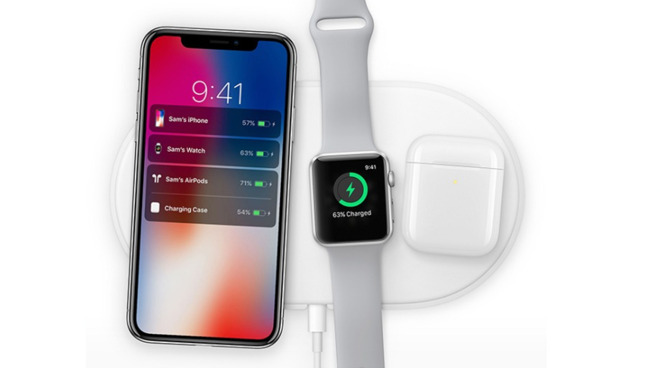 kuwxman said:
Just another AirPower mat all over again. Will the headset ever get released?
Click to expand...

At least this one is not officially released yet. Maybe, but just maybe, Apple learned something about adding unfinished things to the Keynote just for headlines. We'll see.

In any case, you can expect it to be bug ridden for the first 18 months anyway. Then there will be version 2 hardware that is not compatible with version 1. Then everyone will have to upgrade hardware. Oh, and the new hardware will be more expensive, not less. Oh and you have to have a subscription to use it. And everything you view will have to be approved by Apple's content monitors (for the safety of the Children).

Remember which other Apple product was delayed presumably due to overheating?

Good. I'd like to keep my iPhone for a bit longer before it becomes obsolete.
Reactions: Huck and TheYayAreaLiving 🎗
M

I don’t mind having it delayed if that’s what it takes to have a great experience. Most VR stuff at the moment is only half baked with low quality imagery
Reactions: kurtfoster, mjs916, BromoCop and 2 others

I guess that 2022 Predictions MacRumors podcast with Mark Gurman about us “for sure” knowing a lot more about the headset by January 2023 aged poorly in only like a week. ?

The gear VR used to overheat like crazy. The solution was to strap ice packs to the front and change them out every 15 minutes. Talk about looking cool!
Reactions: KurtWilde

iPhone is here to stay for the next decade or so. I don’t think AR/VR will ever replace the iPhone. Can you imagine people walking outside with ? on? It’s 2022 and there are so many improvements that still that needs to be made.
Reactions: svish, rgarjr, RogerWade and 5 others

To be fair apple haven’t announced it so not really, oculus pro will love this news
Reactions: SFjohn

4jasontv said:
The gear VR used to overheat like crazy. The solution was to strap ice packs to the front and change them out every 15 minutes. Talk about looking cool!
Click to expand...

To be fair apple haven’t announced it so not really, oculus pro will love this news
Click to expand...

Yeah, it's not quite "vaporware" yet. The AirPower was promised and even shown at an event and then it was like "nevermind, it doesn't exist". That's true vaporware. This is just something that's been rumored.
Reactions: mjs916, Crow_Servo, SFjohn and 2 others