Apple this week began selling refurbished 8th-generation iPad models through its online store in the United States for the first time since the device was released last year. As usual, the refurbished models are discounted by approximately 15% compared to brand new models, with pricing starting at $279 for the 32GB model versus $329 new. 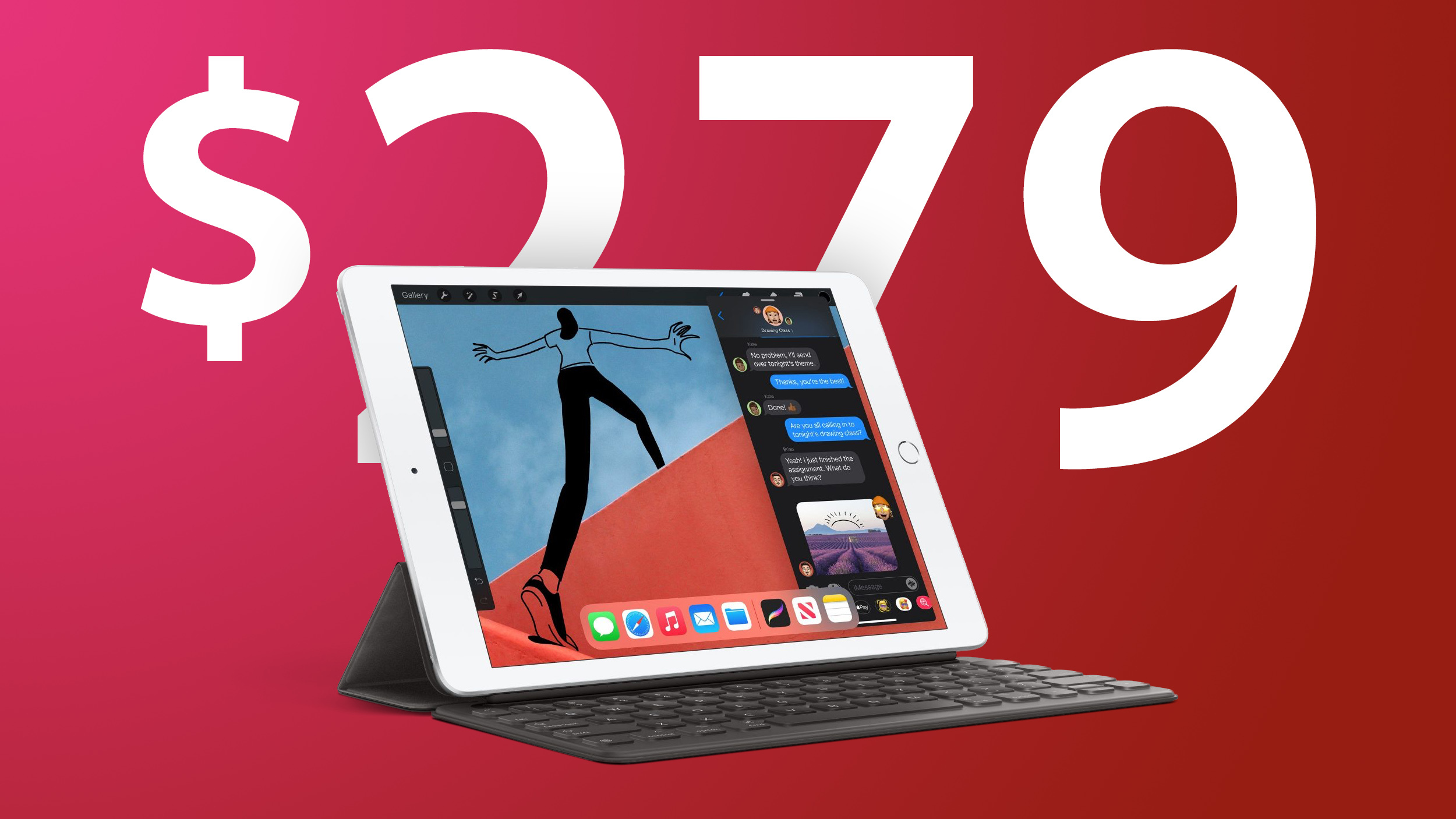 Apple says its certified refurbished iPad models are thoroughly inspected, tested, cleaned, and repackaged in a new white box, with a Lightning cable, power adapter, and manuals included in the box. A refurbished iPad also comes with a new battery and a new outer shell, making it virtually indistinguishable from a brand new iPad.

Introduced in September 2020, the 8th-generation iPad features a 10.2-inch Retina display and the A12 Bionic chip with a Neural Engine.

Refurbished iPads are covered by Apple's standard one-year warranty. This coverage can be extended with an AppleCare+ for iPad plan, available for a one-time fee of $69 or $3.49 per month for 24 months in the United States.

Apple also started selling refurbished 2020 iPad Pro models this week. While certified refurbished iPads represent a decent opportunity for savings straight from Apple, better deals are sometimes available from resellers like Amazon and Best Buy. Be sure to monitor our Apple Deals roundup for the latest discounts on Apple products.

Nice! Getting rid of the left over inventory and refurbished models. Right on time during back to school and college season. ?
Reactions: Jovijoker, TVreporter, DanTSX and 1 other person
D

iOS devices come with a brand new shell and new battery so it's pretty much new. For students, every dollar counts.
Reactions: Jovijoker, Soulman, supergt and 20 others
M

Are 8th generation current? Shouldn't they have a release season/year (Late 2020)?

There’s no discernible difference between Apple Certified Refurbished and new Apple products. There’s no reason imo not to buy Apple refurbished if you have the option, especially for Macs.
Reactions: Jovijoker, Soulman, SantaFeNM and 9 others

Is this good deal

Discount is only 10% off! Stupid buy, since old technology already! I do not get why anyone would do this?
Reactions: Shirasaki, nfl46, Jayayess1190 and 2 others

I bought refurb from Apple for years. Though I feel that the deals used to be better.

This brings items into impulse buy territory for many, or allows some to afford multiples.

Even though I now can (and do) buy whatever I want, that wasn’t always the case, and Apple refurbs were my gateway into Apple (after buying deeply used for a few years). It’s a testament to Apple product longevity that they are still useful products well beyond being current products. (I.e. using used G4 TiBook well into 2011)
Reactions: Jovijoker

I think this is a good buy actually. Some people just need their iPads to play some music, light web browsing and to check email, they don’t need much power.
Reactions: BadgerRivFan, Soulman, karatekidk and 5 others

xxray said:
There’s no discernible difference between Apple Certified Refurbished and new Apple products. There’s no reason imo not to buy Apple refurbished if you have the option, especially for Macs.
Click to expand...

It’s better than new. It’s another round of QC (potentially more thorough than brand new), and new battery.

Most refurbs are probably never even used originally. They are probably returns that people sent back for having screens too yellow or home buttons too clicky.
Reactions: Jovijoker, J.J. Sefton and ian87w
S

My last three computers have been refurbs. I expect they won't be able to keep the refurbed M1 iMacs in stock when those become available.
Reactions: TVreporter and DanTSX

HarryWild said:
Discount is only 10% off! Stupid buy, since old technology already! I do not get why anyone would do this?
Click to expand...

Maybe they were just about to buy a new one...?

The $ saved buys a case or most of AppleCare...
Reactions: HarryWild

That's because you don't understand how Apple does refurbishments. From almost every aspect it's a new device, including a new battery. It also comes with the standard Apple warranty.
Reactions: Boyyai, tongxinshe and TVreporter

mannyvel said:
Are 8th generation current? Shouldn't they have a release season/year (Late 2020)?
Click to expand...

HarryWild said:
Discount is only 10% off! Stupid buy, since old technology already! I do not get why anyone would do this?
Click to expand...

TheYayAreaLiving said:
Nice! Getting rid of the left over inventory and refurbished models. Right on time during back to school and college season.
Click to expand...

I bought 8gen 128GB iPad 2020 to replace aging iPad Pro 9.7 2016. In general, 8 gen speed is higher, iPad Pro has better sound and graphics, but 8gen has larger storage and much, much cheaper, so in general I am quite happy and also the screen is a bit larger (9.7->10.2), screens seemed largely close enough for me, but Pro has laminated screen I think, 8 gen has just a normal screen, both use Apple Pen 1st gen

Mrjetsondc said:
Is this good deal
Click to expand...

Of course not, maybe for the uneducated.

$280 has been the selling price for new iPads many times before.
Reactions: atmuris, Boyyai and Mrjetsondc

As typically happens this time of year, devices that will soon be replaced by newer models show up on sale or start showing up in Apple's refurbished site. It's all happening as expected. My frustration relates to the earlier predicted new iPad Mini. I very much want one and really don't want to wait until 2022 to get one. Yet, none of the indicators noted above have been happening with the iPad Mini, and there haven't been any recent articles on it. Has anyone here heard anything recent on the tipic?
You must log in or register to reply here.
Share:
Facebook Twitter Reddit Email Share Link
Register on MacRumors! This sidebar will go away, and you'll see fewer ads.
Sign Up
Top Bottom